After reviewing dozens of candidates for our first annual Young China Watcher of the Year Award, our nomination committee narrowed the list of highly qualified individuals down to five. These outstanding nominees represent a wide variety of China-related fields: they work (or have worked) in journalism, academia, government, nonprofit, and think tanks. They live across the world and have spent a significant amount of time living in or studying China to help a broader audience understand what are often complex or opaque topics.

This year’s shortlist consists of:

As we prepare to announce this year’s Young China Watcher of the Year, be sure to purchase a ticket for our award show on Tuesday, November 6 in New York. The event will feature jianbing from Mr. Bing, a keynote address by New Yorker staff writer Evan Osnos, and a presentation by this year’s winner on the outstanding work they are doing to elevate the global understanding of China. . 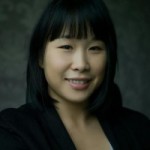 An experienced journalist, Joanna has centered her writing on difficult issues facing modern China. After years of working as a correspondent in Beijing, Joanna is now deputy managing editor of Star Vancouver, the West Coast bureau of Canada’s largest daily newspaper, Toronto Star. Her personal focus is on amplifying women’s voices and strengthening the network and community of women working in fields relating to China. She maintains a database of female journalists, which has been a valuable resource to work against all-male panels and cited experts. Her new initiative, NüVoices, also works towards this goal of connecting women China watchers and providing mentorship and support to develop burgeoning careers.

Young China Watchers (YCW): What excites you about your current work?

JC: When I was a kid, I spent my weekends in the library reading about China so I’m grateful that for most of the past decade, I’ve been paid to learn more about China every day. I worked as a reporter based first out of Hong Kong and then Beijing. I mostly covered human rights, the environment, and social justice issues, so it hasn’t always been easy, but getting to talk with hundreds of really interesting people in such an exciting place was an incomparable experience. I recently co-wrote an investigative story about the Chinese government ties of a Canadian society at the center of a vote-buying scandal. I’m happy that even though I’m not living in China anymore, I can continue learning, connecting with fellow China nerds and providing the public service of sharing information widely.

JC: Of course, I have to plug the NüVoices directory of nearly 500 amazing Greater China experts. A group of us started the directory to counteract the “manels” phenomenon, and it became so popular that we grew the idea into a full-fledged international editorial collective to celebrate and support the diverse creative work of self-identified women working on the subject of China. We have launched chapters in Beijing, Shanghai, Hong Kong, Berlin, New York, London, and Taipei, and produce original articles emphasizing women’s work on China on our website as well as work on the upcoming publication of a print anthology. 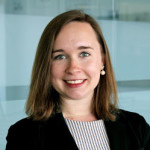 Abigail started her career with a two-year stint as a member of the U.S. National Security Council staff focused on China policy. She then moved to her current position at the Center for a New American Security (CNAS), where she writes about China’s foreign policy as well as U.S.-China trade policy. Recently, she co-authored a major report on U.S. responses to China’s Belt and Road Initiative.

AG: Undoubtedly, China’s perception of itself as a global actor is shifting in ways that are not yet entirely clear. The opacity of China’s information environment and its own complex internal dynamics also provide rich material for analysis. Sometimes, when researching one discrete question, there are multiple “truths” or “answers,” which at times seem contradictory. For me, this means that every day is a new challenge where nothing is certain, and I’m pushed to think in different ways.

YCW: To whom do you turn to help you understand your area of expertise?

AG: I’m fortunate that I’ve had phenomenal mentors and distinguished “China-watchers” that both imparted their knowledge to me and constantly challenged my own preconceived notions. I also find that my writing that I am most proud of is inspired by research travel and interactions with PRC scholars studying the same issue sets that I am, but from their own vantage point. 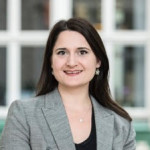 Samantha’s writing on China’s security and social credit systems attracted significant attention this year, turning both the public and lawmakers around the world onto a previously little-discussed topic. Her PhD thesis coined a new term, “automnic,” to describe the country’s approach to state security. Samantha’s work as a visiting academic fellow at MERICS (a YCW Partner) and non-resident fellow at the Australian Strategic Policy Institute (ASPI) has continued to shed light on a topic that will be a central part of discussions on the power held by the Chinese Communist Party for many years to come.

SH: I honestly enjoy the process of falling down a bit of a rabbit hole as I try to further understand the many dimensions of my research. It is also exciting to see that aspects of my research are increasingly becoming a part of a larger conversation outside of China studies.

YCW: What is one fact about China you’ve learned—through research or experience—that you think others might not know?

SH: The most important thing, especially in my research, is to never conflate the Chinese Communist Party with China. It is important to be clear about the distinctions between the two—not only in language choice while writing or speaking, but also as you research and try to define concepts.

Editor’s note: While MERICS is a YCW Partner, this affiliation was not a factor in the nomination or shortlisting process. 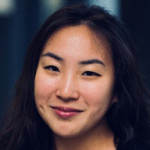 Oma was nominated for her outstanding work in China’s nonprofit world. She served as a senior analyst at the China Philanthropy Research Institute at Beijing Normal University, where she was part of an extraordinary team that supported government efforts to formulate and implement regulations for local and foreign NGOs. Through this work, ​their team had input into the Chinese law that now governs NGOs operating in China. Her work has facilitated NGO registration and operations in a changing environment. Oma was also a Richard Rockefeller Fellow with the Rockefeller Brothers Fund in New York, NY.

OL: A changing China! There is always so much to do, in areas that you would never expect! I’m so inspired by my friends both in and outside of China who see interesting opportunities everywhere and are not afraid to experiment.

OL: Talk to a lot of people! From different industries, backgrounds, and walks of life. Everyone’s perspective will tell you something valuable. 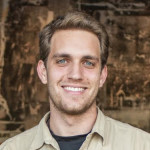 Matt was nominated for his empathetic and well-informed writing on U.S.-China relations. His commitment to informing others is also clear: His Chinafornia newsletter is widely read; his articles at the Paulson Institute are full of timely analysis; and he made major contributions to Kai-Fu Lee’s recent book AI Superpowers.

MS: I love that there isn’t yet a heavy-handed conventional wisdom about fields like Chinese technology and artificial intelligence. The questions and narratives here are taking shape in real time, and that gives an opportunity to young people to bring fresh perspectives to the debate.

MS: Chinese friends of mine are the people I turn to for understanding this country from the ground up. Chinese citizens might not always have access to certain facts about their own country, but they often have a deeper intuitive understanding of social dynamics that outside analysis is missing. I owe so much in this department to my best friends there, Zhang Wen and Kai.

Editor’s note: YCW interviewed Matt in September 2017 for our Featured Young China Watcher series; however, this was not a factor of the nomination or shortlisting processes.

Announcing the 2018 Shortlist: Young China Watcher of the Year Award