After reviewing dozens of candidates for our second annual Young China Watcher of the Year Award, our nomination committee narrowed the list of highly qualified individuals down to five. These outstanding nominees represent a wide variety of China-related fields: they work (or have worked) in journalism, government, nonprofits, and arts & culture. They live across the world and have spent a significant amount of time living in or studying China to help a broader audience understand what are often complex or opaque topics.

This year’s shortlist consists of:

As we prepare to announce this year’s Young China Watcher of the Year, be sure to purchase a ticket for our award show on Saturday, November 2 in London. The event, which follows our annual YCW conference, will feature a presentation by this year’s winner on the outstanding work they are doing to elevate the global understanding of China. Click here for more information and to purchase tickets to the awards show. 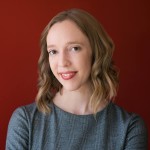 Bethany Allen-Ebrahimian is an investigative journalist whose work has focused on how China uses its economic power to spread authoritarianism beyond its borders and shut down free speech. She previously worked as a reporter and editor at Foreign Policy magazine and a national security reporter at The Daily Beast.

Young China Watchers (YCW): What excites you about your current work?

BAE: Journalism is my dream career. It has set free my curiosity and given it wings. I have learned how to turn my passion for knowledge and justice into printed investigations that sometimes make a tangible difference. And journalism has given me a community of like-minded peers. I feel lucky every day that I’m able to be doing what I do. I learn something new every day, and I’m always striving to improve.

BAE: Leta Hong Fincher’s book Betraying Big Brother offers an incredible framework for understanding the relationship between patriarchy and authoritarianism, which unfortunately is key to understanding both China and other parts of the world today—including the United States. I would also recommend Ben Mauk’s recently published work “Weather Reports: Voices from Xinjiang.” It’s a collection of eyewitness accounts from people who survived the concentration camps and open-air jail that the Chinese Communist Party has constructed in Xinjiang—what Mike Pompeo has called the “stain of the century.” It breaks my heart that this is the kind of resource that is vital for understanding China today. I would much rather be recommending something like, “How China created a more just and equal society for all” or “How China stopped climate change.” But that’s just not reality. Maybe things will be different in the future. 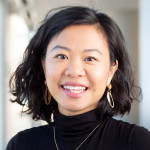 Emily Feng, NPR’s Beijing correspondent since February 2019, roves around China, through its big cities and small villages, reporting on social trends as well as economic and political news coming out of Beijing. Feng contributes to NPR’s news magazines, newscasts, podcasts, and digital platforms. She began her journalism career in China as a freelancer before becoming the Financial Times Beijing correspondent in 2017, where she she covered a broad range of topics, including human rights, technology, and the environment. Among other issues, he won wide acclaim for her coverage of China’s detention and surveillance campaign in Xinjiang (including recognition in the Amnesty Media Awards, Human Rights Press, and the British Journalism Awards). Prior to her work with the Financial Times, Feng freelanced in Beijing, covering arts, culture, and business for such outlets as The New York Times, Foreign Policy, and The Economist.

EF: My work takes me to places I would never otherwise go and puts me in touch with people who I would otherwise never meet. Some days I wake up in a panic because I don’t know how I’m going to report what I’ve set out to do. Most of the time, I get it done and the result—ideally a mix of solid reporting and stellar storytelling—is oh so satisfying.

YCW: What resources do you recommend to those interested in developing a greater understanding of the media in China?

EF: I follow Twitter obsessively—it’s a great way to get some behind the scenes understanding of what reporters undergo while reporting the stories you see each day. I’m obviously biased, but I also track bylines closely. Understanding how a correspondent builds their coverage and follows a story over months or even years has taught me a lot about reporting works. And join the Foreign Correspondents Club if you live in Beijing and Shanghai! 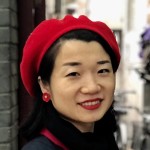 Karoline Kan is the Beijing editor at China Dialogue, a London-based independent organization dedicated to promoting a common understanding of China’s urgent environmental challenges. Before joining China Dialogue, she was a journalist at The New York Times Beijing office. She has won the 2016 International China Journalists Association’s award, in the section of opinion/personal narrative. And in 2019, her writing won The Honorable Mention by The Society of Publishers in Asia Awards of reporting on Arts & Culture. Her memoir Under Red Skies was published in 2019 by Hachette and Hurst and is the first English-language memoir written by a Chinese millennial.

KK: At China Dialogue, we try to work as a bridge for further understanding between China and the rest of the world on issues like climate change, environment protection, and sustainable development. As China’s role is getting more and more important globally, China’s environmental issues also matter to the rest of the world. I am glad what we are doing is raising awareness on topics that would otherwise be overlooked. Besides my day job, I also write a broader range of topics about China which I hope could be useful in helping people interested in China to understand this country and its people.

YCW: What resources do you recommend to those interested in developing a greater understanding of Chinese millennials?

Editor’s note: YCW London and the London chapter of NüVoices hosted an event featuring Karoline Kan in May 2019; however, this was not a factor of the nomination or shortlisting processes. 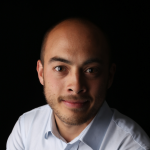 Simon Shieh, a writer and educator, has lived in Beijing for 10 years. In 2015, he served as a Princeton in Asia fellow teaching American Politics and Culture at China Foreign Affairs University. Soon after, he founded InkBeat Arts, a project that fosters artistic expression among students in China through workshops and a bilingual literary magazine called InkBeat Youth Journal. In 2016, he co-founded Spittoon Literary Magazine—a biannual publication which translates and publishes the best new Chinese writers in English—with the mission of raising the profile of Chinese arts and letters on the world stage. Simon’s own writing has been published in Poetry Daily, SupChina, Tupelo Quarterly, Muzzle, Spillway, Grist, The Journal, Passages North, and BOOTH, among others, and has twice been nominated for Best of the Net. He currently teaches high school English at Beijing World Youth Academy and serves as Editor-in-Chief of Spittoon Literary Magazine.

SS: I work full-time as a high school English teacher at Beijing World Youth Academy, and this is endlessly fulfilling. I felt locked out of literature for my whole high school career, so giving my students as many ways into literature as possible is a joy and a welcome challenge. As the Editor-in-Chief of Spittoon Literary Magazine, I am excited by the range of subjects and styles I see in Chinese literature and art, from gender and sexuality to environmental concerns to life abroad. Also exciting is the resounding enthusiasm Western readers are showing for Chinese literature today. Lastly, as a poet, I am currently excited by this line of poetry by Jenny Xie: “If only the journey between two people / didn’t take a lifetime” (from “Solitude Study”).

YCW: What resources do you recommend to those interested in developing a greater understanding of poetry in China?

SS: If you want to learn more about Chinese poetry, Spittoon Literary Magazine and Pathlight are both excellent periodicals that highlight exciting contemporary Chinese writers translated into English. There are also many Chinese poetry anthologies, including Jade Ladder: Contemporary Chinese Poetry, or, for a more nuanced look into the emerging genre of poetry by migrant workers, Iron Moon: The Poetry of Chinese Workers. Eliot Weinberger’s 19 Ways of Looking at Wang-Wei is a classic meditation on the act of translation; Maghiel van Crevel’s Chinese Poetry in Times of Mind, Mayhem and Money is a good read for a critical and historical perspective on contemporary Chinese poetry; and lastly, some translators of Chinese writing to look out for: Lucas Klein, Eleanor Goodman, David Haysom, Nick Admussen, Austin Woerner, Nicky Harman, David Hinton, Julia Lovell, Jeremy Tiang, and many others.

Virginia Tan—Founding partner, Teja Ventures; Co-founder of both She Loves Tech and Lean In China 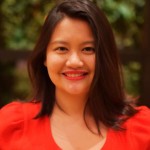 Virginia Tan is the founding partner of Teja Ventures, Asia’s first gender lens venture capital fund, which targets early stage companies relating to the She Economy. She co-founded She Loves Tech, a global initiative focusing on technology by women and technology for women, which also houses the world’s largest competition for women and technology startups, held across more than 20 international locations. Virginia Tan is also the co-founder and president of Lean In China, one of China’s leading nonprofit platforms with over 100,000 members across more than 25 cities and 100 universities in China, which supports the goals and aspirations of Chinese women. She has a background in law and finance and was previously a lawyer specializing in energy, resources and infrastructure sectors in emerging markets. She was selected by the World Economic Forum as a Global Shaper in 2014 and was named by Fast Company as one of China’s 100 most innovative people in business in 2019.

VT: The chance to chase the dream and build up the She Economy in Asia—which values women as a demographic across the entire value chain of investment.

In addition, the ability to work with some of the best entrepreneurs in the world—who are able to scale growth impact through the use of technology.

YCW: What resources do you recommend to those interested in developing a greater understanding of the She Economy in China?

Announcing the 2019 Shortlist: Young China Watcher of the Year Award