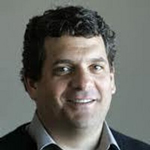 Since 1989, Ted Plafker has been a Beijing-based foreign correspondent, covering all aspects of the ever-changing China story for a variety of publications, including the South China Morning Post, Boston Globe, Washington Post, Chronicle of Higher Education, International Herald Tribune, and others. He has been writing for The Economist since 1994. A New Jersey native, Ted graduated with a degree in Russian studies from Wesleyan University in 1986. 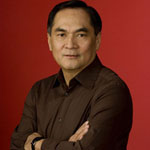 Jaime FlorCruz was CNN’s Beijing Bureau Chief and correspondent, responsible for strategic planning of the network’s news coverage of China from 2001-2014. Jaime has studied, worked and travelled in China for more than 40 years, and reported extensively on the country as a journalist since 1980. In 1982, he joined TIME magazine’s Beijing bureau, and served as Beijing bureau chief from 1990 to 2000. Jaime is currently writing a book on his personal account as student at Peking University (1977-82) to be published in early 2016.

Along with its emergence as a world power, global interest in China’s affairs has changed dramatically since the 1980s. Thirty years ago there were around 100 foreign journalists in Beijing–a number that has grown to more than 700 today. How has the coverage changed as China has opened up and what are the differences in how China is presented to the rest of the world?

Beijing – ‘All the News in China: How Reporting Has Changed in China Over the Last Three Decades’ with Ted Plafker, Beijing Correspondent for The Economist, and Jaime FlorCruz, Former CNN Beijing Bureau Chief