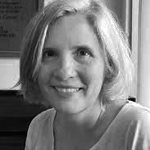 Shelley Rigger is the Brown Professor of East Asian Politics, Chair of Chinese Studies and Assistant Dean for Educational Policy at Davidson College. She has a PhD in Government from Harvard University and a BA in Public and International Affairs from Princeton University. She has been a visiting researcher at National Chengchi University in Taiwan (2005) and a visiting professor at Fudan University (2006) and Shanghai Jiaotong University (2013). She is a non-resident fellow of the China Policy Institute at Nottingham University and a senior fellow of the Foreign Policy Research Institute (FPRI). Rigger is the author of two books on Taiwan’s domestic politics, Politics in Taiwan: Voting for Democracy (Routledge 1999) and From Opposition to Power: Taiwan’s Democratic Progressive Party (Lynne Rienner Publishers 2001).

On January 16, 2016, Taiwan will hold general elections and choose its next president. Just a few years ago, Taiwanese were enthusiastic about the benefits cross-Strait economic ties were bringing to the island. Today, popular views on cross-Strait economic relations are ambivalent at best.

Dr. Shelley Rigger joined Young China Watchers to examine the socioeconomic and political context surrounding Taiwan’s election and the likely direction of cross-Strait relations under new Taiwanese leadership. She also shared her thoughts on the recent Xi-Ma meeting and her ideas for sustaining the successes of cross-Strait engagement over the past seven years beyond this year’s elections.