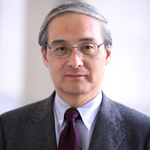 Since 2003, Fumiaki Kubo(久保文明) has been the A. Barton Hepburn Professor of American Government and History at the University of Tokyo. In 2014, he was a Japan scholar in the Asia Program of the Woodrow Wilson International Center for Scholars. Since July 2014, he is a member of the Basic Policy Working Group of the Space Policy Commission, Cabinet Office in Tokyo. He received a doctorate in law from the University of Tokyo and was a professor at Keio University, a Fulbright scholar at Georgetown University and the University of Maryland, and, from 2001 to 2002, a member of Prime Minister Junichiro Koizumi’s discussion panel on a direct election system for the prime minister. His publications include: America’s Rebalancing to Asia (2013) and American Unilateralism and Its Domestic Origins: Reaganism and After (2002)

Economically, socially, and technologically, Asia’s nations are taking strides towards welfare and prosperity both societally and individually. On the one hand, this is the story of a region rising together: Trade and political ties are flourishing as the region draws into closer cooperation. On the other hand, this is the story of an unbalanced rise, of uneven growth rates and asymmetrical global influence, exacerbated as old disputes now come back to haunt the region. It is the role and rise of China that looms large, be it on the latest foreign policy or security developments, and more general questions such as conflict resolution or economic development, as well as on different perceptions of history. Current major concerns regard China’s disputes with Japan and South East Asian states (mainly the Philippines currently) over territorial questions, and the likelihood of war, putting the Asian order at stake. China’s neighbouring countries, in particular Japan, seem to face a security dilemma in Asia: Could greater co-operation to hedge against China lead to a perception of an anti-China coalition and increase tensions between China and other powers, instead of decreasing them? But before thinking about the future one needs to understand the past – which is certainly true in relation to Asia

Berlin – ‘Sources of Tension Between Japan and China: Why Historical Perceptions Matter’ with Fumiaki Kubo, A. Barton Hepburn Professor of American Government and History at the University of Tokyo