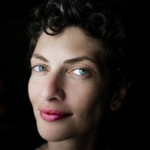 Beatrice Leanza is a creative director and co-founder of The Global School, China’s first independent institute dedicated to design and creative research, and B/Side Design, an organization developing strategies of urban and social impact in areas of socioeconomic transformation in China. Based in Beijing since 2002, she founded creative studio BAO Atelier in 2006, and served as creative director of Beijing Design Week from 2012 to 2016. Beatrice is chief curator of the international research program “Across Chinese Cities,” featured at the Venice Architecture Biennale in 2014, 2016 and 2018, and is a member of the international advisory board of Design Trust (Hong Kong). She earned an MA in Asian studies from Ca’Foscari University, and began her career working with Ai Weiwei as a curator at China Art Archives and Warehouse. Her book “Ideas in Action – Critical Design Practice in China” was published in 2016.

Young China Watchers (YCW): Can you tell us what initially drew you to Beijing in 2002, and about your first impressions of urban design and living conditions in the capital at the time?

Beatrice Leanza (BL): I have a background in Asian studies and am by training an Asian art historian. When I moved to Beijing I started working with Ai Weiwei and did so for almost four years, partly due to my dissertation research. Fifteen years ago, Beijing was another city— whole parts of it did not even exist yet! That was the time of pre-Olympic Beijing, the moment of big construction, of the grand urban fabric in full unfolding—that type of city-making was unprecedented. If you went out in Beijing and tried to look for a house then, it was a scavenging adventure.

It was new not just to me—an Italian student coming to China in the early 2000s—it was new to Chinese people too. It was a moment of collective staring into the future: from your own window. Awareness of the impact and function of ‘urban design’ has only more recently spread among the general public. Living in Beijing today brings challenges of a different nature, but what remains, I find, is a strong desire and attempt to maximize your resources.

YCW: How has China’s rapid economic growth and expanding middle class impacted the enthusiasm for Chinese vernacular architecture, like the traditional hutong model, among the laobaixing and residents of cities like Beijing, Tianjin and Shenzhen? Has this interest waned in favor of a more conspicuous “modern” lifestyle?

BL: Everyone wants to live better, but liveability is predicated on social reciprocity. In my experience during the years of Beijing Design Week, it’s always been complex to bring the voices of long-standing residents to the table, mostly because they had never been asked the question in the first place. Once you do, there is a response of mixed confusion. You have to consider in many of these hutongs there reside long-lasting communities with families that have been there for decades, who may have to leave because of the lack of modern facilities and the unfitness of living spaces. Plenty of people desire to go back. It’s a process and, like anywhere else in the world, these different trajectories and memories and forms of attachment to place will always be confronting each other. So it is about designing a methodology of rules of engagement. If you don’t develop that type of communal environment, where people can build trust and a sense of mutual dependence, how can you create anew, for the better?

There is a core generational change and a strong mindfulness by younger design practitioners in being more involved and engaged with the actual impact that their actions can have on the city. At the same time there is less opportunity for them to build wide and big like 20 years ago, due to official restrictions and thickening scrutiny over more recent years. Consider also that these cities are living conditions and environments that they haven’t really contributed in creating; they haven’t been really part of the problem, but they can be part of the solution.

YCW: We’ve seen a number of these iconic superstructures emerge from China in the last 10 years, from Herzog and de Meuron’s Bird’s Nest to Jun Xia’s Shanghai Tower to MVRDV’s library in Tianjin. What sort of tension are you seeing between the drive by municipal officials to develop an iconic skyline and the public aspiration to preserve historic neighborhoods in large Chinese cities?

BL: It’s commendable that public officials are testing and trying to a certain extent – although in this course of trial and error entire parts of cities have been mutilated, it’s hard to find an optimal alternative when dealing with these population numbers. Particularly with the most recent outcomes from the removal of people and spatial regimentation of hutongs.

China has no lack of official agendas encouraging qualitative improvements, from Made in China 2025 to Mass Entrepreneurship directives, but it really and eventually comes down to training stakeholders to speak differently to counterparts in the public and private sectors, and forging new blueprints of co-action from the very beginning. China can do it because there is a very strong public intent in ameliorating the living conditions of its enormous population mixed with a strong penchant to pragmatism. City-making today means to be contributive to a common future you are facing as an urban-dweller.

Now is a critical moment to start designing new trajectories for quality practices of community-making. For example the exhibit I curated for the current Venice Biennale presents spatial projects from all over China that operate on the micro-scale in the attempt to empower different stakeholders, governmental, civic and private players, to take part in the very process of place-making. Co-design is time-consuming but it produces real impact and methodologies that can be replicated.

YCW: Can you tell us about an example of a historic neighborhood that has implemented best practices in urban design, i.e. upgrading living standards for its residents while preserving a community-driven sensibility and aesthetic?

BL: In Beijing, historic hutong areas are different from each other. You can’t develop a perfect blueprint of action for one hutong district and apply it to another; they have different historical backgrounds and trajectories of social transformation. In my personal experience, the work we did in Baitasi (白塔寺) and Dashilar (or Dashilanr, 大栅栏) were interesting collaborations and interventions, within completely different spatial and living conditions. Dashilar was historically overpopulated and situated right at the base of Tiananmen Square, and Baitiasi was facing rapid depopulation because of a lack of modern facilities. While Dashilar used to be the business and cultural heart of imperial China, Baitasi was a prototypical literati alcove and residential area where for example Lu Xun himself lived, and also houses one of the eight great temples in Beijing, Miaoying Temple. 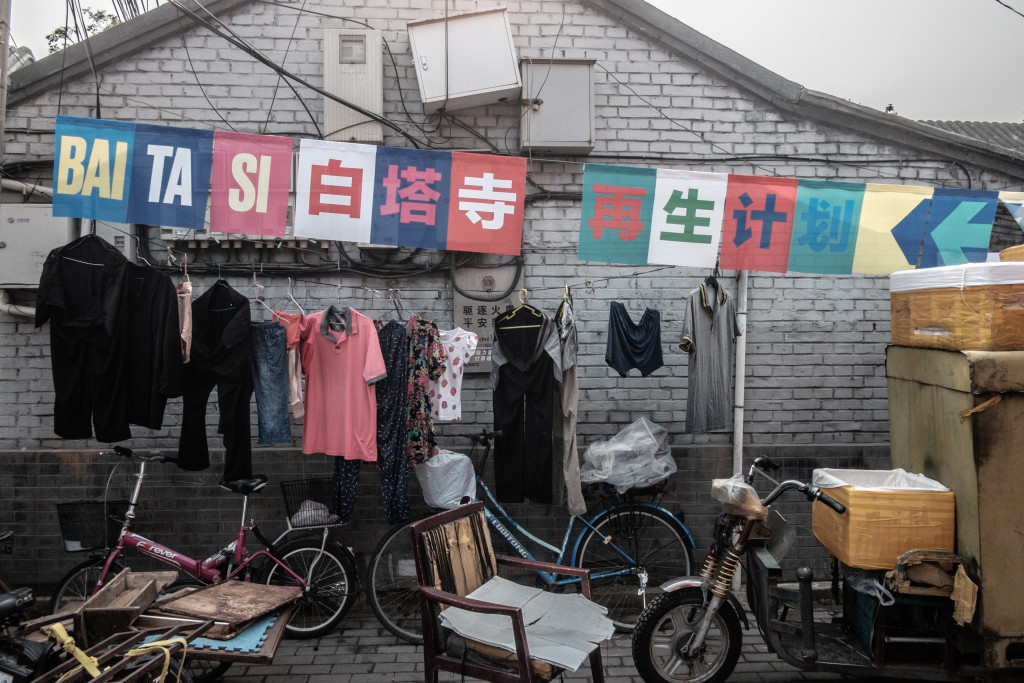 Baitasi was possibly better preserved, with a wealth of potential spaces to be reused and reactivated, and a high volume of people traffic in nearby business and financial districts. We thought, “What if this area could once again become a home for young urbanites? What kind of engine can we implant so that this coming and going can be predicated on continuity and sustainability?” This is where the concept of The Global School originated: inviting creative individuals to generate new programs of participation with the local community, allowing for an exchange that would be properly paced, never imposed, and serving a public function. 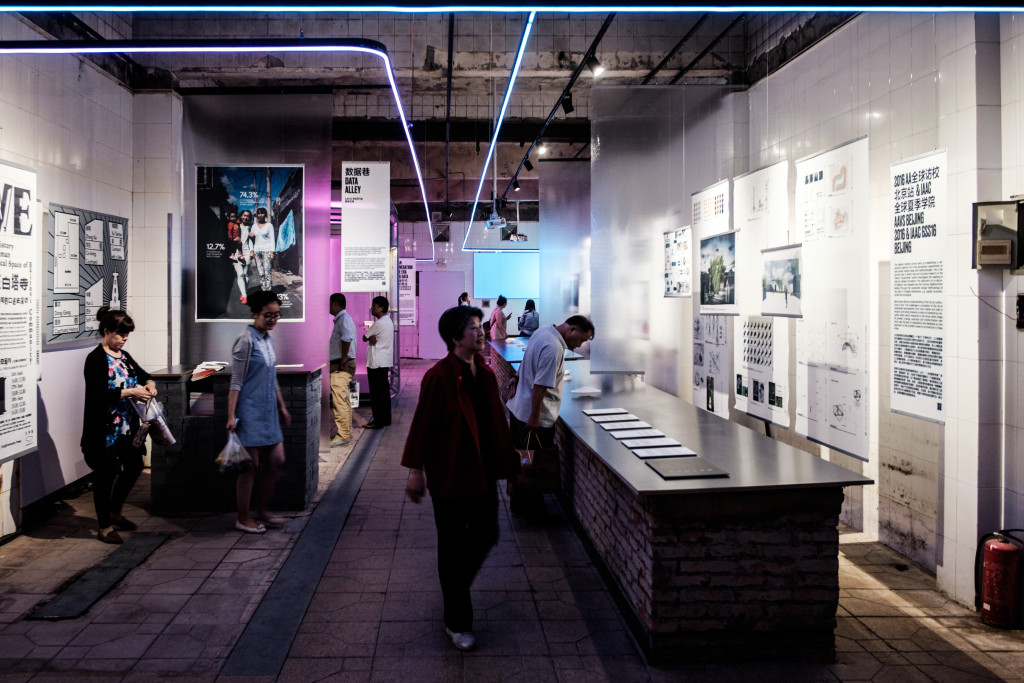 It was vital that we reached out to local residents before taking any action. Residents have a genuine interest in what is happening with their communities, and even though they are often reticent to talk, they are open and curious enough to hear you out. It takes time and patience.

YCW: China is leading the world in the number of smart city projects in development or under construction, sitting at around 500 as of February 2018. What are some of the concerns around social impact and quality of living in the context of Chinese smart cities?

BL: I think that, worldwide, “smart cities” has become nomenclature progressively devoid of tangible meaning. China is an incredible context where the rates of digital literacy are extremely high, so the possibility for alternative performance of civic and public contribution into matters of co-planning and co-design could be easily leveraged.

It is particularly interesting to look into what younger studios and younger practitioners are doing in facing a transitional framework of socioeconomic development like the one we are in now. They have to make their business sustainable in a much more saturated and competitive scenario, but sustainability is ever more linked to solutions that have a localized and responsive capacity. This capacity to read into the local context—the micro-environment of mixed and distributed communities—is the new horizon for innovators to engage.

YCW: Who are some of the rising stars in Chinese architecture that we should keep an eye on?

BL: Well, in the “Across Chinese Cities” exhibit I curated for this year’s Venice Biennale, there are 15 projects by people that are doing great things, including ATLAS Studio, People’s Architecture Office, MAT Office, Digua Community, and META-Project among others. You can find the full list of the projects here.