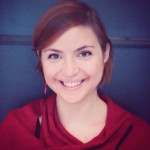 Chiara Zannini is Director of Content of YCW Brussels. She works at Polint, an EU consultancy operating in Brussels, specializing in EU Public Affairs and EU-Asia Relations. She is a co-founder of Track2Asia, a Brussels-based NGO aimed at improving cultural and informal relations between the EU and East Asia, and is also an Associate at the European Institute for Asian Studies. She holds a BA and MA degree in Chinese Studies from University of Bologna and an MSc in Politics of China from SOAS, University of London.

Young China Watchers (YCW): Your focus on China goes back to 2004, when you pursued Chinese studies at the undergraduate level. What sparked your initial interest, and was there a specific area of study that drew you?

Chiara Zannini (CZ): After high school graduation I was very confused about what to study. I wanted to stay in the field of humanities, but at the same time—after a classical Italian education with five years of Latin, Ancient Greek, Western Literature, and Philosophy—I was striving for something new, different, and unknown. Back in 2004, China was not yet a hot topic in Italy, and I knew nothing about the country. That’s exactly why I decided to pick Chinese Studies.

My initial approach to China was mainly through literature and art history. I fell in love with traditional paintings and Tang poetry, but after my first trip to China I realized that traditional culture was not enough to understand the country, and I opted to explore contemporary socio-political topics.
YCW: In 2012, you completed a Master’s dissertation on China-EU relations, specifically the role of identity and perceptions. What did the relationship look like back then, and how does it look in 2015?

CZ: In 2012 my argument was that China-EU relations were affected by “cognitive dissonance,” the natural proclivity to selectively look for confirmation of one’s pre-existing beliefs and reject evidence that contradicts these beliefs. My paper concluded that both China and the EU, characterized by complex, strong identities that shape their view of the world and their position in it, have the tendency to project on the other an image built to fit this broader idea, causing fundamental misunderstandings in their interactions. Ultimately they end up using the same words, without sharing the same meaning.

After a few years in Brussels I have developed a less academic and more practical approach. I still think there are fundamental misunderstandings between the two parts, but there is also awareness of the shortcomings of the relationship—and a lack of political will (or convenience) to address them.
YCW: How does Brussels view China, versus the European public? Looking ahead at China-EU relations, what are the major obstacles and overlapping areas of interest, such as for the bilateral investment deal being negotiated?

CZ: I think the EU Institutions and the general public share a lack of accurate information about China. The Institutions have well-informed officials with experience in the country and knowledge of the language, but often they do not work on China-related files, which is unfortunate. The usage of available expertise in the Institutions could definitely be improved, and could consequently benefit the EU-China relationship.

As for the general public, it is no mystery that the articles published by the general media are often sensationalist and not entirely accurate. Fortunately, among the younger generation there is a growing interest in China; more and more young people spend time in the country, both for study and leisure purposes. I think, in the end, people-to-people exchanges are key to changing the view on China. The more people visit the country and interact with Chinese people, the more they will seek information about it beyond the general media. For this reason, I believe that the third pillar of the EU-China Strategic Partnership, people-to-people dialogue, deserves more attention.

Regarding the future of EU-China relations, the big hurdle ahead is surely the issue of market economy status (MES), which will undoubtedly influence the Bilateral Investment Treaty negotiations. China believes that MES will be granted automatically in 2016. The European Parliament (EP) made it quite clear that it wants a say in the matter and, at the moment, the European Commission seems to be willing to leave room for the EP. To put it simply, the Commission could propose to cross China off the list of non-market economies and leave it to an EP vote.

The situation does not look too rosy for China. The EP has a strong anti-China component, which is now supported by a consortium of industries that is lobbying quite heavily against the granting of MES. Should China not be granted MES, the continuation of Bilateral Investment Treaty negotiations would be shaky, and could impact the relationship in general.
YCW: Your work also concerns China’s relationship with North Korea. One of Pyongyang’s inner circle attended China’s military parade last month, and in turn, Beijing may send an official to North Korea’s 70th party anniversary celebrations this October. Are we seeing a thaw in tensions, or is this purely diplomatic engagement? From Pyongyang’s perspective, what are the priorities vis-à-vis China? How is the EU watching this issue?

CZ: The DPRK addresses the tensions with China as a “quarrel in the family,” however it is quite evident that Pyongyang is trying to find alternatives to China.

The Rason Special Economic Zone in the DPRK is becoming a de facto Chinese area: Chinese is the lingua franca, all the business is in the hands of the Chinese, and the Renminbi is the official currency. This is also a truism in other parts of the country. There is a parallel financial system in which the Chinese currency has much more relevance than the North Korean one. On the one hand, Pyongyang needs China’s support, but it is clearly worried about over-reliance on an increasingly influential China, and is desperately seeking alternative investors.

It seems that the EU is slow in acknowledging and reacting to this situation. There is reluctance to engage with the North in any field. This is a missed opportunity because engagement could begin in less sensitive areas, like cultural and people-to-people exchanges, and then expand to more crucial ones.
YCW: As a political consultant, can you discuss the benefits and drawbacks of focusing your undergraduate and postgraduate studies on Chinese issues and politics? How vital has your study of Mandarin been to your career path, and what advice would you offer to young people hoping to break into political consulting?

CZ: I have a very China-focused profile, and this is not always an advantage. Employers sometimes see it as too specific. It is rare that a consulting company only deals with China, and the fact that I did Chinese studies is not really an asset in the consulting world. The China factor is only of worth when combined with other competencies—like knowledge in trade, economics, European Institutions, et cetera—that can be of use for the company. Chinese language and culture alone will not do the trick.

Despite the current ‘China hype’, I have the feeling the job market is not yet ready to provide a specific place for ‘Sinologists’ beyond economic and trade-related positions. My advice to anyone wanting to pursue a career in political consulting is: diversify your experience.
YCW: We are saturated with media and commentary on China, both from within the country and outside of it. As Programme Coordinator at Polint and Director of Content at YCW Brussels, where do you see content on China lacking? What issues are currently underserved and deserve more discussion, either in public forums or in policymaking circles?

CZ: To be honest, I might not be the best person to make an assessment of the media coverage of China, as I tend to read my news on specialized websites, where I know I can find reliable sources. But generally, I sometimes have the feeling that it is mandatory for any newspaper to feature China in every issue, no matter if there is real news to be told or if information is lacking.

I would like to see more cooperation between mainstream media and specialized websites, in order to have accurate information available for all. I think more efforts should be taken to cover human interest stories on Chinese people, giving a face to the 1.3 billion people, discarding the ‘exotic curiosity’ lens, and setting aside numbers, statistics, and trade trends. There is so much going on in Chinese society right now, and very little is being told.
YCW: Congratulations to you and the team on launching YCW Brussels this month. What does the team hope to achieve with this chapter? What do you enjoy most about being involved in YCW?

CZ: We are very excited to start the Young China Watchers adventure in Brussels! China features quite often in the programs of think tanks and institutes here, but the perspective is always quite official, both from the European and the Chinese side.

What we hope to achieve here in Brussels is to introduce another, more informal point of view on China, and to possibly lower the average age of participants. We hope to see a more spontaneous discussion that goes beyond the official diplomatic line, and to broaden the topics of discussion beyond the EU-China framework. We also hope to propose new faces to the public, bringing in speakers that are not among the usual suspects in Brussels.