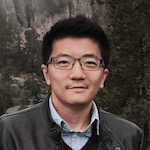 Damien Ma is Fellow and Associate Director of the Think Tank at the Paulson Institute, where he co-founded MacroPolo, a digital platform on China’s political economy, investment, tech, and geoeconomics. He is the author or editor of the books, In Line Behind a Billion People: How Scarcity Will Define China’s Ascent in the Next Decade and The Economics of Air Pollution in China by former chief economist of the Chinese central bank Ma Jun. He also currently serves as adjunct faculty at the Kellogg School of Management at Northwestern University.

Young China Watchers (YCW): You began your career in public relations in Beijing, moving to U.S.-China economic relations in DC and then political risk at Eurasia Group. How did you end up as a think tank fellow in Chicago? How developed is the China engagement community in Chicago?

Damien Ma (DM): At the time, I was just finishing up my book and looking for the next challenge. I certainly didn’t expect to find it in Chicago, and like most decisions in my career so far, this opportunity came rather serendipitously. So even though I thought I was going to stick with the East Coast, I ended up on the Third Coast.

I was recruited to help build a think tank, founded by former Treasury Secretary Hank Paulson, that was just getting off the ground. It was something I’d never done before, and it was going to be very challenging since I knew our think tank was like a toddler in the pantheon of enduring, elite U.S. institutions. But stepping into some uncertainty was also what appealed to me because uncertainty usually comes with a large helping of potential to shape something and see what comes out the other side.

As for Chicago, it is not what I would call a hub of China engagement, certainly not at the level of the “Acela Express Corridor” on the East Coast. But I actually find it rather fun to describe my work to people here—it forces me to explain exactly what I do (it’s harder than you think), whereas in DC, I only have to say, “I work on China,” and people will respond with, “Oh, that’s cool,” without even batting an eye.

YCW: This summer, you helped launch MacroPolo at the Paulson Institute, which focuses on economic analysis of China. How does MacroPolo differentiate itself from the multitude of China-focused blogs and publications available to the business and investor communities?

DM: We may be in a “golden era” of China content; at a minimum, writing and commenting on China has become much more democratized than even 10 years ago. It has moved beyond the academy and into the private sector, think tanks, media, consultancies, et cetera. This is also not simply a problem exclusive to the China field—the question of how to deal with information and content abundance, accelerated by new technology, has become a 21st-century challenge writ large. Dan Drezner at Tufts University has argued cogently and convincingly that the traditional think tank model is not working as well anymore, and I would agree that in this day and age, we need to “think (tank) differently,” to borrow Apple’s old motto.

That was one rationale behind seeing what we can do with MacroPolo, a concept and platform that I hope will continue to evolve as we scale up and tinker with it. I will say that we don’t intend MacroPolo to be everything China for everyone. For example, you’ll almost never see MacroPolo opining on the South China Sea or North Korea or really anything on Chinese culture. Much of our content and products have to do with the areas in which the bulk of our work and research are concentrated. For instance, the two products we launched with, ReformPedia and FDI Gateway, are directly tied to work we’ve been doing before MacroPolo on China’s reforms and unique case studies on Chinese investment in America.

So I think focusing on products and content will be key. If the products and content, backed by interesting, relevant, and differentiated research and analysis, can stand on their own, then hopefully that translates into more stickiness of the platform. Over time, the ultimate validation has to come from the market.

YCW: In 2013, you co-authored the book, “In Line Behind a Billion People: How Scarcity Will Define China’s Ascent in the Next Decade,” introducing scarcity as the determining factor for China’s trajectory, across natural resources, food, labour, social welfare, values, freedom and more. Four years on, would you revise this concept? Which area of scarcity is proving most dire for China?

DM: I might tweak resource scarcity in light of the economic slowdown and overcapacity issues. But I think the bulk of the themes in that book has aged well, since it was meant to provide a holistic portrait and an analytical framework through which to view the challenges that will face the Xi Jinping administration over 10 years. 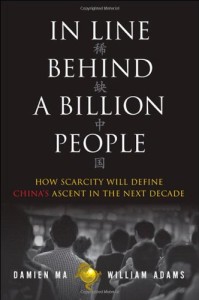 Just look at what Xi has been doing over the last five years and where the reforms are focused on. It seems to me that virtually every bucket of scarcity analyzed in that book has become a priority under Xi’s government. The bottom-line takeaway in that book was that the China story was no longer going to be defined by growth, and I certainly don’t see many, if any, China growth “bulls” out there anymore.

In terms of the most dire form of scarcity, I would argue that at the time of the book’s publication, most people probably didn’t quite see what the big deal was on values or ideological scarcity. But the commentariat has completely turned on this point, as Xi is bringing ideology back in a major way after more than a decade of ideological wanderlust, if you will.

YCW: From your time in China, can you tell us about a moment when scarcity affected you personally or impacted the lives of those around you?

DM: Well, I’ve been to Chinese hospitals, and that’s where the notion of scarcity hits you viscerally. I remember waiting for an interminable amount of time but never really seeing the waiting room thin out. It was just a sad scene filled with very sick people constantly, crammed into a small space. I’ve had Chinese colleagues tell me that they feel physically ill even before going to a hospital because they can’t deal with the anticipation of what awaits them inside a hospital.

This is also why the book looked at the healthcare situation pretty closely and why the State Council is in charge of overhauling China’s woefully inadequate healthcare system. We just launched our final healthcare reform timeline on ReformPedia if readers are interested in what ails China’s healthcare system.

YCW: Much of your career has been spent researching energy issues in China from an economic perspective. Do you see real political will from central leadership to curb the pollution created by the production and use of fossil fuels?

DM: I could pen another 2,000 words on this issue, but will keep it brief. Yes, I do believe that the political will to address pollution is probably higher than it has been in decades. Political will may be a necessary condition; execution is another, and that will be a slow burn for such a monumental task.

YCW: Any predictions for macroeconomic policy following the 19th Party Congress in October? Are we likely to see a loosening of regulation over foreign reserves and overseas investments by the end of the year?

DM: I wrote about this recently, so I would direct readers to that piece if they’re interested in a breakdown of my view. Suffice it to say that I’m probably more cautiously optimistic than other observers on the prospect of doubling down on Third Plenum reforms after the 19th Party Congress.