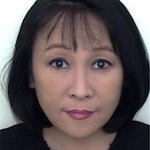 Diana Lin is Senior Executive Producer of The Pearl Report, an award-winning weekly documentary show that airs on TVB’s English-language Pearl channel. TVB is Hong Kong’s biggest free-to-air television station. One of the most prominent network news personalities in Hong Kong, she is also former presenter of TVB Pearl’s evening news program. Diana’s career in journalism spans more than 30 years and covers many countries, including two-year stints in Beijing and Tokyo.

Young China Watchers (YCW): As a native of Hong Kong, with a background in the Maoist groups of San Francisco in the 1970s, what was your conception of China growing up? How did that compare with your experience freelancing in Beijing in the 1980s?

Diana Lin (DL):  I didn’t think about mainland China much growing up in Hong Kong. We were not encouraged to be political then. China was always a mysterious, forbidding place, from which came refugees who didn’t like the Chinese Communists at all. At university in the U.S., I was lured into I Wor Kuen, the Chinese answer to the Black Panthers. It was an organization that mimicked the Chinese Communist Party’s structure with a Chairman, Politburo, and Central Committee, etc. We sang and taught local Chinatown-ers “The East is Red,” “The Internationale,” and Mao’s Little Red Book. Our views were, in retrospect, utterly naive and warped.

I had a more realistic view of China by the time I lived and worked there in 1987 to 1988, covering the Sino-British talks on Hong Kong’s future and myriad Chinese political developments. The 1980s saw the emergence of a market economy with Chinese characteristics. People were determined to bury the Cultural Revolution. Beijing was still a relatively tranquil place to live, before the influx of supermarkets, drugstores, shopping malls, and high-rise hotels. To get anything done promptly, such as feeding our TV footage to Hong Kong, it was wise to ply the officials and technicians with electrical appliances and silk stockings.

Foreign correspondents, airline personnel, and diplomats were housed in designated residential complexes staffed by spies. Despite having offers, I was not allowed to join the staff of a foreign or even Hong Kong-based news agency. I was told the Foreign Ministry accredited foreign correspondents, and a Hong Kong person was not a foreigner. Fortunately, the two years I was there were some of the most liberal times in the capital. After announcing my presence, with presents, for my handler at the All China Journalists Federation, I was free to call officials for interviews and arrange coverage at events and venues. I’ve always thought the freedom in those days was fertile ground for the pro-democracy movement of 1989.

YCW: You have been present at some major demonstrations, including the student protests that led to the events on June 4, 1989, at Tiananmen Square. What are your views on grassroots demonstrations as political instruments?

DL: I am all for grassroots demonstrations as political instruments, and I think they have been quite successful in achieving their demands in Hong Kong. Unfortunately, Beijing is too protective of its perceived stability and security. Demonstrations are a great show of force and catharses. How can the silent minority become the vocal majority? And they make great TV, indeed, all media. 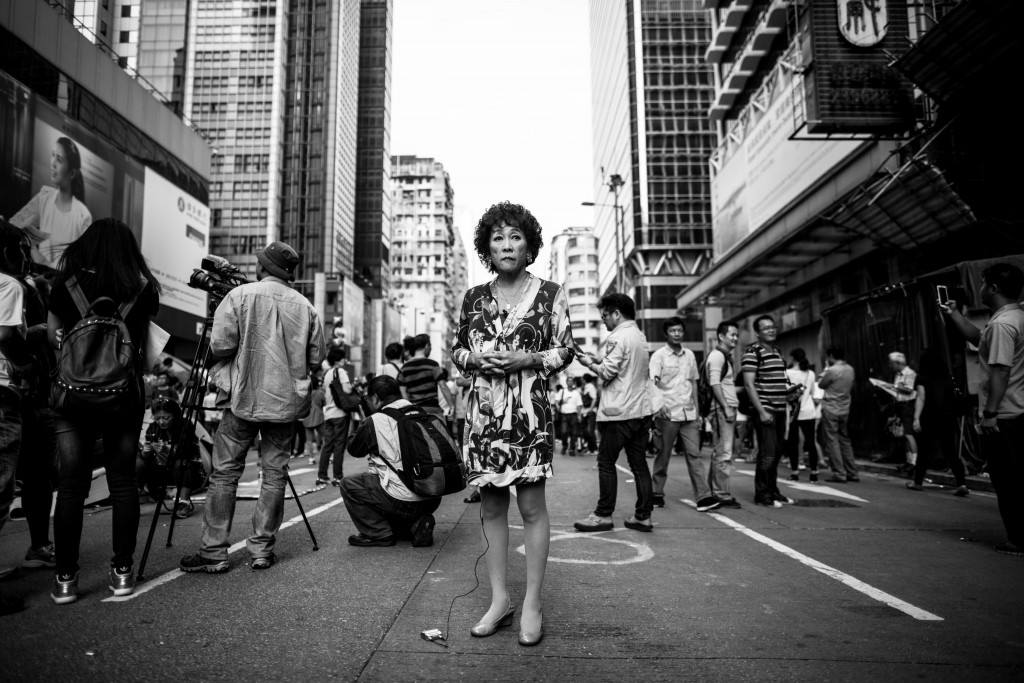 YCW: One year ago, you reported at the “Umbrella Revolution” protests in Hong Kong. What did these protests mean to Hong Kong’s civic identity, and are they connected to other key moments of political awareness in the city’s past? One year on, what are the prospects for the electoral reforms advocated by demonstrators, including universal suffrage?

DL: The “Umbrella Revolution” certainly enhanced Hong Kong’s civic identity. Liberals who have never taken to the streets camped out. Conservatives who never protested rallied in support of the police and anti-Occupy forces. Hooligans took political sides. Old folks angered by traffic stoppages polarized families. Everybody became aware of their civic rights or what they perceived to be their civic rights.

It’s one culmination of an increasingly politicized society that began, I think, with the Sino-British talks on Hong Kong’s future, the rather elusive prospect of being our own masters. The Occupy movement was born of similar sentiments underscoring the annual June 4th candlelight vigil since 1989 and the July 1st marches that began in 2003. They are feelings of disillusionment, anger, courage, and caring.

There’s no chance of genuine universal suffrage before 2017 and little chance from then on, if Leung Chun-ying continues to be Hong Kong’s Chief Executive and the Communist officials in Beijing hold sway.

YCW: How has public sentiment toward China changed in Hong Kong over the course of your career?

DL: Not much at all. Pro-democracy forces still resent Beijing for stymieing their aspirations, while pro-establishment elements, especially those with business interests, are still overtly brown-nosing.

YCW: Let’s talk about autonomy. Some advocate a reassessment of the China-Hong Kong relationship: Where do you see Hong Kong’s autonomy—political, economic, cultural—heading in the future?

DL: What reassessment? It’s not up to Hong Kong. Hong Kong has no political autonomy. Hong Kong still looks to China economically, even though local and global market forces do prevail. Culturally, Hong Kong is left pretty much on its own. I can see only deterioration in the future as we march inexorably towards 2047, when Hong Kong becomes “one country, one system.”

YCW: The state and practice of journalism has certainly transformed over the course of your career. What is your opinion of press freedom in Hong Kong, and what characteristics make a good journalist today?

DL: Most of Hong Kong’s news media tend to toe the pro-Beijing line, helped by sycophantic businessmen who withdraw monetary support from recalcitrant news outlets. News bosses, though, tend to be more tolerant of the local English-language media: fewer readers/listeners/viewers; less influential. The professional operators will, however, strive to be neutral, giving both sides of the story.