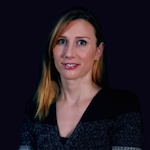 Emma Vanbergen is the president of BE Education’s worldwide Education Consulting business, for which she oversees BE’s six offices in Shanghai, Beijing, Tianjin, Chengdu, Shenzhen, and London. She has over 15 years of experience advising Chinese families on overseas study. Emma graduated from the University of Manchester with a BSc in International Management, and is fluent in Mandarin, German, and French.

Young China Watchers (YCW): Why do some Chinese parents choose to send their children abroad for education, while others who can afford overseas education opt to educate their children in China?

Emma Vanbergen (EV): Most Chinese parents we work with who send their children abroad have some form of discontent with Chinese education system. They feel that if their child remains in the Chinese system, they will have to compromise on extracurricular activities and activities that will benefit the child’s all-round growth, in order to provide their children with sufficient “study” time. Many also believe that studying overseas prepares students for the future far better than the local system. Rather than focusing on memorizing information (something a computer will do increasingly for us in the future), Western education focuses on developing a set of soft skills—independence, resilience, perseverance, confidence, leadership skills, teamwork skills, creative problem-solving skills, and creativity—that are unique to human beings, and may have a more lasting impact when it comes to the child’s success later in life.

For parents who can afford overseas study but choose to keep their children in China, the most common reason is to ensure their child understands Chinese culture and the language to a high level. Beyond this, some parents are keen for their children to develop networks within China, as these are potentially more helpful to their child than a foreign network might be. Finally, and quite naturally, many parents simply don’t want an institution to raise their child. They want to raise their own child so he or she can benefit from a family education parents believe they can offer.

YCW: Educational inequality in China is increasing—those with the financial means make huge investments sending children to private, international schools while those without financial means battle for the top spots in the public-school system. Given their different foundational education experiences, how will these two sides of China recognize one another in the coming decades?

EV: This issue is one that is occurring around the world, as the rich keep getting richer and the poor, poorer. China does have a burgeoning middle class, which can afford international education in the longer term and also afford the additional support required to ensure their children function at a competitive level in school. Indeed, schools like Wycombe Abbey International in Changzhou now provide families with the opportunity to benefit from international education at a far lower price that sending their children overseas.

In terms of ambitions, the wealth of many of the students who return from overseas study means that their ambitions, and indeed those of their families, tend to be more entrepreneurial than their locally schooled counterparts. Locally educated students from lesser-privileged backgrounds are often looking for safe, stable, and well-earning positions in larger companies or multinational companies.

YCW: How did Chinese students come to be seen around the world as hard-working and myopically focused on academics? Mental health is a relatively new to contemporary China; who is working towards understanding more about the implications of these academic pressures on children’s development?

EV: Chinese students have earned this reputation because, to a large extent, it is the “product” of the local system. In order to be successful in the Chinese system, students must be uniquely focused on their studies, and due to immense competition, hard work is a must. This is instilled from an early age, when gaining access to the right kindergarten means access to the “best” primary schools, which leads to access to the best middle schools and so on. 15 years ago, most Chinese were only going overseas no earlier than16 years old; the Chinese that arrived at high schools or universities around the world were indeed a product of the Chinese local system and thus exemplified the characteristics of a typical hard-working, solely academically focused student. This perception is now changing as Chinese students head overseas earlier and more students study in international schools.

Academic pressure is just part of student life in China. Students have to be competitive to get into top schools. As a result, their lives revolves around school life and extracurricular tutoring. Students have limited time for extracurricular activities and often spend many hours in the evenings completing their homework, so lack of sleep is a common issue. Sometimes parents have the same expectation on their children when they go overseas to study, which can create conflicts of interest between the expectations of the parents and the school. Most parents slowly adjust their understanding of work/life balance, but some parents, in pursuit of a particularly high aim, employ extremely unorthodox and unfair methods to add pressure on their children.

I had one such family who, as soon as their son was waitlisted at arguably the most prestigious school in the country, declared their son was too “comfortable.” They decided he had to gain a greater sense of the sacrifice they had made to pay for his studies in the UK—so each time he returned home, they moved to a tiny flat, leaving their multiple cars and luxury lifestyle behind at their villa, in order to demonstrate the financial burden his studies were having on their lifestyle. The lengths to which these parents were willing to go to add pressure on their child were limitless and the ultimate effect was a very unhappy child who started having serious behavioral issues at school. All of which, of course, led to relatively worse academic performance.

Many of the students I have looked after tell me of the immense pressure at their local schools. Indeed, these stories are regaled with a tinge of pride, as it seems to be almost a badge of honor to be able to survive and flourish at such schools. It seems seriously high-pressure schools do contend with mental health issues in their students, including depression and anxiety, and some have gone as far as hiring counsellors to specifically address such issues. However, until the problem behind these issues is addressed—, the problem will continue to exist.

YCW: What are the primary challenges, differences and misconceptions faced by Chinese students once they start their studies overseas?

EV: One of the largest misconceptions about overseas study is that it will be far easier than schooling in China. Students are often surprised by the difficulty of learning in a foreign language, learning in a different manner, and managing their time given all the extracurricular activities in which they are expected to participate. Indeed, studying at a top school means handling quite a heavy academic load, along with busying oneself with a multitude of extracurricular activities.
Another misconception by parents is how quickly it will take for their child to start performing at a high academic level. Most students need at least four years to get good enough at English such that the language doesn’t impact their academic progress or performance.

YCW: Chinese education reformers, seeking to promote a “well-rounded, moral education,” coined the term 素质教育 (suzhi jiaoyu). To what extent do you feel suzhi jiaoyu is characteristic of the current public Chinese education system? In addition, suzhi denotes one’s inner quality and the way in which one behaves in society as a whole; it has cropped up in internal debates about whether China is a civilized country. As China’s population explores its own borders, its media has attacked “bad behavior” and the government has launched initiatives to “enhance the quality of the nation.” What do you make of this in terms of Chinese students who are studying overseas?

EV: Over the past 15 years, I have certainly seen a change in local school education in China towards more suzhi jiaoyu. Schools are endeavoring to offer more clubs and opportunities for students to volunteer in community projects outside of the classroom. However, until the focus of education shifts from a primarily academic focus, it will be challenging to fully implement and see the results of suzhi jiaoyu in the local system.

I find the term suzhi to be a bit misleading. Ultimately for me, a Westerner, I’d define it as strength of character, possessing a strong moral compass, having a strong sense of integrity, and generally being a decent, honest human being. This has been, and is being taught in China, in accordance with Chinese cultural values. I think where this term gets somewhat clouded is when we consider manners. Acceptable manners in one country may be completely unacceptable in another; one has to remember that China has only relatively recently opened up to the rest of the world and that understanding international standards of manners might take time to slowly seep into the general population. Indeed, if we look at the British or American population, what percentage are fully aware of what is acceptable behavior overseas? Why should we expect more of a country which has been closed off from the world until recent history?

I’ve frequently accompanied clients (parents) abroad on school visits. They are fantastic people but may not understand foreign expectations in terms of acceptable manners. This can lead to embarrassing burps at dinner, slurping of food, or speaking too loudly on the mobile phone. Whilst I do try to gently educate parents, it is ultimately the children who will live in a new culture who need to learn to adapt their behavior. We run predeparture meetings at BE, where we invite etiquette specialists to prepare students for what will be expected of them once abroad. We educate on British/American traditions and manners, and in most cases we see a quick shift in manners and behavior within weeks of the child moving overseas.

Lastly, the government has recently mandated that K-12 students spend a minimum time each year outside the classroom on study tours. Some of this will be domestic tours to encourage more out-of-classroom learning and a deeper appreciation of Chinese culture, but this will also encourage more students to go abroad on study tours. The more international exposure students get at a younger age, the more this gap in what is considered good manners/behavior will narrow.