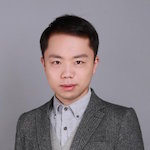 Eric Mu is the founder of Sinohash, a cryptomining hosting service. He is also a contributor of CoinDesk, an English-language Bitcoin and Blockchain technology media website and a few other publications. After spending eight years living in Beijing, he moved to Sichuan in 2016, where he now runs SinoHash.

Young China Watchers(YCW): You worked with Danwei and the Financial Times in the media research and journalism space prior to Sinohash. What drew you to switch tracks and begin mining Bitcoin in western China in 2013?

Eric Mu (EM): After seven years in media, I was burnt out and the satisfaction that I used to derive from my job diminished. I felt my role was limited to being an observer and not so much of a participant, and I was missing out. While my job allowed me to make a living by research and writing, the reason I stayed as long as I did at Danwei was because of the personal relationships I formed with my colleagues, in particular Jeremy Goldkorn, who demonstrated firsthand what it takes and means to be an entrepreneur. Also at Danwei, a start-up, I felt I was doing something special. After it was sold to a large company, I was turned into just another white-collar worker in the city.

Inspired by my then-boss, Jeremy, I was on the lookout to start something, but I didn’t want to open another bar in Gulou area or write another China blog. In 2013, I learned about Bitcoin. It quickly became an obsession. I became convinced that this was infinitely more exciting than what I was doing. And if the only motivation you go to work is the paycheck at the end of the month, it shows. Eventually, Jeremy and I agreed that I better leave the company.

EM:  While I worked at a Bitcoin company in Haidian, which became one of the largest China-based exchanges, I consistently felt that had we been in any another industry we wouldn’t be given so much leeway. The company got away with some of its practices because Bitcoin was new, people underestimated it and did not take it seriously—some still don’t. But while Bitcoin is new, the exchange business is not. Basically all the tricks from the pre-SEC US stock market era can be applied to this new business too. For me, PBOC’s recent actions leave me with mixed feelings. I am invested in Bitcoin and more than most want it to be successful, but I am also aware of some wrong practices in the exchanges.

YCW: The Bitcoin movement was led initially by cyberpunks and anarchists before gaining attention from the global financial community. Does China’s Bitcoin community share any particular ideological or political traits?

EM: Karl Marx said economic base determines superstructure. While I am sure that many Chinese people joined the space originally because of the prospect of money, quickly enough, they started to adopt a speech and attitude that resembled more to a libertarian-leaning American Bitcoiner than a Chinese doctor who knows nothing about it.

YCW: Successful Bitcoin mining is dependent on vast computing power and, subsequently, access to affordable electricity to support operations. What advantages or disadvantages does China’s Bitcoin mining market face in terms of resources, when compared to other Bitcoin mining regions like Estonia and Iceland?

EM: Electricity only accounts for part of the overall cost. There are some non-electricity costs as well such as logistics and infrastructure. When I posted about my facility on a Bitcoin forum, a Canadian miner lamented that building something similar in Canada would cost 10 times more.

YCW: The number of Bitcoin generated per block decreased from 25 to 12.5 in 2016, while the computing power required for each successful yield has increased. As a result, Bitcoin mining is theoretically more difficult and less profitable. How has Sinohash adapted to these changing conditions? Should we expect more volatility ahead?

EM: Halving is so often singled out and given more importance than other factors. In reality, the scheduled reward-halving does affect mining in some way, but its impact is often exaggerated. While the daily btc reward reduced, the impact is more than compensated by the increase in the btc price over the past year. In 2015, the price hovered below CNY 2,000 for months. Now it is almost four times as high. While in 2013, the profit margin used to be 10 times higher than today, the hardware used to mine Bitcoin would turn obsolete much quicker. The equation of mining profitability contains multiple variables, and one has to examine it with greater nuance to not fall prey to these common misunderstandings.