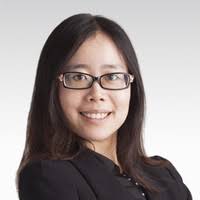 Ernan Cui is a Consumer Analyst at Gavekal Dragonomics, where she covers China’s labor market, demographics, urbanization, and household savings and debts, as well as other consumer-related sectors such as retailing, autos, tourism, and healthcare. She is often quoted by major media outlets including the Financial Times, Reuters, Bloomberg, the New York Times, the Wall Street Journal, and The Economist. Before joining Gavekal in 2013, Ernan interned at Standard Chartered and Accenture, and was a researcher at the University of Chicago’s Beijing Center. Ernan graduated from Renmin University of China with an MA in economics and a double bachelor’s degree in economics and mathematics.

Young China Watchers (YCW): The emergence of ride-hailing services has disrupted auto markets around the world. How have they affected the car industry in China?

Ernan Cui (EC): The most widely-discussed structural change to the global car industry is the emergence of ride-hailing services, which have made it easier for people to get around without their own car. As a result, many expect that future demand for private cars will be weaker around the world. In China’s case, the situation is more mixed, as the rapid growth in the number of drivers for ride-hailing platforms since 2014-2015 has probably been a stimulus to car sales. According to the State Information Center, by 2017 over 8 million workers laid off from industry had started driving for Didi Chuxing, and many of them would have bought a new car in order to start this career.

Now that government regulation of drivers for ride-hailing services has tightened in China, the number of drivers is starting to fall. This has both reduced the demand for new cars from drivers and weakened the coverage of the ride-hailing services—making them less viable as a complete substitute for car ownership. Because ride-hailing can both increase and decrease demand for new cars, the net effect on car sales in the near term is not likely to be large.

YCW: China’s auto market experienced its largest decline ever in May and car sales have fallen for 12 consecutive months. Is this sluggish consumption growth due to economic headwinds, or does it have more to do with industry-specific factors?

EC: China’s auto sector is going through the worst downturn in its less-than-three-decades history. The decline in 2018 was mainly due to the end of front-loaded purchases from the elimination of car purchase tax incentives combined with decelerating income and consumption growth, while the continued weakening trend in the first months of 2019 was more of a result of the introduction of China 6 emissions standards on July 1, which were introduced one year earlier than originally planned. Additionally, some localities directly adopted the China 6b emission standard four years ahead of the original schedule. As a result, supply chains had limited time to adjust, and as of June only 44 percent of vehicle models on the market met the China 6 emission standards.

Meanwhile, things have already begun to recover at the retail end. The retail sales value of passenger cars has been recovering since 2019 and returned to positive growth in June, ending a full-year decline. This was mainly due to the price discounts offered by car dealers, which are rushing to clean up their inventory of China 5 vehicles.

China’s auto sector is going through the worst downturn in its less-than-three-decades history.

YCW: Some analysts expect China’s vehicle sales to pick up again in the second half of 2019 and even deliver modest growth to industry in the current year. Do you agree with this sentiment?

EC: Yes, things in the auto market are likely to turn more positive in the coming months. The transition to new emission standards is nearing completion, with most factories already largely cutting old car models from their inventories, and supply chains adjusting to produce new emission standard cars. The market will likely bottom out in Q3 and rebound in Q4.

In addition, a series of recent policy measures may help strengthen this momentum: 1) changes to the car purchase tax replacing the tax base from the government-guided price with the real transaction price could help reduce tax burden marginally; 2) the relaxation of car purchase restrictions will have a greater impact at local level; and 3) the base effect from the drop-off in sales in the later months of 2018 will also help lead to a rebound in year-on-year growth of China’s auto market in H2 2019.

YCW: Growth in New Energy Vehicle (NEV) sales, initially a bright spot for the industry, slowed last month. This was partially in anticipation of a 50 percent reduction to NEV subsidies that took effect on June 25. Now that the reduction has taken effect, do you expect sufficient demand will remain to drive continued growth in the NEV sector?

EC: First, the impending subsidy reduction for NEVs should have acted as a stimulant for sales rather than a drag. However, the effect of this was offset by steep discounts available on internal combustion engine vehicles as manufacturers sought to offload inventories in anticipation of the transition to China 6 emissions standards as discussed above.

Second, while the 2019 retreat of EV subsidies was more aggressive than originally planned, it has been on the government’s agenda since 2016 and had been partially priced in by major producers. Additionally, the retreat of subsidies may not be a big hit to the NEV market because technological improvements have kept pace with reductions in subsidies, enabling auto companies to continually bring higher quality NEVs to the market for lower prices, even as subsidies have been reduced each year since 2016. The government has also found other ways to encourage the NEV market such as creating a credit system for energy consumption in the auto manufacturing industry, liberalizing purchase controls for NEVs to release consumer demand, and requiring more NEV adoption in the public transportation system.

As a result, the NEV industry is likely to further consolidate in the face of reduced subsidies while continuing to develop and upgrade in the coming years.

YCW: What do you find is the greatest challenge in analyzing consumer markets in China as opposed to developed economies?

EC: The most challenging aspect of consumer analysis in China is the availability of reliable high-frequency data. It’s hard to get a reliable overview of Chinese consumer market at the macro level. China’s retail sales figure is the only monthly indicator that captures the overall picture, but it is hard to assess the relative contributions of retail sales by consumers, governments, and  corporates to the combined number. Furthermore, it has poor coverage of small retailers, which can make the headline numbers misleading.

China also publishes quarterly income and consumption data through its household survey, which not only captures spending on consumer goods but also services. The main problem with this set of indicators is lack of sample coverage for high-income households, raising the prospect of chronic underestimation. Lastly, if we want to track the labor market to understand household income trends, it’s almost impossible to conduct high-frequency analysis given employment and wage data are only updated once a year in China—much less frequently than in developed economies. I typically have to look at specific sectors with better high-frequency data available to get a glimpse of the cyclical consumer trends, such as auto sales, tourism spending, and the box office.