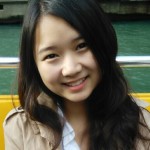 Gu Xi is the co-founder of TechieCat, an online community that supports Chinese women interested in coding. She received her bachelor’s degree in economics and management from Beijing Jiaotong University. She is a member of the China Tech Community Alliance and was awarded a Women Impact Award by Shero China in 2016 for her work in female empowerment. Gu Xi was also recently featured in Apple’s “Behind the Mac” ad campaign.

Young China Watchers (YCW): How did you personally become interested in coding and tech, and to what do you attribute the shortage of women in science, technology, engineering, and mathematics (STEM) in China and globally?

Gu Xi (GX): As an economics and management major, I felt that I was the furthest person from coding. I had the chance to participate in an extreme learning process project at Tsinghua University. I was the only person on the team who didn’t know how to code, but I learned quickly. In China there are generally two pathways in education that you can follow: literature or science. As a good communicator, public speaker, and people-person, I always categorized myself into the literature field. Learning to code not only changed my mindset to become more logical, but it also made me realize that more Chinese women should tackle the fear of the unknown and try to break out of these two defined categories. I co-founded TechieCat in September 2014 to form a community where women who were learning to code could befriend one another and share their experiences—something I lacked when I was learning to code myself.

I fundamentally believe the largest constraint to attracting women in STEM globally is the lack of role models. As a global society, we need to raise the profile of the individuals behind the creation of the technology that surrounds us. The coders for Apollo and the first coders at IBM were women, but the predominant role models in society are the likes of Steve Jobs and Neil Armstrong. We need more awareness, influence, and spokespeople to come forward and show girls what they do in the STEM field.

YCW: In a podcast interview with Wo Men, you talk about a time during a tech conference where you were wrongly mistaken for a show girl when you were in fact a panel judge. How have the stereotypes of Chinese women in tech shifted since you launched TechieCat?

GX: Things have definitely changed since we first started. Initially, people were confused at the mention of women, tech, and community used in the same context. They didn’t understand what this community could do and whether it would be useful. After we established a reputation and hosted successful meetups and workshops, people came to realize how much demand there is for communities like these.

The stereotypes, however, are deeply ingrained and that is something almost all women find upsetting when we host these events. One story that particularly inspired me during one of our meetups in Hong Kong in 2015 was when one woman, a software engineer at Google, said that the only reason she had come was out of loneliness. She simply wanted someone to talk to and share stories with of working in STEM. From that moment on, I adopted TechieCat as my primary responsibility. There was greater demand than I realized and I felt obligated to help these women feel secure in a trusted and valuable network of female coders.

GX: China has a population of almost 1.6 billion people so it’s not always physically possible to meet with people in person. These online communities can bring people together, thereby making China smaller. They are not only significant in the tech industry, but also in the medical industry where doctors can access patients they otherwise wouldn’t be able to help. On a more personal basis, for people who have no time to travel or prefer to hide their identity behind a screen, online communities can help to curb loneliness. China has an ageing population but thanks to integrated technology as a means of communication, elderly people can now keep in touch with their grandchildren via Wechat, for example. China is bringing all sorts of different people together in surprising and extraordinary ways, and the tech behind it is making everything more accessible. These online communities are going to continue growing as the rest of the population of China shifts to the Internet era.

In terms of technological development in China specifically, I would argue that these online communities are comparatively easier to manage and generate than in other countries.

In terms of technological development in China specifically, I would argue that these online communities are comparatively easier to manage and generate than in other countries. For example, anyone can start a group chat in WeChat, a conversation on Douban, or see what’s trending on Weibo and these all act as an incubator for the exchange of ideas. In China, people are rarely seen without their phone. If you take the subway, everyone will be either watching videos, reading the news, or listening to music. As society becomes more and more technologically-orientated, companies will have to innovate for this increasingly sophisticated demand. I would go as far as to say these online communities are shaping China’s technological future.

YCW: China is one of the most digitized communities in terms of how platforms like WeChat, Taobao, and Alipay are used in everyday life. What are the benefits and drawbacks of such a tech-orientated society and will this continue?

GX: We have a saying in the tech industry nowadays that goes “six months is equal to an era in China.” Everything changes so fast that what may exist one week has vanished the next. One of the reasons I moved back to China from London was that when chatting with friends, I felt so anxious that I was missing out—I wanted to be right in the middle of this change. I wasn’t the only one. Many Chinese students who went abroad for education are now moving back to China in light of the growing opportunities.

I personally think that the world is undervaluing China, and that people need to start shifting their misconceptions and become more open-minded about what we can achieve. The young generation is equipped with international education, so they have experience, knowledge, and empathy that goes beyond China’s borders. We want to contribute to society as we have seen first-hand the positive influence of online communities and tech innovations. This may be perceived as a threat to other nations, but I think it should be seen as an opportunity to collaborate with China—not only in the tech industry but in the economy as a whole.

YCW: What are some of the biggest misconceptions the world has about China’s technological capabilities?

GX: Chinese people have always had an outstanding work ethic. While I don’t think the world underestimates this, it does underestimate our access to information and quality control. China has extensive financial support from both the government and foreign investors and in terms of quality control, consumers are increasingly more demanding, so companies have had to strictly regulate the quality of their goods and services. Our access to information is also not as limited as people may think as the internet, as well as these online communities, can connect us with like-minded people seeking to solve similar problems.

Today’s China is like the U.S. during the past century—people are highly optimistic about enterprise and in 2014 in particular, people sought out to launch their own startups. Regardless of one’s educational background, people were eager to be their own boss and it was a crazy period. Before one business would go bankrupt, the owner would already be engaging in another venture. This mentality has stayed, so as China continues to go out into the world and prove its technological capabilities little by little, it would be foolish to underestimate its influence or capabilities.

YCW: To what extent do you think China should continue to look beyond its borders for exchange, communication, and ideas? How can China benefit from how other countries engaging with women in tech and vice-versa?

GX: The best mutual benefit, from my perspective, is innovation. China is a nation that is willing to learn, and we work hard. It is not uncommon for people to work from 9 am until 9 pm, 6 days a week, if not more. We are learning from other countries how best to innovate and where to put our investments. Despite the current trade war with the U.S., I am optimistic about China’s continued growth trajectory. We are beginning to attract talent from other countries, and expats bring their culture, language, and ideas. People are seeing China as the land of opportunity and by making China more global, this can create a stronger community of men and women in tech.

— Interview by Olivia A. Halsall