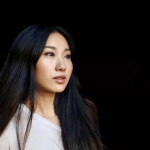 Jamie Qian Qian Wu is an entrepreneur, TV producer, fashion stylist, former restaurant owner and social media influencer from Shanghai. Focusing on bridging the gap between Eastern and Western fashion and incorporating established as well as upcoming brands, she has been featured in Vogue, Boucheron and Versace. She holds an undergraduate degree in journalism and foreign language studies from the Communication University of China in Beijing.

Young China Watchers (YCW): Last month, Dolce & Gabbana (D&G) posted a video of a Chinese model attempting to eat a pizza with chopsticks. The video, and allegedly leaked offensive messages by Stefano Gabbana, was received with animosity to say the least: Kerry Wang, the D&G China ambassador publicly resigned, and Chinese e-commerce sites JD.com and Taobao recalled D&G products as part of the backlash. How significant are Chinese consumers in today’s global fashion industry and to what extent is this demographic understood by Western companies?

Jamie Qian Qian Wu (QQ): It is without question, and by sheer volume, that the Chinese consumer plays a tremendous role in the fashion landscape. Fashion, and especially contemporary worldwide fashion trends, are hugely related to pop culture and lifestyle led by Western influence. Historically, differences between language, culture, and geographic barriers impacted the way in which Western brands didn’t look to China for a very long time, and especially the way in which high-fashion brands operated with little real understanding of Chinese consumers.

It is challenging to understand a consumer base of this size, spanning over four generations of age groups, spending power, and vast geographic locations within China. Chinese consumers are undoubtedly evolving rapidly as they are exposed to the West more and become experienced shoppers. They are jaded by the market of today and are always looking for the next new thing.

YCW: Both the UK-based M&S and the U.S.-based Macy’s have withdrawn from the Chinese market. What are your thoughts on the “CMR Hourglass Shopping Model,” as defined by Shaun Rein, which suggests Chinese consumers will pay a high value for products if it provides prestige and status, otherwise they’ll expect it for dirt cheap?

QQ: Historically, fashion is a product that represents status and self-expression worldwide. It is no different in China compared to anywhere else. Economic status, or so-called “class,” within Chinese society is a relatively new concept that has existed in the West for much longer. The consumption driven by creating a certain perception of being wealthy and successful is obvious in luxury goods, as materialistic achievement has been highly regarded for the last 30-40 years, during China’s experience of unprecedented economic growth.

But that is changing rapidly today as the younger generation are living through an economic downturn and conversations about “bubbles,” and money is no longer a new subject. As they travel and live outside of China, young people seek their own identity that does not conform to Western stereotypes, their own self-expression, and their own individualism. I believe that the pursuit of a purpose in life beyond materialistic achievement will become the new initiative for consumption. Nowadays, there is a more diversified definition of “success” in life. Being authentic, different or “cool” plays a bigger and bigger part than simply being rich. There is also a growing “anti-rich” notion that permeates the general public. 炫富 (xuanfu), or bragging about wealth, will no longer be considered popular.

On another note, and in terms of the “CMR Hour Glass Shopping Model,” what counts as “dirt-cheap” is simply a matter of supply and demand, in my opinion. I don’t think the Chinese consumer disregards quality over cheap prices. China is the manufacturer of what is regarded as “dirt-cheap” to the West; when you know how much things cost, your primary goal becomes attaining the value for which you demand (and paid for).

The other trend I predict is that, in the wake of technological advancements, cost and logistical advantages, and most importantly a desire to improve the environment, China could indeed pioneer sustainable fashion.

YCW: In recent years, goods labelled “Made in China” were perceived as cheap, low-quality products. China’s economy is developing in such a way that goods could now proudly be displayed as “Made by China.” Who are the major Chinese fashion designers and how can they now begin to conquer the Western market?

QQ: In fashion there are a few designers showcasing great craftsmanship, some of whom have incorporated Chinese cultural elements into their designs, such as Guo Pei and Angel Chen. However, none of them are close to world domination. There isn’t a recognizable modern “Chinese” style. I would use Uniqlo as a good case study for Chinese brands to maybe try to inspire the world of a Chinese way of living and the integration of a philosophy into a clothing brand instead of simply instilling traditional culture symbols. The other trend I predict is that, in the wake of technological advancements, cost and logistical advantages, and most importantly a desire to improve the environment, China could indeed pioneer sustainable fashion.

YCW: As a Shanghainese content creator with more than 50,000 Instagram followers, you frequently travel the world to promote brands and products. Do you think certain Chinese consumers feel more international, or do they feel more Chinese as they retain pride over their culture in an increasingly integrated society?

QQ: Being a Chinese face in the international fashion scene creates a unique position for me. It is the largest market for many brands. The world is fascinated by China, while it remains mysterious and often misunderstood to outsiders. I’m a big promoter of my own country and I never get tired of telling people what real China is like, although China is so vast I can’t always speak for all 1.4 billion of my own people.

Although I married a British man and have lived in a couple of different cities around the world, Shanghai will always remain my home. Chinese consumers, especially the top-tier luxury consumers who travel the world and are more accustomed to Western lifestyle and culture, have become more “international.” I think these people embrace their Chinese identity more than ever as it becomes more valued.

QQ: The rein or censorship on Western creative culture entering China has lessened its impact on the Chinese consumer, which has in turn boosted a strong domestic entertainment scene led by local celebrities and talent. This is happening across music, film, television, art, and fashion. I see a lot more independent Chinese designers emerging as fashion becomes an artistic and less political outlet, with consumers who continue to diversify their products instead of conforming to buying the same products. Being unique and niche will redefine what is luxury and will be more likely to succeed in the new fashion landscape.

— Interview by Olivia A. Halsall