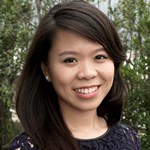 Jasmine Lau is the co-founder of Philanthropy in Motion, a non-profit that provides young people with funding and educational training to contribute to China-based organizations. She was named one of Forbes 30 Under 30 Social Entrepreneurs in Asia for 2016.

Young China Watchers (YCW): Your organization, Philanthropy in Motion (PIM), focuses on China’s young generation who want to make a difference. What types of social causes are they most interested in impacting?

Jasmine Lau (JL): We did a few surveys on young people in China and it’s fairly diverse, but I would say the most popular causes for youth are mainly education, poverty alleviation, and the environment. Environment is a fairly strong one that I think older generations have focused less on. Gender issues are also fairly high. The categories themselves can be broadly representative of what Chinese people in general have been interested in, but in terms of the models, a lot of youth are more interested in social enterprises and innovative models. So it’s more about empowerment-building.

YCW: You are one of the social entrepreneurs to make it onto Forbes 30 Under 30 in Asia list – congratulations. What has been your experience as a female entrepreneur in China?

JL: I think it’s definitely challenging because of both gender stereotypes and age. In China, I think there is a bigger hierarchical focus than in the U.S., so a lot of conferences and events I go to are mainly male-dominated. It is older men talking about philanthropy and social issues, so that is definitely something that I want to change. It is male-dominated in the sense that many of the foundations and big government organizations at the highest levels are run by men. But if you look at the philanthropic sector, the middle management and lower is heavily female.

However, at the same time, what I like about being in China is that people are generally fairly supportive. While I think the industry itself might still be more traditionally male-dominated, there’s a lot of people who are very forward-thinking. In terms of just getting started, one of the things we really tried to do was focus on a small, niche audience that we really understood, and that’s young people. PIM would not be where we are today if people didn’t take a leap of faith and believe in our model.

YCW: The first charity you created focused on providing scholarships for girls in rural areas to go to school. Have you seen any substantial changes since then in girls’ education and the culture surrounding them dropping out?

JL: It’s actually the 10th year since Ember was founded, and I think overall rural areas have become richer in China. I see a huge difference even when we go to the fifth-tier cities. I think with that kind of development, certainly attitudes will change. One thing I notice is that there is a greater understanding, and families are generally a lot more supportive now of girls getting an education. At the same time, there are still financial pressures, so I think the girl often has to prove herself. If a daughter gets good grades their family might think they’re the pride of their family, and might even value her education over the son’s. A boy going to school is still a given, and girls go to school only if they’re smart and have proven themselves. But overall I think families have gotten richer and there is less discrimination and more compromise when it comes to finances.

After the first year, we received a letter from one girl. She dropped out of school after one year because her family was still having financial trouble and she didn’t get a scholarship. It’s a reminder of the challenges under the surface, and one thing she inspired us to do was create more skills-based scholarships. The families of some girls—especially if they don’t get into a good college—think, “We’re not going to send you to school.” Now, finding career-advising opportunities for them so they can find work outside of a factory and other kinds of menial jobs is something we have developed after hearing these stories.

YCW: How do you expect the new law governing NGOs and non-profits to impact your work at PIM? Are people becoming wary of providing philanthropy and charity?

JL: PIM is established under a local Chinese foundation, so in that sense we can still operate, but it will make monetary flows—such as funds we raise outside of Hong Kong—fairly challenging to bring here. It’s an opportunity to bolster our base here in China. The details of the law itself are not really out yet so everyone is kind of waiting to see how it’s going to be implemented. It’s a little worrisome, but I think we’re in a decent position to continue our current operations.

YCW: What advice do you have for other young people in China looking to work in the non-profit and NGO sector?

JL: Come to PIM! For foreign audiences, volunteering is the best way to get your foot in the door and to really understand China because you’re looking at issues from the ground up. We created this platform because I’ve always been an active volunteer, but it was hard to find organizations. But now I feel like it’s blossomed and there are more opportunities than you can imagine.

I think the best way is to think of what your skillset is and where you can add value. There are the regular volunteering and one-time volunteering opportunities, and that’s fairly common in China where people go for a summer or one weekend in the summer to teach English in rural areas. That’s definitely one way to get engaged, but I think there’s a lot more opportunities where you can use your own skillset to help organizations. Just be creative about it, and there are plenty of opportunities.