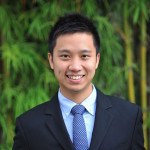 Jing Bao-chiun (“Jingbo”) is a Research Associate at the Centre on Asia and Globalisation, Lee Kuan Yew School of Public Policy, specializing in U.S.-China-Taiwan relations. He was previously an associate researcher for the Mainland Affairs Council (MAC) of Taiwan, a journalist in Washington, D.C., and an intern with the Sumitro Chair for Southeast Asia Studies, Center for Strategic and International Studies. He received a master’s in International Relations from Johns Hopkins University’s School of Advanced International Studies and a bachelor’s in Political Science and Economics from National Taiwan University.

Young China Watchers (YCW): Looking back, have you always been focused on Taiwan’s politics and international relations?

Jing Bao-chiun (JB): I became interested in international relations during my undergraduate studies. It was the international exchange programs I joined in college that made me decide to pursue a graduate degree in the United States. Programs such as American Language and Culture at Stanford University, Learning Across Borders in Myanmar, and Capital Encounter in Washington, DC, afforded me opportunities to discuss leading global issues with students and professionals across the world. These experiences eventually led me to study at Johns Hopkins SAIS.

Being Taiwanese at SAIS, I was usually expected to share my thoughts on Taiwan-related topics. However, it was not until I took a class on Taiwan and cross-strait relations that I became further interested in its domestic politics. Since then, I have focused on Taiwan and its relations with the United States, China, and ASEAN countries.
YCW: Two weeks after the historic Xi-Ma summit, you wrote an article that took a pessimistic stance on the cultural bonds between China and Taiwan. Was this meeting largely symbolic, or was it a real effort by both leaders to break ground in the relationship?

JB: The meeting was indeed a display of great symbolic progress in cross-strait relations. It also sent a clear message that both leaders want to continue normalizing relations on the basis of the1992 Consensus—a tacit understanding that both sides can insist on the “One China” principle, but agree to disagree on its definition.

For President Ma, this highest-level summit shows that the 1992 Consensus is a practical foundation, which both leaders can build on, to talk across the Strait and maintain the peaceful status quo. For President Xi, the meeting demonstrates that China and Taiwan can continue to cooperate insofar as the future leaders of Taiwan accept the 1992 Consensus. Given Taiwan’s presidential election in 2016, it remains to be seen what the new administration’s position on the 1992 Consensus will be and how Taiwan’s cross-strait policy may change.

As for the cultural bonds between China and Taiwan addressed in my article, I refer to President Xi’s rhetoric of “rejuvenation of the Chinese nation” and “blood is thicker than water.” In light of the rise of Taiwanese national identity, the idea of stronger cultural bonds with China is a tough sell in Taiwan. However, I think that people-to-people exchange should continue via tourism and academic exchange programs. All in all, fostering mutual understanding is pivotal for maintaining cross-strait peace.
YCW: As China’s economic weight has grown, the character of U.S.-China-Taiwan relations has shifted. Taiwan is not currently member of the China-backed Regional Comprehensive Economic Partnership (RCEP) or the U.S.-led Trans-Pacific Partnership (TPP). Can we expect its inclusion in these trade agreements?

JB: Facing both the rise of China and the U.S. rebalance to Asia, Taiwan must prudently engage with these two major regional powers in order to secure its national interests. At the center of the current geopolitical struggle lie the mega-trading blocs RCEP and TPP, in which Taiwan has been seeking membership to participate in the regional economic integration.

Although Taiwan’s RCEP and TPP participation bids have bipartisan consensus on the island, its inclusion in these multilateral trade agreements inevitably hinges on decisions made in China. China is driving RCEP and holds significant economic and political influence over many signatories in the U.S.-backed TPP. In this strategic context, Taiwan’s next president faces an uphill struggle to form feasible policies that will allow it to participate in the Asia-Pacific’s economic integration.
YCW: Many are predicting that the Kuomintang (KMT) party will lose in Taiwan’s coming January 2016 elections and that power will transfer back to the Democratic Progress Party (DPP) under Tsai Ing-wen. How would Beijing view such a leadership change and what would be the implications for cross-strait relations?

JB: With only a month left until the presidential and legislative elections in Taiwan, the KMT’s prospects remain dim. Eric Chu, the presidential candidate for the KMT, is trailing far behind the DPP’s Tsai Ing-wen in major opinion polls. It is also likely that the DPP will win the majority in the Legislative Yuan.

Should the DPP gain power in 2016, the four-month period between elections on 16 January and the presidential inauguration on 20 May will be critical for the future of cross-strait relations. If Tsai wins, the way she addresses cross-strait policy in her victory and inaugural speeches must be carefully analyzed, and the reaction from Beijing should be taken seriously. If the Chinese leadership is not satisfied with Tsai’s position, Beijing could reverse the positive direction cross-strait relations have taken over the last seven years—which will not help China win the hearts and minds of the Taiwanese people.

During the Xi-Ma meeting, President Xi stated that the 1992 Consensus is the foundation on which both sides of the Strait can cooperate. As Tsai has not accepted the existence of the 1992 Consensus, she must advance the DPP’s political formula for maintaining the status quo and push for stable cross-strait relations.
YCW: Having worked in a variety of forums—from a think tank to a government council to a university—what are the pros and cons of each institution for a researcher? As you develop your career, what sort of skills have proved most valuable to your research, such as an economic background or a second language?

JB: Conducting research projects on campus or in think tanks, you usually enjoy more academic freedom than while working for the government. For example, I am encouraged at National University of Singapore (NUS) to research the topics I am interested in and publish my works.

Although I did not write much for public consumption at the Mainland Affairs Council (MAC), I performed research that was helpful to the council’s international outreach and the hands-on experience now informs my work on cross-strait relations at NUS.

Living in the information explosion era, I think having the skills to identify key issues and analyze them in the logical ways are the most valuable to my research. These skills are developed through reading, writing, and talking to people in the government and public. This process takes perseverance, but has helped me write better media and academic articles. In addition, having an economic background and language/communication skills are significantly helpful. For instance, learning Thai helped me better understand Thai culture, and taking courses such as international monetary economics equipped me with the tools to analyze Asia’s political economy.