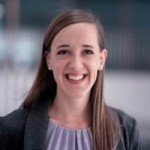 Lauren Dickey is a PhD student in the Department of War Studies at King’s College and the Political Science Department at the National University of Singapore. She was previously a research associate at the Council on Foreign Relations (CFR) in Washington, DC, where she worked on U.S. foreign and defense policy issues with an emphasis on East Asia and the role of economic tools in statecraft. In addition to publishing for CFR, her writing has also appeared in The Diplomat, War on the Rocks, The National Interest, and Defense One, among others. She is a graduate of the University of Oregon (BA, Asian Studies and Chinese) and SOAS (MA, International Studies and Diplomacy). She is a member of the Pacific Forum Young Leaders Program at the Center for Strategic and International Studies (CSIS) and a fluent Mandarin Chinese speaker.

Young China Watchers (YCW): Where did your interest in Chinese foreign and defense policy and cross-strait relations come from?

Lauren Dickey (LD): My interest in China originally had an element of luck to it. I took a gap year and participated in a youth exchange program through Rotary International, an international service organization that brings together professionals to advance goodwill and provide humanitarian service. At the time, Rotary offered me the option of going to Taiwan. I had done some coursework in high school on Asia, but admittedly didn’t know much about the region prior to my gap year. And I certainly didn’t speak Chinese! The year I spent in Taiwan was a jump-start for the rest of my career. The immersive experience—into the language, society, history, and politics—shaped the path that I have taken ever since.

YCW: Your nearly completed PhD at King’s College London examines Chinese President Xi Jinping’s strategy on Taiwan and asks why a ‘strong’ China has been unsuccessful in persuading a ‘weaker’ Taiwan to meet its desire for reunification. What are some of your key findings on this topic?

LD: My research looks at how Chinese strategy toward Taiwan has evolved since Xi stepped into power. My goal was to look at the evolution of strategy in the Taiwan Strait through a more active lens. In other words, I wanted to account for how Beijing has adapted to changes in Taiwan, how Taiwan has responded, and what effects this interaction has for the political and strategic objectives of each side. The data and analysis led me to conclude that China has tried to adapt its approach to Taiwan as a result of changes in the external environment. But these adaptations have not placed Beijing any nearer to its desired goal of reunification. China lacks a coherent vision for how reunification can be achieved and what form reunification would take. The “one country, two systems” approach to reunification is not only no longer feasible—as can be seen in Hong Kong—but lacking an alternative.

From the perspective of Taiwan, Chinese actions have impacted and at times restricted the actions of decision makers in Taipei. The administration of current president Tsai Ing-wen has not recognized what Beijing considers to be the political prerequisites of cross-Strait relations, including the 1992 Consensus. This refusal has provided Chinese statesmen with ample justification for punitive or coercive actions toward the island. Some of these—such as the People’s Liberation Army Air Force island circumnavigations—appear aimed at wearing down the island’s military readiness. The cost of frequent scrambles distracts from other lines of self-defence preparations. In the economic realm, by contrast, Chinese efforts to weaken Taiwan have been far more pernicious—and, as my research showed, aided in part by the inability of successive administrations in Taipei to reinvigorate the island’s economy.

Perhaps the most important finding of my research is that amid the changed dynamics of strategy in the Taiwan Strait, from Beijing’s perspective, the absence of reunification has yielded a growing volatility in Chinese strategy. China has ample power, confidence, and resources but – save for the use of overt military force – it has failed to change the cross-Strait status quo in a manner that aligns with the political objective of reunification. With time, there is likely to be a greater sense of urgency to ensuring that a strong, prosperous, and modern China is also a reunified one.

YCW: During your PhD you had the opportunity to interview experts from both sides of the Straits and the US policy making communities. What was your experience talking to these different parties?”

LD: I think that the field research component of my PhD was not only the most fruitful part of my research, but also a really great opportunity to hear from policy practitioners and decision makers about how they think about China and Taiwan today. In academia, we have the gift of time—time to think about theories, big picture problems, and so forth. But policymakers don’t have the luxury of time; while they certainly may seek the input of academic research into policy, they require information and solutions on a much shorter time frame. This was a reminder to me that academic research should be rigorous methodologically and analytically—but it should also seek, where possible, to be policy relevant.

It was also, as one might imagine, very interesting to hear the varying perspectives on Taiwan from both sides of the Strait. In China, the research environment became increasingly difficult during my PhD. Taiwan is of course a topic that gets a lot of attention—and, as a result, not an issue that experts are always eager to speak much about. But, with patience and time, I found that there are actually a lot more views beyond the Party line on Taiwan. In Taipei, the conversations I had depended a lot on political affiliations of the experts.

YCW: You are an expert in the field of Chinese strategic policy, and a leading female voice on these issue. What advice do you have for women looking to pursue a career in strategic studies?

LD: First, read widely in your field of interest. You don’t have to get a PhD—I will be the first person to admit that they aren’t for everyone—but find an area of expertise that gets you excited and build a strong base of knowledge. I would similarly suggest leveraging opportunities that arise to showcase your expertise, whether it is writing analytical pieces, presenting papers, or participating in round-table discussions. Second, find a mentor. There is always more to learn and having someone that is in your field and able to support your learning process and professional career is really important.

YCW: Do you have any book or article recommendations for people interested in strategic studies and cross-strait issues?

LD: A lot of my own research has derived from strategic theory, a field that has permeated the broader literature on strategic studies through the works of Thomas Schelling, Colin Gray, and Harry Yarger. Gray and Yarger, in particular, have each written books on the theory of strategy that are clear and digestible for both the academic and policymaking audiences. On cross-Strait issues, I would recommend Alan Wachman’s Why Taiwan? Geostrategic Rationales for China’s Territorial Integrity and, more recently, Taiwan’s China Dilemma: Contested Identities and Multiple Interests in Taiwan’s Cross-Strait Economic Policy by Shirley Syaru Lin.