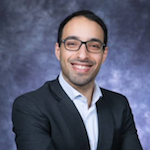 Mohammed Turki Al-Sudairi is a Research Fellow at the King Faisal Center for Research and Islamic Studies, and Head of the Asian Studies Unit. He is currently completing his PhD in Comparative Politics at the University of Hong Kong. Mohammed holds a B.S. in International Politics from Georgetown University and double master’s degrees in International Relations and International History from Peking University and the London School of Economics, respectively. His research focuses on Chinese politics, normative transnational links in Sino-Middle Eastern relations, and the Arab left.

Young China Watchers (YCW): Last month, you spoke at a panel on Gulf-East Asia relations in DC. Beyond trade links—China is the top consumer of Saudi oil—how would you qualify the connections between China and Saudi Arabia?

Mohammed Al-Sudairi (MAS):  The Sino-Saudi relationship has undergone something of a “reset” since 2014. The early years of King Abdullah’s reign (2005-2015) constituted something of a “golden age” in Sino-Saudi relations, which could be understood in the context of not only shifting global economic patterns, but also Riyadh’s tensions with the Bush administration following its disastrous decision to invade Iraq in 2003. From 2011, there was a drift in the relationship born from differences over how best to resolve regional crises—including Syria and the Iranian nuclear negotiations—amplified by misplaced expectations on the part of Saudi elite towards China’s presumed foreign policy stances on these issues.

The late King Abdullah oversaw an “Eastward-pivot” (itijah sharqan) strategy that involved an active effort to court Beijing. China was one of the first foreign countries he visited following his ascension to the throne, and in 2006 former President Hu Jintao was honoured by being the first foreign dignitary to address the Saudi majles al-shura. Bilateral economic ties boomed, fuelled primarily by China’s emergence as Aramco’s largest market for crude oil. Chinese construction companies also entered the Saudi market at the time, which was, awash with liquidity due to the “third oil boom” (al-tafra al-niftiyya al-thalitha) starting from 2005-2006. The bids to major projects—most notably, the Al-Masha’er al-Mugadadassah Metro Line in the vicinity of Mecca—were awarded to Chinese state-owned enterprises (SOEs) such as the China Railway Construction Corporation.

People-to-people interactions also grew considerably during this time. The influx of Saudi visitors to the biannual Canton fairs necessitated the chartering of three weekly direct flights between Riyadh and Guangzhou, and for the first time, Saudi students were sent to China to pursue a university education under state sponsorship. Both states were eager to signal their support for strengthening bilateral ties through key gestures: For instance, the Saudi government was the largest foreign donor to China following the Sichuan earthquake in 2008, extending nearly USD 60 million in aid, and established plans for the King Abdulaziz Library at Peking University in 2009.

YCW: What then caused a rift in the Sino-Saudi relationship around 2011?

MAS: Certain expectations were built up about what the relationship would entail, if not in the military-security arena, then diplomatically. In 2011-2014, China vetoed four major resolutions in the UN Security Council revolving around the Syrian civil war, an issue of considerable strategic importance to Saudi Arabia. The talks surrounding Iran’s nuclear enrichment program, and China’s role as a mediator between Tehran and Washington, were another issue, albeit less problematic. This dampened enthusiasm for the relationship among Saudi elites, and led to a period of drift and even the suspension of various modes of engagement, such as the Free Trade Agreement negotiation rounds that had been ongoing since 2004. The latter were restarted in 2016, although disputes over petrochemical tariffs remain.

Since 2014, elites in both countries have opted to side-line their political differences, in part because of their economic partnership, but also due to changes in the Arab regional landscape. A more important factor perhaps has been the ascension of a new elite within the Chinese and Saudi political scenes. Saudi Arabia was President Xi Jinping’s first stop on his Middle East tour in January 2016, coinciding with the release of China’s first Arab White Paper.

The trip also saw the elevation of Sino-Saudi ties into a “Comprehensive Strategic Partnership” (全面战略伙伴关系), implying that relations have moved beyond economic and political significance to assume a security dimension. Accordingly, both countries conducted their first joint anti-terror drill in October 2015. As well, Beijing has expressed support for the goals of the Saudi military coalition against the Houthis in Yemen, a stance that has been welcomed by the leadership in Riyadh.

YCW: Is the temperature of the Sino-Saudi relationship warming or cooling, in light of U.S. President Donald Trump’s embrace of Riyadh and the ongoing privatization under Saudi Arabia’s Vision 2030 plan?

It is unclear as to how, and to what extent, Trump’s election will shape Sino-Saudi relations at this stage. Certainly, exasperation with the former Obama administration in the Gulf may have contributed to the “reset” that took place since 2014, although I would qualify this as an extension of a broader strategy to mend and diversify the Kingdom’s links with other powers, such as Russia, rather than an intentional “pivot” towards Beijing.

It is my sense that both Saudi and Chinese elites see the 2030 Vision as a possible framework for strengthening their overall bilateral relationship. The Vision itself was initially published in a few key languages, including Chinese, indicating the audience Saudi policymakers are trying to address. A joint committee linking Saudi Arabia’s Council of Economic and Development Affairs and China’s  National Development and Reform Commission was created in 2016, as the main institutional channel for synergizing the Vision with China’s Belt and Road Initiative (BRI). There have since been preliminary proposals for Chinese involvement in the bridges that will connect Egypt’s Sinai with northern Saudi Arabia, positioning Saudi Arabia as China’s doorway into Africa under the BRI.

All this should be considered against the backdrop of how much of Saudi Arabia’s energy exports now flow eastward to the Chinese, Korean, Japanese, Indian, and ASEAN markets, in contradistinction to Western markets, primarily the U.S., where the shale oil revolution and various economic shifts have diminished reliance on foreign oil imports over the last decade.

Regardless, bilateral relations are near-guaranteed to be endowed with considerable strategic significance, due to the energy dynamic: Since 2013, China has been the world’s largest net-importer of petroleum and other liquids, averaging an import of nearly six million barrels a day. Aramco has pursued a strategy of building downstream refining infrastructure in places like Fujian, Shandong, and potentially Yunnan to ensure that Arabian sweet crude continues to be processed for use in the Chinese market. All this should be considered against the backdrop of how much of Saudi Arabia’s energy exports now flow eastward to the Chinese, Korean, Japanese, Indian, and ASEAN markets, in contradistinction to Western markets, primarily the U.S., where the shale oil revolution and various economic shifts have diminished reliance on foreign oil imports over the last decade.

I don’t expect a strategic shift in Sino-Saudi relations anytime soon, however: Saudi elites remain normatively invested in maintaining the American-backed security structure in the Gulf, despite their attempt to chart a more independent foreign policy. Beyond that, China does not yet have the diplomatic wherewithal, power projection capabilities, and perhaps even the will, to push the relationship in a strategic direction.

YCW: The forthcoming public offering of Saudi Arabia’s “crown jewel” Aramco has prompted a flurry of speculation over where the state-owned oil and gas company will list and who will acquire the 5% on offer. PetroChina and Sinopec have expressed interest in the 5% stake. What are the hidden concerns of Chinese investment in Aramco, from the perspective of both Beijing and Riyadh?

MAS: My sense is that there is a partial preference on the part of the elite in Riyadh to have the listing in New York or London, in addition to the local Saudi market, Tadawul. There is also perhaps a desire to perpetuate the “petrodollar recycling” patterns that have traditionally defined the ways in which Riyadh has engaged Western capitals—that is, reinvesting oil wealth in defense industries and productive as well as symbolic assets to reinforce the security commitments of the West towards Saudi Arabia and the Gulf region. However, there are major issues for listing in a place like New York, as it would require greater disclosure by Aramco and could also place its assets at risk of being appropriated under the Justice Against Sponsors of Terrorism Act.

A direct buy-in by Chinese SOEs offers Saudi decision-makers a secure injection of capital without these problematic and risky legal entanglements. The hidden concerns are, of course, what such a 5% stake would imply, and how it would be perceived by other geopolitical actors. For instance, would such a stake create a dynamic wherein Saudi regime-security would emerge as a Chinese national interest? It is worth remembering that Saudi decision-makers are seeking to utilize the flurry of speculation to strategically improve their bargaining positions and maximize their leverage—perhaps with an eye towards realizing their original plans for the offering.

YCW: How does the six-member Gulf Cooperation Council (GCC) view inbound Chinese investment via the BRI, Chinese buyers of real estate, or otherwise?

MAS: GCC elites, particularly Saudi and Emirati ones, have enthusiastically embraced the BRI, connecting it to their own economic transformation plans and applying for membership in key institutional structures, such as the Asian Infrastructure Development Bank. There are already several BRI-connected projects across the Gulf, including Oman’s Sino-Oman Industrial City in Duqm and a special economic zone and port in Abu Dhabi.

Although the Gulf region as a whole does not have its own “economic corridor,” as in Pakistan or Myanmar, the GCC—one of China’s largest trading partners outside the Asia-Pacific, with a cumulative trade volume reaching nearly USD 114 billion in 2016, two Renminbi clearing houses in Doha and Dubai, and a strategic geographic position—is inevitably going to emerge as one of the major nodes of the BRI. Whatever projections you look at, the GCC’s main trading partner from 2020 onwards will likely be China.

Whatever projections you look at, the GCC’s main trading partner from 2020 onwards will likely be China.

YCW: As a researcher fluent in Arabic, Mandarin and written Chinese, how has your command of a language supported your work? Do you have any advice for young professionals interested in China and comparative politics?

Language proficiency is of critical importance for conducting research, whether in terms of accessing original sources or in alerting one to developments that might not be part of the English-language academic debates and media coverage surrounding China. This type of access has opened up many worlds to me over the past few years, and helped take my research into more interesting and fruitful directions. I wouldn’t have been able to explore some of the transnational ties between the two regions—pertaining, say, to the salafi communities in Gansu and Qinghai and their ties to Saudi Arabia—without that proficiency.

As for advice, I would say read as widely as you can, including the old classics which are often side-lined, and be sensitive to the fact that all discourse is shaped by an ideological outlook. It is striking to me how much the China studies field, especially that being produced in the U.S., mirrors in many of its assessments on the resilience, durability, and operation of these political systems, those found in the area studies focusing on the Gulf monarchies—typified, for instance, by the “imminent collapse” scenarios we hear so often about China or Saudi Arabia. Awareness of the ideological and politically contested nature of presumably objective discourses is critical, particularly if one is interested in developing a more granular perspective, as opposed to merely reproducing assumptions about the logic and processes of authoritarian systems.