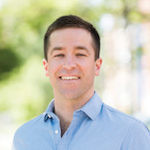 Neil Thomas is a Research Associate at MacroPolo at the Paulson Institute, where he works on Chinese politics and international political economy. Neil previously worked for The Australian National University, both as a Morrison Scholar at the Australian Centre on China in the World and as a Research Project Officer at the Crawford School of Public Policy. He has also spent time at the Carnegie-Tsinghua Center, Danwei Media, and The Texas Tribune, and has written for publications including The China Story Journal, East Asia Forum,International Journal of Public Policy, Australian Financial Review, and Kennedy School Review. Neil holds a Master in Public Policy from the John F. Kennedy School of Government at Harvard University, where he was an IGA Student Fellow at The Belfer Center for Science and International Affairs, and a Bachelor of Arts in economics and political science from the University of Western Australia, where he was a UWA Fogarty Scholar.

Young China Watchers (YCW): You have had a China-centric career with time spent working with some of the best minds in the field including the Sinologist Gereme Barmé, as well as Jeremy Goldkorn of Sinica fame. You now work as a Research Associate at MacroPolo at the Paulson Institute in the U.S. Where did your keen interest in China come from?

Neil Thomas (NT): My interest in China really came from living there. I was 21 and had just done a year of student exchange in Europe when I, on something of a whim, responded to a good mate’s encouragement to head to China and study Chinese. I ended up spending five semesters in Hangzhou and Beijing. It’s hard to say exactly why I stuck around. Perhaps it was the intellectual challenge of learning the language and understanding the society. Perhaps it was the sheer importance of China in our global future. Perhaps there was just a lot of good food around.

But the main reason that I’ve been able to pursue an eclectic career as a “China watcher” is that I’ve been fortunate enough to stumble across very generous mentors and to work under the extraordinary bosses that you’ve mentioned. I’d encourage everyone to follow Barmé’s work on the China Heritage website, the East Asia Forum blog established by Peter Drysdale, the SupChina newsletter edited by Jeremy Goldkorn, and the work of Ryan Manuel at the Asia Global Institute on the rules of Chinese politics. Their commitment to excellence and intellectual innovation are also the features of MacroPolo that mean I enjoy working there.

YCW: Tell us about your MacroPolo article ‘In Xi We Trust: How Propaganda Might Be Working in the New Era’ that you co-wrote alongside your colleague Damien Ma. What are the key differences between Xi Jinping’s propaganda model and his most recent predecessors?

NT: Damien and I coined the term “Propaganda in the New Era” to describe Xi’s policies in this sphere. Propaganda remains a critical apparatus of Party power and we identify four significant shifts in domestic propaganda work that have occurred under Xi’s watch. First, we analysed the propaganda bureaucracy, and found that Xi’s Party has the most direct control of media regulation since Mao. Second, we unearthed some little-known public records of propaganda spending, and discovered that it has been increasing substantially. Third, we consumed a bunch of propaganda, and judged that Xi’s investments in improving propaganda quality seem to be working (might some people now accuse us of being brainwashed?). Fourth, we used the data that exists on popular opinion in China to conclude that “Propaganda in the New Era” has correlated with greater public trust. Taken together, these changes provide evidence that supports the popular notion that the China Story is becoming the Xi Jinping Story.

YCW: You recently published an article on the Chinese government’s policy to reform its restrooms, aptly named the “Toilet Revolution.” Tell us about the drivers behind this policy, and how the policy is related to Xi’s time as “sent down youth” in Liangjiahe?

NT: The Toilet Revolution is a major effort to improve the quantity and quality of restrooms in China. I argued that the lifecycle of this quite successful policy initiative offers an instructive window on how the Chinese government can respond to popular wishes, how bureaucratic actors align parochial objectives with central priorities, how the approval of top leaders is decisive for policy success, and how agencies effectively implement national campaigns. So, as well as obvious public health objectives, this revolution is driven by skilled bureaucrats and sympathetic leaders.

Xi is a big backer of the Toilet Revolution. There’s some evidence in official accounts of Xi’s life that his toilet fixation may stem from formative experiences in rural China. While Xi was still a “sent down youth” in Shaanxi in the late 1970s, he apparently built the first female-only bathrooms in Zhaojiahe village. Then, when he served as a young cadre in Hebei in the early 1980s, Xi led Zhengding county’s efforts to clean up its dirty latrines. Nowadays, Xi is fond of quizzing rural villagers about whether they have flush toilets yet.

YCW: In the article ‘New and old: foreign policy under Xi Jinping’, you said that the U.S. can manage the challenges of a rising China without fighting a costly and divisive “new Cold War” because Chinese foreign policy is not as aggressive as some believe. Do you think analysts in the West misunderstand the aims of Xi’s foreign policy?

NT: I think most analysts understand that the basic aim of Xi’s foreign policy is to expand China’s influence in global affairs so as to create a more enabling international environment for the country to continue growing in a way that benefits the Chinese Communist Party. But I do not think that Chinese foreign policy is quite as aggressive as some of its most ardent critics believe. A close reading of China’s official discourse shows that, while he has undoubtedly brought new attitudes and new initiatives to Chinese foreign policy, Xi continues to endorse many of the underlying themes of his predecessors’ policies.

I do believe that the “China threat” to “Western society” or “our freedoms” is sometimes exaggerated. Liberal democracies must bolster their political institutions to counter illegal interference from other countries but, in terms of preserving the health of our democratic systems, I think the dangers from abroad pale in comparison to internal threats such as widening inequality, inaction on climate change, and policy capture by well-financed special interests. I also doubt that a “new Cold War” with China would be in the best interests of “the West” or the “rules-based international order.” I think that increased attention to China’s activities abroad actually shows the robustness of liberal societies, but I fear that the backlash will generate an overcorrection that could undermine our values (as well as our polities and economies) as much as it does China.

Many of China’s foreign policies demand a strong response from other countries, but Xi’s China seems “revisionist” more in the narrow sense of working to bend the international order to its interests rather than in the existential sense of wanting to supplant the current order or shoulder the costs of becoming a global hegemon on par with the US. The policies of “engagement” did not prevent Western countries from practicing military deterrence, political hedging, and human rights advocacy with regard to China. I believe there is still potential for bilateral diplomacy that influences Chinese behavior through constructive positive-sum compromise and for multilateral diplomacy whereby likeminded countries work together to produce tougher rules-based institutions.

YCW: Finally, what China-related books or podcasts are you enjoying at the moment?

NT: I’ve just finished reading The Man Awakened from Dreams by Henrietta Harrison. It’s an incredible history that tells the story of Liu Dapeng—a provincial degree-holder in rural Shanxi who lived from 1857-1942—and shows how the forces of politics, economics, culture, and personality can combine to shape a life.

I’ve always enjoyed the Sinica Podcast, and its growing stable of titles, but I’d also like to recommend the Little Red Podcast hosted by Louisa Lim and Graeme Smith in Australia, which consistently delivers in-depth interviews and excellent discussions on an impressive range of pressing China-related topics.