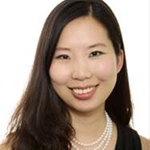 Ran Xu is Head of YCW Shanghai and a managing director at Energy Maritime Associates, a research consultancy focused on offshore energy. Her professional career spans government, research, and consulting in Asia for the past 11 years, including serving as an Economic Officer for the U.S. Department of State, where she represented US economic and political interests in APEC forums and Southeast Asia. She is also Director of XuArtSpace and has curated several exhibitions in Chinese museums. Ran holds a master’s degree in Public Policy and International Development Economics from Harvard University-Kennedy School of Government.

Young China Watchers (YCW): You were born in Shanghai and have worked across Asia. Was returning to China inevitable? What brought you back to Shanghai, and were you surprised by any of the changes to the city?

Ran Xu (RX): I grew up here until I was eight, and I’ve visited frequently through the years, so this is a familiar place for me. But I wasn’t planning to come back. I was in the international field, so I figured I would end up here at one point, but I didn’t set a target for China. I returned to Shanghai, professionally, in 2009.

I think the core of Shanghai and the general atmosphere of the city have not significantly changed, other than having more shops and being generally more prosperous. The new development areas that are now considered part of Shanghai, but historically would have been considered suburbs or even countryside, those changed a lot.
YCW: What is the nature of the work of Energy Maritime Associates (EMA) and your role there?

RX: I’m a partner in the firm. My original background was in macro and industrial consulting, so I did a lot of policy work and industrial policy development. When you’ve done consulting for a while, most of the issues that come up apply across the board; it’s just a matter of specifics.

EMA is a small firm focused on offshore energy consulting, and specifically on a type of vessel that’s used to extract oil and gas from the sea. It’s actually a billion-dollar industry, but it’s not one that many people are aware of. It goes from national oil companies, private oil companies, all the way to the many subcontractors and the shipyards, leasing companies, and banks.

We’re in an advisory role, and we have a report that comes out four times a year and has been in the industry for 16 years. Many of the major players in the industry are our clients.
YCW: Is China a significant player in this industry?

RX: All the Nanhai-area activity is because of it, so yes. However, China hasn’t been able to fully develop it, because it’s an industry with a very high threshold to enter. You need not only capital, but a lot of technical expertise to build the vessel to the correct specifications, develop the field according to the right conditions, and so on. China is trying to get into it, because it’s the higher end of the oil and gas development chain, but it still has a ways to go.

Our industry is global, so China is just one part of it, and if anything, most of our Chinese clients look for the non-Chinese perspective. Most of the Chinese companies can only deal within China, and all their projects are Chinese-run, so if they want to break into the international market they have to learn new ways of doing things.
YCW: What is your connection with the art industry in China?

RX: My family background is in the arts because my father is an artist. Part of the reason I left a corporate career was so that I could have more time for the arts.

We curate exhibitions, typically with a U.S.-China aspect. From 2010 to 2013 we did a series of Chinese-American art exhibitions around China at all the major museums. The last one finished at the National Museum. It was sponsored by the U.S. Embassy, and the ambassador came and spoke.
YCW: As a curator, how have you used art to cross barriers of culture and history?

RX: We try to use art as a bridge. Working with the U.S. Embassy, I think we helped them as well. I used to be in the foreign service, so I know that the U.S has a very limited budget for cultural activities. Part of what we try to do is give platforms on the political side.

On the cultural side, I believe curating shouldn’t be about promoting one particular artist. It should be about the idea embodied by that person through their work. For example, I don’t have any problem putting contemporary art next to historical pieces. I think more exhibitions should be curated in this way. Especially in China, where shows tend to be very Sino-focused, it would be better to have more exhibitions that presented art from China along with works from elsewhere.
YCW: What kind of response have your shows received?

RX: If we were not working with an agency like the U.S. Embassy, we’d probably have a harder time putting on these shows. But working with a government agency, we were given a bit more latitude. People enjoyed the shows, and they were pretty responsive to the idea. I think the younger generation, especially, is very open to ideas, both old and new. There’s a lot of thirst for that.
YCW: How have your diverse experiences in government service, consultancy, and art shaped your approach as Head of YCW Shanghai?

RX: It made me think nobody is too good to speak for us! People give too much credit to titles. Having worked in government and with some of the biggest corporations, I think if a person is knowledgeable and open, then there’s no reason why they shouldn’t be reaching out to an audience in China. For example, next month we’re having the Consul General of Japan speak on Sino-Japanese relations. I met him at a dinner and asked if he’d speak for us, and he said yes.
YCW: You are currently editing YCW’s first book, a collection of “new voices” on China. Please tell us about the project.

RX: When you look at the discourse on China today, it’s mostly dominated by academics or journalists who’ve written books. Those are only two, very different, voices. Academics are very narrowly focused on their area of expertise, and the things they write about contemporary China are often outdated by publication, especially anything dealing with datasets. Journalists, on the other hand, may be a bit too broad.

Our idea is that within our general audience, in Shanghai and throughout China, there are many professionals who have been here for a long time. That’s actually one of the criteria for our book: you have to demonstrate presence here for at least four years. We believe these people have a unique ability to discuss some of the practical issues that face Chinese businesses or society, along with the ability to apply a macro view. It doesn’t matter which industry you’re coming from, because all types of industries touch upon social problems and economic issues in China. What matters is how you think about it, and your understanding of the major drivers behind whatever business or social problem you’re facing.

It’s somewhere between mass journalism and academia. We want to bring these underrepresented voices to the general public, because they offer a more nuanced view of what’s happening.
YCW: What career advice can you offer to fellow young China watchers with a multidisciplinary background and a wide range of interests?

RX: If you’re coming to China, I think you should have a good knowledge of Chinese history, and hopefully some language as well. If you come here without making the effort, then it’s just like summer camp. You hang out with your buddies, you don’t really get immersed in society, and yes, you may have some interesting observations, but it’s pretty superficial. If you’re coming here you should take a more serious attitude. Try to question your own biases, and try to understand more fully some of the historical and cultural issues that are here.