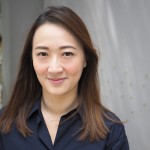 Victoria Ho is the executive producer of Goldthread. She was previously the Asia bureau editor at Mashable and was a correspondent for publications such as the Business Times, TechCrunch, and ZDNet.


Young China Watchers (YCW): Can you tell us a little about the editorial vision for Goldthread?

Victoria Ho (VH): About a year and a half ago the South China Morning Post conducted research on press coverage of China, and that research identified gaps in covering contemporary culture and explaining China. The major pillars readers wanted included travel, food, and stories of people. There are several products that each touch on one aspect, but there was no single outlet focused on all these topics.

So the SCMP launched Goldthread to tell nuanced stories not seen in the West. We find most stories written today about Chinese people are told from afar and can seem pretty exaggerated. We want to tell real stories and unearth stories that accurately reflect the yearnings and anxieties of a new generation in China.

YCW: What do international news outlets miss when reporting on culture in contemporary China? What kind of perceptions about China are you hoping to change?

VH: Foreign media often reports on China as an exotic place. It’s not intentional—it’s largely language and cultural barriers that get in the way, so it’s easy to miss the nuances. Media coverage also tends to portray China as a country of homogenous people, but China actually has many ethnic groups.

Then there’s the story of those who have left China—the immigrant story. There are multiple stories because several hundred years of immigration has resulted in a very colorful immigrant culture. In Singapore, my grandparents’ experiences impact what Chinese culture means to me, and that meaning is very different compared to someone that had relatives leave China during the Cultural Revolution. We aim to talk with as many people as possible because everyone’s story is so different.

The main difference with Goldthread is that we’re not purporting to be experts at China. Viewers learn as we discover more through our travels.

YCW: What topics are you most excited to cover and why?

VH: I’m most excited to try to get at how people live in a new, tech-reliant world. We’re about to release a piece on how a Chinese professor prefers to borrow money from Alibaba rather than interact with his bank. So there’s a change in how we trust corporations, the way people view their own personal credit rating, and the way people consume online.

I’m also interested in exploring how technology has changed rural business in the countryside, especially the roles of transportation and mobile payment in that transformation. Today’s stories from the countryside are different compared to 10 years ago, when reporting mainly focused on the gaokao. As people are being lifted out of poverty in rural places, young people are no longer fitting into the stereotypes of chasing wealth, spending money, and media consumerism.

A good example here is the tea chain Sung Tea, which parodies the anxiety young people feel about life at a meta level. They sell teas with names including “your mum hates you” and “my-ex’s-life-is-better-than-mine fruit tea.” It’s really hard to do justice to this cultural nuance, especially when it involves explaining memes, so we’ll continue to update the articles we publish and keep the conversation going.

VH: The content we put out is unique to each platform. We don’t intend to use social media platforms as a big advertisement to push eyeballs to the Goldthread website because we see that as disingenuous.

For instance, our Instagram posts are a little more offbeat and are meant to give our designers and video editors a chance to express themselves. It gives them a space to do something different  from the videos they produce for YouTube. The people who follow us on Instagram want to be amused by bonus content, such as behind-the-scenes stuff, on our Instagram Stories.

But on YouTube, for example, people might be using a laptop or a TV and they expect a longer video, so on that platform we try to do four to five minutes of content.

YCW: You’ve previously worked as a tech reporter in Asia, most recently as an Asia bureau editor at Mashable. What kind of impact has technology had on culture in China? How will that impact change over the coming few years?

VH: There are so many more stories to tell beyond just the development of technology itself. One big factor affecting tech coverage in China is the way rural communities are adapting to mobile money and apps. Tech is advancing logistics through bullet trains,same day delivery, and mobile cash payment. That translates into a change in the way that people own and consume things. Many young people in China are starting to see consumerism as hollow. This is in stark contrast to  their parents’ generation, which might have been more caught up in chasing the dollar. Young people are choosing to spend time in the countryside and disconnect from the rat race. But they can do this and still be well-connected because of tech.

Thanks to technology, popular culture and voices will permeate. Young people’s dreams and anxieties will look very different in five years.

YCW: Do you have any advice for aspiring multimedia journalists who want to cover Greater China?

VH: Improve your Mandarin! Moving to China would certainly help that. It’s also important to talk to real people. Even as an outsider, talking to the real users of a product can give you an understanding of what’s underreported or give you insight you wouldn’t hear from the makers of a product. Consume Chinese media like the locals do by going beyond state television and state news. Don’t only rely on sites such as Reddit or Twitter to get your news about what’s going on in China’s tech scene. So get on WeChat—be obsessed with it—and read local blogs.