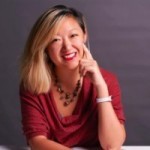 Elaine Chow is a long-time China hand and expatriate, having moved to Shanghai for the first time in 1997. Since then, she has served as Asia Editor for tech website Gizmodo and Head Editor of English-language China news website Shanghaiist. She now currently works to help multinationals with their China-based digital marketing needs. 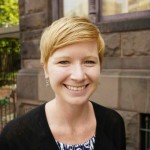 Jessica Colwell is a freelance writer and translator currently living in Hangzhou. She has lived and worked in China for over six years, most recently finishing up a two-year stint as the Assistant Director of the CET-Middlebury in China intensive Chinese language program in Hangzhou. Formerly, she worked for two years as an editor at Shanghaiist.com, and remains an occasional contributor to the site.

Jessica Colwell (JC): We decided to do this through a very casual conversation about how we needed to watch more Chinese TV. And then Elaine said, “Why don’t we make a podcast about a show that we watch?”

Elaine Chow (EC): It was crazy that a show like this was happening in the Chinese media sphere. It was supposed to be good; plus, my parents love it.

JC: And I think we both wanted to learn the process of making a podcast. I’m such a podcast-listener, and learning how to make one is fun. It’s a lot of work, but I enjoy it.

YCW: Is the Chinese-language element of the show difficult to follow?

EC: We’re both very comfortable in daily-life Chinese, but the jump to this show was a big one.

JC: Especially this show. I think if we were watching the series “Ode to Joy” (欢乐颂) it would be different. I keep meaning to post a list of characters on the podcast website, but whenever I try I get so deep into the bureaucratic titles that I just give up. Sometimes I think, “Is there this much talking in American shows?” A lot of the conversations will continue through multiple episodes.

EC: I think this is just a part of Chinese culture: explaining everything multiple times. For example, in the English language, jokes rely on there being something unspoken, so the punchline is in that gap. But in Chinese jokes, comedians will tell the audience exactly how the joke is funny, so I think the show is just in line with that cultural norm. It leads to some interesting philosophical discussions on corruption.

YCW: How would you explain the political and corruption elements of the show?

EC: Well, it’s compared to “House of Cards” because it’s the first show to really get into political intrigue, but the plots are totally different. This was the first time we’ve really seen China allow a more nuanced look at something that is so prevalent and difficult to address. There was a semi-official ban on corruption being represented in China because if you’re not portraying it in a nuanced way, you’re just going to make the people mad. And the show is great propaganda in a more subtle sense. There are no real villains, but it basically touches all the way up to the top central government. It shows that the central government realizes that corruption is a huge problem; they’re not trying to sugar coat it.

Maybe authorities didn’t realize that it was going to become so popular. And so far, the show isn’t showing the government in a bad light, but rather emphasizing that corruption happens as a result of human nature.

JC: Corruption is the number one risk to stability in China—which is why President Xi Jinping is running his anti-corruption campaign—and this show is the first on television that’s been allowed to address it. Zhou Meisen, who wrote the novel it’s based on, said he was shocked that he was allowed to adapt it for the screen without any major edits.

It’s very clear that the corrupt characters have “lost their way” because they decided to chase GDP or their own promotions rather than the people’s happiness. The show is basically about the fact that they should be serving the people and they’re not. We haven’t gotten to episodes yet where characters are using government money for personal enjoyment, but I’m assuming it will be revealed that some characters are doing that.

EC: I wish I had started a count of how many times the show’s eponymous phrase “in the name of the people” (人民的名义) is used in dialogue. “The people” are referenced constantly. It gets corny, but I think it’s a great propaganda piece.

YCW: How are women portrayed in “In the Name of the People?”

JC: Not very well, and very superficially. This has been a criticism of the show, and it has been very heavily criticized since becoming the most-watched show in the history of Chinese television.

YCW: What are the best and most challenging parts of covering and working in China?

EC: The challenging part is probably the lack of access and general opacity of why the government does certain things. I guess that’s also what makes it intriguing. You can guess what already happened, but not what will happen. It’s such a unique place in the world too because no country has ever been this big and risen so fast, and it’s interesting to see how the people and the government grapple with it.

JC: I didn’t know I was going to stay in China when I came here. I think what first got me hooked was reading about China on the Internet, and realizing how crazy it is that people can study this place forever without understanding it. I studied China in grad school, but a graduate degree in China really just clarifies how little you know. I remember talking to professors who have studied the Chinese government their whole lives, who were very open about the difficulty of getting concrete facts about a country that doesn’t release certain data or share certain information. Often there’s no way to know what’s going on until there’s an outcome.

It was only five years ago or so that there was a realization that China wouldn’t be democratized, because scholars in America were working under that assumption. But it’s been proven that this authoritarian system is sustainable. I think our role as Westerners involved in China is just to try to understand it and talk to people about it.

EC: And we should be clarifying the realities of China that people abroad might not be getting from the news. A journalist recently said the Western media writes stories about China that fall into one of three categories: “China is big, China is scary, and China is wacky.”

Featured Young China Watchers – Elaine Chow and Jessica Colwell: Hosts, “In the Name of the Podcast”