YCW LN: From the G2 to the L2: The Collapse of a Planned US-China Condominium

The US-China relationship is often regarded as one of the most significant bilateral relationships in the world.

Some optimists hoped that the US and China would become strategic partners and provide joint leadership to address many of the world’s major challenges. Instead, the US and China have become strategic rivals. In so doing, they are becoming increasingly isolated from each other, their national capitals are becoming more distant from those of other countries, and the two countries are losing their friends and partners. The Group of Two is becoming the Lonely Two.

Scott’s talk explains the dynamics that have left the US and China as lonely powers sitting astride an increasingly fragmented world, the consequences for such an outcome, and signs that a different path could emerge.

YCW are delighted to host Scott in conversation on this important topic, at an especially important juncture. 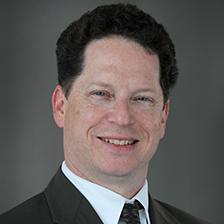 Scott Kennedy is Senior Adviser at the Freeman Chair in China Studies and Director of the Project on Chinese Business and Political Economy at the Center for Strategic and International Studies (CSIS). A leading authority on Chinese economic policy, specific areas of focus include industrial policy, technology innovation, business lobbying, US-China commercial relations, and global governance. He is the author of China’s Risky Drive into New-Energy Vehicles (CSIS, November 2018), The Fat Tech Dragon: Benchmarking China’s Innovation Drive (CSIS, August 2017), and The Business of Lobbying in China (Harvard University Press, 2005). He has edited three books, and his articles have appeared in a wide array of policy, popular, and academic venues. He is currently writing a book, tentatively titled, The Power of Innovation: The Strategic Importance of China’s High-Tech Drive. From 2000 to 2014 Kennedy was a professor at Indiana University (IU); while there he created the Research Center for Chinese Politics and Business and was the founding academic director of IU’s China Office. Kennedy received his Ph.D. in political science from George Washington University and his M.A. in China Studies from Johns Hopkins-SAIS.

The event will be held in the Reading Room.

London – From the G2 to the L2: The Collapse of a Planned US-China Condominium (Tue, 18 Jun)