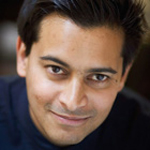 Professor Rana Mitter is the Professor of the History and Politics of Modern China, a Fellow of St Cross College and the Director of the Oxford China Centre. The Oxford China Centre is an interdisciplinary centre bringing together Europe’s largest concentration of China specialists. Its objective is to ensure that the commitment of the University of Oxford to the study of China is continually developed and expanded as the rising power of China sets new challenges and requires new areas of research. Professor Mitter’s research focuses on the political and cultural history of 20th century China. His interests include the Republican period, the Cold War and Sino-Japanese Relations and his latest book looked at China’s War with Japan, 1937-1945. In addition to his work at Oxford, Professor Mitter makes regular television and radio appearances worldwide, speaking on a broad range of topics and he is a presenter on Radio 3’s arts and ideas magazine Night Waves.

Professor Mitter addressed what China’s rising power means for the Asia and the world. Whether through military might, economic incentive or political persuasion, China is intent on securing greater influence over Asia. To this end, China has created an entirely new discourse of engagement with its neighbors. The question is whether we should welcome or worry about this new style of Chinese engagement.

Hong Kong – ‘After the Parade – China’s Past and Its Future Global Ambitions’ with Rana Mitter, Director of the University China Centre at the University of Oxford and Professor of the History and Politics of Modern China