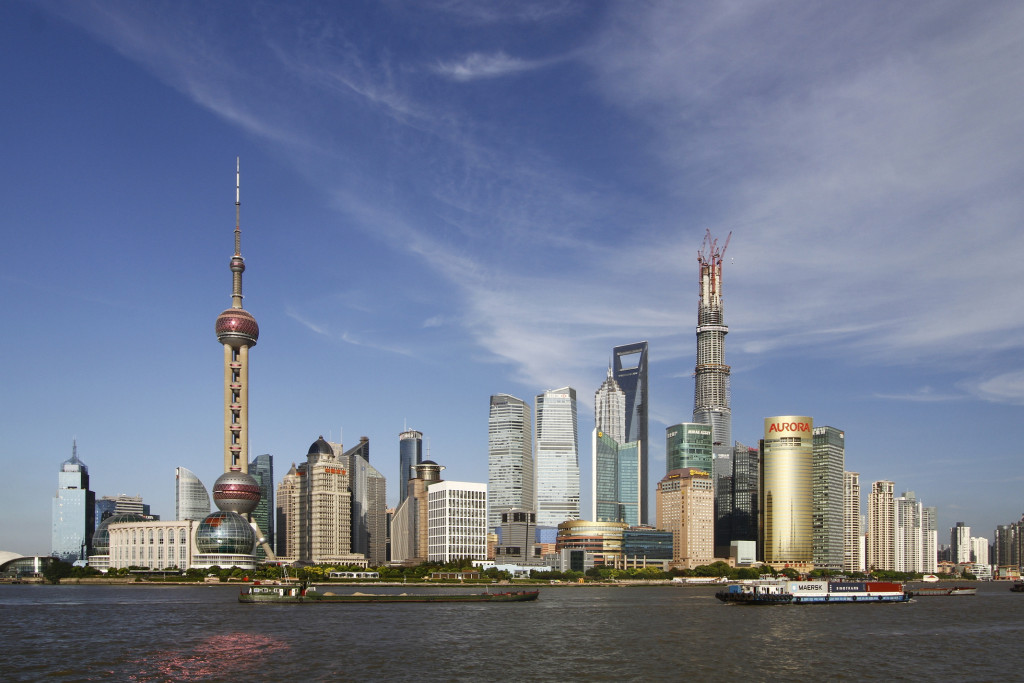 For three decades now many of the world’s most insightful observers have predicted imminent demise to China’s system. But these same three decades have also seen China confound expectations. China’s economy turned in double-digit growth rates. China lifted 600mn people out of poverty. While 35 years ago China’s per capita income was only US$300 (just 2 percent that of US per capita GDP) and 800 million Chinese lived in extreme poverty, today China boasts more US dollar billionaires than any other country.

But is its much-expected collapse finally at hand? The first week of 2016 sent alarming signals. One respected financial analyst in London voiced what many others thought, “So far China in 2016 appears to be everyone’s worst nightmare come true.”

The reasoning that predicts China’s collapse has two bases.

First is the long-standing view that China’s system differs from that that has worked everywhere else. China couples to free-market capitalism a degree of political control many observers consider incompatible with sustained growth. The mix might have worked, so the reasoning goes, for the last however many decades but as a matter of logic the system cannot continue.

Observers advance this hypothesis on a sliding scale, beginning at one extreme with the view that liberal democracy is the only solution to the fundamental problems of human history, through to how “authoritarian capitalism” (a description typically applied to Singapore’s system) might succeed for a time, but cannot endure.

Every gyration in China’s economy is then evidence on the contradictions of capitalist China.  On asset markets in particular these writers contrast Chinese leaders’ proclivity for control with how these markets need to be self-regulating and free.

Notwithstanding all the obvious benefits to people of individual freedoms, whether entire nations perform better when their citizens have untrammelled free choice is a proposition with neither mathematical proof nor definitive empirical support. No generalisation exists of the Fundamental Theorem of Welfare Economics that might allow convincing pronouncement on the optimality of free political outcomes. Winston Churchill quipped democracy is the worst form of government, except for all others that have been tried. But HL Mencken noted “Democracy is a pathetic belief in the collective wisdom of individual ignorance.” As a matter of analytical logic, it is Mencken’s that convinces.

What of empirical evidence? In the world at large, economies obtain social outcomes through different combinations of states and markets. Singapore’s mix of political intervention and free markets brought it from poor British colony with no natural resources to first-world per capita GDP. In the West, no advanced economy practices the extreme market fundamentalism that allows financial markets to be only self-regulating and free.  Or if any had done so before, exactly zero did so after the 2008 Global Financial Crisis.

Political freedoms matter ultimately for economic success. This is hypothesis, not fact. China’s own pathway to development differs from that elsewhere. But, in this writer’s view, it is more prejudice than science that dismisses, on that basis, China’s economy as doomed to fail.

China’s slowing economy and its most recent crises

The second basis for predicting imminent collapse, for many observers, is China’s cycle of economic and financial crises.  Just the most recent of these came the first week of 2016.

After the financial market volatility last summer, China’s regulators had announced circuit-breakers to be installed in the new year. When the market shifts more than 5 percent, trading halts for 15 minutes; more than 7 percent suspends trading for the day. Awkward for China’s regulators was that on the first day of operation their circuit-breakers had shut down the market by 1pm. Then, only three days later, on Thursday 7 January the market was again forced to close, this time just 29 minutes after the morning opening.

Two other developments fuelled unease. In December 2015 China’s foreign exchange reserves fell a record US$108bn, ending a year that saw their first ever annual decline. Reserves were down 17 percent since their June 2014 peak to US$3.33tr: China was burning through foreign exchange reserves to defend its currency. Even so, the RMB fell 6 percent against the US dollar over 2015, showing markets’ lack of confidence in China’s economic future.

The other large concern on observers’ minds was China’s slowing real economy. A long way now from showing double-digit growth, China’s GDP was widely expected to turn in perhaps only 6.9 percent expansion over 2015. While this growth rate would be the envy of any other large economy, it would also be China’s lowest for 25 years.

Many observers have quickly drawn from these signals deeper questions. Given China’s assured economic policy-making since 1990, why this sequence of missteps? Is Xi Jinping’s consolidation of political power drawing focus away from economics? Has China returned to a Maoist era, with ideology back in control? How well-designed are China’s policy mechanisms for its now-modern economy, no longer agricultural and enjoying smooth, easy urbanisation? Are China’s policy-makers credible and competent, now the economy needs to transform in a hurry, from low value-added manufacturing to higher-tech, knowledge-intensive activity?

For these observers all indicators point in one direction. China’s downturn will be significant. The only question is how hard the landing will be.

Is this analysis correct? Sure, no large mature economy grows faster than 3 percent a year for any significant duration. So too will China at some point.

But is that time now?

Perhaps not. First, consider the significance to the real economy of China’s slowing growth rate. Recall that in 2005 China’s GDP amounted to US$2.3tn. At a 12 percent growth rate then, China generated an increase in real economic value of US$274bn.  In 2015, however, China’s GDP came to US$11.3tn. A 7 percent growth in this economy increases value by US$790bn, i.e. almost three times that a decade ago during China’s halcyon days of economic growth. Seven percent is no meltdown. And if productivity were to grow as in 2013, 7 percent growth in today’s China will generate 53mn new jobs.

At the end of 2015, China’s nonmanufacturing PMI stood at 54.4, a 16-month high. Perhaps the low manufacturing PMI correctly signals a dramatic slowdown. Or it might simply show China navigating its structural transition.

But numbers form only part of the story here. The world flip-flops constantly in what it asks of China’s exchange rate policy. On the one hand, observers worry how China spent half a trillion dollars of reserves supporting the RMB. On the other hand, if China hadn’t done so but instead permitted the RMB to fall, outcries of competitive devaluation would have deafened.

Last August China followed IMF advice and allowed each morning’s exchange rate fix to hew to the previous evening’s close, i.e. to be more market-oriented. Global markets promptly panicked and charged China with depreciating its currency to bolster manufacturing exports.  It’s damned if you do and damned if you don’t.

Finally, take China’s stock markets. Equity markets, in theory, reflect the best forecast of the future profits stream in business enterprises. This results from the agglomerated action of many, many investors trading on new information they are expertly interpreting. So, in theory, when equities decline, bad times beckon.

But China’s stock markets? These are thin, with most of the relatively few participants only retail investors. One astute observer noted last week, “China’s stock market is easy to understand. It’s a casino. There are winners. There are losers. Luck is in charge. It’s never had anything to do with the real economy.”  Yet another writer, following last summer’s stock market gyrations, observed, “China’s market is […] detached from fundamentals. It neither contributed much to economic growth while it was rising, nor threatened the economy when it collapsed.”  (Indeed, even for advanced economies, Paul Samuelson famously quipped in 1962 that Wall Street was so good at prediction, it had been able to forecast nine out the last five US recessions.)

China’s government has learnt from advanced economies that business should raise more financing from equity markets, and that those markets can offer attractive options to consumers otherwise bereft of high-yielding savings opportunities. But China’s financial markets remain woefully under-developed.  Do their vagaries reflect this lack of maturity—observed across most of Asia’s developing economies—or inept policy-making? Likely both, but not primarily the latter.

What about China’s circuit-breaker system? Its function is to give pause to excessive movement in markets driven by panic selling or faddish enthusiasm. That seems sensible but any such system carries at least two design faults. First, it prevents immediate recovery, and second, it incentivises panic selling once the market is visibly headed down. Were China’s circuit breakers fundamentally ill-judged?

China’s system did not appear out of nowhere. Following China’s stock market gyrations last summer, a system was proposed in September, after which policy-makers sought and accepted input from market participants for its final design. A similar system had been put in place in the US after Oct 1987. As no circuit-breaker can come without those two faults previously described, it cannot be the logic of the design that accounts for the difference between a successful US system and a failed Chinese one. Instead the explanation must lie only in the parameters chosen. The US system has thresholds that, relative to US stock markets, would have kicked in only three times since the 1930s. China’s circuit-breaker parameters? Given China’s markets, its circuit-breakers, had they then been in place, would have tripped 20 times between June and August last year.

China’s circuit-breaker errors were not anything deep in logic or politics, merely in numerical parameters.

I have described how recent events in China’s economic trajectory have set off alarm bells for many observers. I have also described how these same incidents, set against a slightly more textured background, are actually nuanced in their implications.

China is not imminently in meltdown.

None of this is to say China’s economy will continue growing at double digit rates forever. Nor does it argue China’s policy-makers have consistently done the right things. But neither are those policy-makers obviously guilty of incompetence or excessive interventionism.

Steep challenges lie ahead. China’s pile of debt is a tricky mix of privatised, local governmental, and national obligations, and there remains considerable uncertainty how this debt hangover will work out.  China’s industrial restructuring, its anti-corruption campaign, its transition past the Lewis Turning Point and out of the middle-income trap, and its environmental and demographic challenges all remain daunting. These challenges are substantive and long term, and China’s policy-makers will have to deal with them in a properly measured and considered way.

But China’s exchange rate and stock market gyrations? They have likely already attracted far too much attention relative to substance.

Danny Quah is Director of the Saw Swee Hock Southeast Asia Centre at the London School of Economics and Political Science (LSE). Quah is also Professor of Economics and International Development at LSE and and Tan Chin Tuan Visiting Professor at the National University of Singapore. Quah has served previously as Council Member on Malaysia’s National Economic Advisory Council and as Consultant for the Bank of England, the World Bank, and the Monetary Authority of Singapore.

This piece is reproduced with the permission of Asia House, where it originally appeared.

Is China’s Collapse Finally at Hand?