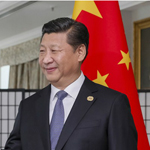 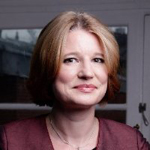 Miranda Carr is Haitong’s Senior Analyst and Head of China Thematic Research. Miranda has over 10 years’ experience in equity research with an expertise in the interpretation of Chinese longer-term Government plans and shorter-term themes. Miranda’s research focuses on China’s impact on the world economy and global investment markets. Prior to joining Haitong, Miranda has worked at other financial institutions such as North Square Blue Oak, Teather & Greenwood, Panmure Gordon and Garnier & Co. 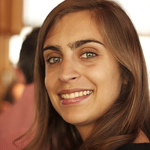 Agatha Kratz is a Policy Fellow within the European Council on Foreign Relation’s (ECFR) Asia & China Program, working on China’s economic policies, outward investments and reform process. She is also a PhD candidate at King’s College London’s Lau China Institute, working on China’s SOE Reforms. Further, Agatha is the Editor-in-Chief of China Analysis, ECFR’s quarterly publication on China’s current affairs. Before joining the ECFR, she was a Research Fellow at Asia Center in Paris.

A few years ago as the west focused on rebuilding in the wake of the global financial crisis, China began exploring and working on a new vision for growth at home and abroad. First advanced by Chinese President Xi Jinping in 2013 in a speech in Astana, the Belt and Road Initiative is expected to foster economic development along the land-based Silk Road Economic Belt and through the seas along the 21st Century Maritime Silk Road. This larger vision has now spread in numerous different directions, with trade and economic corridors emanating out from China going through Central Asia, South Asia, Southeast Asia and touching almost every continent ultimately reconnecting European and Chinese markets more directly. In some ways, China’s quest to push its growth model outwards is unsurprising – the ‘Belt and Road’ initiative offers a way of displacing domestic excess capacity, while also helping China’s infrastructure poor periphery to develop and grow with positive domestic repercussions. But much around the initiative remains unclear, and there is still some opacity around how China intends to advance this global strategy in practice.

Will China’s leadership be able to revive the once glorious ancient trade route and deliver economic prospects to regions touched upon and beyond? How does China plan to finance such a vast initiative? What is the wider impact on international security?