Uncovering the truth in China is a difficult job. Reporters, foreign and domestic, have a difficult time in uncovering what is going on and then writing about it. Vincent Ni and Malcolm Moore have both covered China from various angles, both inside and outside the country and have first-hand experience of this difficulty. In this session, they discussed their experiences, interesting stories and how they covered politics, business, corruption and foreign policy in China. 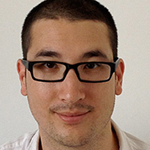 Malcolm Moore is an award-winning journalist, currently serving as the leisure industries correspondent for the Financial Times. Previously he was the Telegraph’s China correspondent for 6 years based in Beijing and Shanghai, before becoming Deputy Head of World News at the Telegraph. He has covered a wide range of news while in China. Malcolm will share his views on some of the most difficult challenges facing foreign journalists in China today. 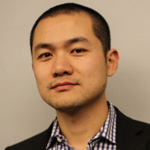 Vincent Ni is a journalist working for the BBC World Service in London. He has reported from Ukraine in 2014 and from Egypt during the 2011 Arab Spring. A former China Fellow at Columbia University, his investigative work was awarded runner-up prize from the Foreign Press Association of London in 2011. He is also a Fellow at the Royal Society of Arts.

London – ‘Reporting in China: Politics, Investigation and Truth’ with Malcolm Moore of the Financial Times and Vincent Ni of the BBC