YCW LN: The Shanghai Free Taxi: Journeys with the Hustlers and Rebels of the New China

Frank Langfitt decided to offer a free taxi service in Shanghai, offering rides in exchange for stories and an insight into the everyday lives of individuals in new China. YCW is delighted to host Frank to discuss the adventures of his passengers, who recounted their lives while Frank navigated the many twists and turns on the tarmac of the Pearl of the Orient.

The below is the description of Frank’s book:

“As any traveler knows, some of the best and most honest conversations take place during car rides. So, when a long-time NPR correspondent wanted to learn more about the real China, he started driving a cab, and discovered a country amid seismic political and economic change.

China, America’s most important competitor, is at a turning point. With economic growth slowing, Chinese people face inequality and uncertainty as their leaders tighten control at home and project power abroad. The world’s two most powerful countries are now embroiled in a trade war and a dispute over the threat of spying by Huawei, a telecom giant many Chinese are proud of.

In this adventurous, original book, NPR correspondent Frank Langfitt describes how he created a free taxi service – offering rides in exchange for illuminating conversation – to go beyond the headlines and get to know a wide range of colorful, compelling characters representative of the new China. They include folks like “Beer,” a slippery salesman who tries to sell Langfitt a used car; Rocky, a farm boy turned Shanghai lawyer; and Chen, who runs an underground Christian church and moves his family to America in search of a better, freer life.

Blending unforgettable characters, evocative travel writing, and insightful political analysis, ‘The Shanghai Free Taxi’ is a sharply observed and surprising book that will help readers make sense of the world’s other superpower at this extraordinary moment.”

YCW are delighted to host Frank in conversation. 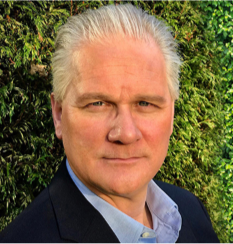 Frank Langfitt has covered China for more than a decade. Before taking over as the NPR London correspondent in 2016, he spent five years as the company’s reporter based in Shanghai. From 1997 to 2002, Langfitt was the Baltimore Sun’s bureau chief in Beijing. Langfitt’s print and visual journalism have also been honored by the Overseas Press Association and the White House News Photographers Association. He is a graduate of Princeton and was a Nieman Fellow at Harvard. Langfitt lives outside of London with his wife, Julie, and their two children.

The event will be held in the Writing Room.

London – The Shanghai Free Taxi: Journeys with the Hustlers and Rebels of the New China (Thu, 27 Jun)