UK-China trade has returned to the news agenda following rising import/export figures and a recent drive on the UK side to reconvene ministerial-level trade talks.

Following a four-year hiatus over Hong Kong tensions, discussions are now underway to reinstate the Joint Economic and Trade Committee dialogue (JETCo) and Economic and Financial Dialogue. Bilateral trade continues to rise at a faster rate than to other markets post-Brexit, and China remains the UK’s biggest trade partner after the EU and US.

However, UK scepticism over trade with China is also growing, rooted in reservations over human rights, competition and strategic dependence. The current uncertainty over the UK Government’s future leadership and the Chinese position also make for an unclear path for the relationship.

Our expert panel will look to make sense of this mixed picture for the UK’s promised trade dialogues with China, as we ask:

• What is JETCo and what might both sides expect to get out it?
• Can a constructive trade relationship be forged as political tensions persist?
• What can we expect to see in UK-China trade for the next few years?

NB: i) Chatham House rules apply. ii) Photo ID is a requirement for entry. iii) Admission is on a first-come-first-served basis for those with tickets. Not everyone who books uses their ticket, so, to ensure a full house, we offer more tickets than there are places and venue staff reserve the right to refuse entry to those who arrive after 18:20.

—
Hosted in collaboration with and with thanks to the Lau China Institute at King’s College London. 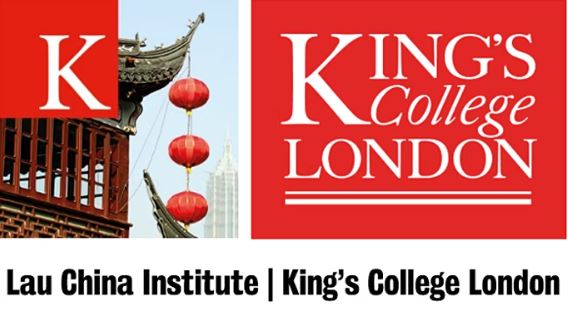 From 2020-2021, Richard was HM Trade Commissioner (HMTC) for Europe at the UK’s Department for International Trade (DIT), responsible for supporting the UK’s exports to Europe, growing market access and encouraging inward investment.

From 2017 to 2020 he was HMTC for China and Hong Kong, based at the British Embassy in Beijing. He refocused DIT China’s strategy on market access, with significant progress made during PM Theresa May’s visit in January 2018 and the UK/China Joint Economic & Trade Council attended by the then Secretary of State, Liam Fox. He oversaw several international expos, and served as Chargé d’Affaires in October 2019.

Richard’s previous roles include Global Policy and Public Affairs Director at Diageo, co-founder of China public affairs firm Batey-Burn and Private Secretary to former Prime Minister Sir Ted Heath. He graduated from the University of Oxford with a First in Ancient History and Greek and Latin Literature.

Ben Digby leads advocacy on global trade issues at HSBC Holdings Plc. Prior to joining HSBC in 2020, Ben spent 12 years at the Confederation of British Industry (CBI), the UK’s national business organisation, leading their government relations and advocacy programme on global trade and managing the organisation’s international office network in China, India and the United States.

Ben is a former member of the Group Board of the UK-India Business Council (UKIBC) and B20 Trade & Investment Taskforce working group of the 2020 Saudi Arabian B20 Presidency. He is Vice Chair of Kidney Research UK, the UK’s leading national charity funding medical research in to kidney disease, and alumni of INSEAD Business School, the London School of Economics and Political Science (LSE), and University of Durham, UK.

David Henig is Director of the UK Trade Policy Project at the think-tank European Centre for International Political Economy (ECIPE) writing extensively on the trade implications of Brexit and what comes next for UK trade policy. For ECIPE he has also written a series of short papers on globalisation and modern trade, and writes about broader trade issues such as sustainable trade, the future of the WTO, and EU trade agreements, in a weekly column for specialist trade news service Borderlex. David serves as Expert Adviser to the UK Trade and Business Commission and House of Lords International Agreements Committee.

Prior to joining ECIPE in March 2018 he worked for the UK Government including on Transatlantic Trade Investment Partnership (TTIP) talks between US and EU, in establishing the Department for International Trade after the referendum, and on issues around inward investments from China. A graduate of Oxford University, David started his career in consultancy.

Anna Isaac is Economics Editor at the Independent, covering issues from trade to tax and investment. Prior to this she was Trade and Economics Correspondent at political specialist newspaper Politico, following her position as a a Reporter at the Wall Street Journal.