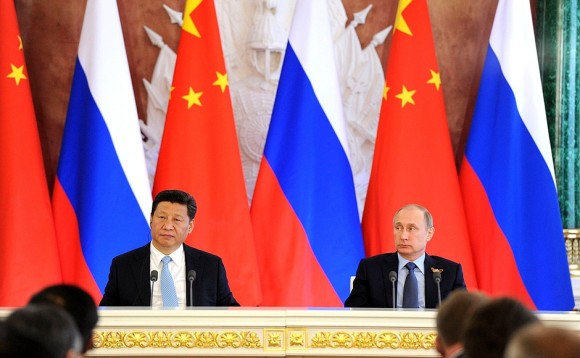 Off to a good start?

For decades, Central Asia has been Russia’s declared sphere of interests, and the Eurasian Economic Union (EEU) its main strategic initiative in the region. The EEU  was established in early 2015 after several rounds of negotiations on the Eurasian Economic Community and the Customs Union between Russia, Belarus, and Kazakhstan. It took almost 20 years to create this organization, due to difference of opinion between the future member states regarding the union’s depth and terms of integration. At the moment, the EEU unites Russia, Kazakhstan, Kyrgyzstan, Armenia, and Belarus to promote economic integration andfree trade development. As opposed to China’s Silk Road Economic Belt (SREB) project, the EEU is an institutionalized organization with an established legal framework and supranational governing body—the Eurasian Economic Commission.

As for China, it began penetrating Central Asia in the early 1990s, even before the announcement of the SREB. Chinese state-owned enterprises (SOEs) launched several substantial investment projects in the region (mainly in the energy sector), including the construction of pipelines from Kazakhstan and Turkmenistan to China. Beijing is becoming main economic actor in the region: In 2014, it replaced Russia as  the top trade partner for Central Asian countries, with a trade volume approaching $50 billion.  (At the moment, China owns about 25 percent of the Kazakh energy sector and is the main buyer of Turkmenistan’s natural gas.

China’s increasing engagement in Central Asia, alongside the announcement of the SREB, has made Moscow nervous. Beijing’s vague initiative announced by President Xi Jinping in 2013 in Astana, Kazakhstan’s capital, led some to consider that China is stepping into Russia’s “backyard” to compete for influence in Central Asia. It took some time for the Kremlin to weigh out the pros and cons and issue an official reaction. Finally, at the 2015 Boao Forum, Russia’s  First Deputy Prime Minister Igor Shuvalov announced that Moscow welcomes the SREB and is willing to cooperate as an EEU member state. A joint statement on linking the SREB with the EEU was signed during Xi’s visit to Moscow in May 2015. This was a major geopolitical victory for the Kremlin, highlighting a close friendship with China during the Ukrainian crisis. Moreover, the agreement promised large Chinese investment and loans which were badly needed by Moscow after the third round of Western sanctions.

Bumps on the Silk Road

However, the only outcome of the Moscow agreement so far is a statement on the start of negotiations on partnership free trade area between the EEU and China, announced during President Vladimir Putin’s recent visit to Beijing.

The major obstacle to cooperation between the two projects in Central Asia is the lack of common perspective between the EEU member states. First, Moscow is not used to working in multilateral formats in Asia (for example, Putin tends to skip the East Asia Summit, unlike his counterparts from the U.S., Australia and elsewhere). Second, Moscow tends to see the other EEU member states as passive junior partners: The statement on the connection of the two projects was signed by Russia on behalf of the whole union. China perceives a deep disunity in the organization and actively promotes bilateral cooperation with the EEU member states as well as the rest of Central Asia. Kazakhstan is the most impressive example, with a new “Nurly Zhol” economic program intended to become a part of SREB, as well as 129 economic agreements signed between Kazakhstan and China in 2015 alone, with a total value of $65 billion.

At the same time, there is a strong Sinophobic wave in the republics of Central Asia, manifested in fears that the Chinese are taking over local business and agriculture. Faced with these circumstances, the EEU could step up to be a security provider to the Central Asian republics. Moscow should take the initiative in creating a strong multilateral position on engaging any foreign partner, including China. 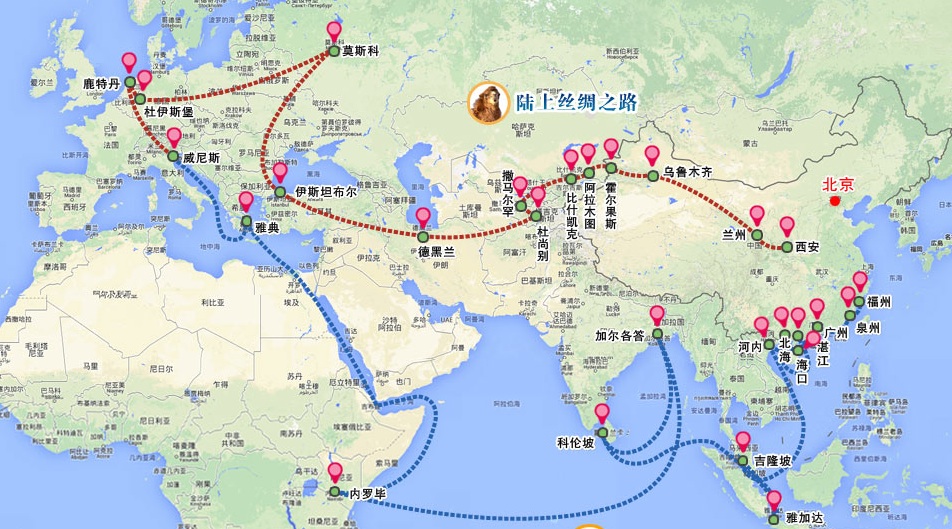 Another important issue affecting cooperation between the EEU and SREB is misunderstanding between Moscow and Beijing on the terms of this process. Moscow wants China to recognize EEU legislation, including trade and tariff policies, before starting the discussion. Chinese investors hope to begin business negotiations right away and want to see flexibility of the EEU when it comes to adjusting legislation to the needs of a specific project. Moscow needs to understand that under the circumstances of China’s economic slowdown and an expanding anticorruption campaign, Chinese SOEs are taking a more serious approach to the risk assessment of any investment project.

So far there is not enough involvement of the business community on either side of the table. The recently established EEU Business Council has the crucial aim to create a road map of potential projects that will attract Chinese investors. Businessmen should be in charge of the project selection as they understand the process more accurately than officials do. Dialogue should also be promoted on the expert level as the lack of expertise on China has failed Moscow’s attempts to boost cooperation with its eastern neighbor more than once.

Is there a Great Game?

All EEU members, including Russia, are economically weaker than China. Therefore it is crucial for Moscow to make the cooperation between the EEU and SREB equally beneficial. For instance, Beijing can provide large investments in infrastructure and energy sector while the EEU can provide a sound framework. The Chinese recognize the ambitions of the Kremlin in Central Asia and so far emphasize only the economical side of the Silk Road project.

Moscow should reconsider its own position in the region and within the EEU. Central Asian republics are not passive actors anymore, vying for advantageous bargaining positions with China. Russia should understand that regardless the good friendship between Putin and Xi, Chinese investors will follow strict business logic when it comes to investment projects alongside the SREB.

It is important to recognize the growing role of China in Central Asia. Chinese investors have substantial leverage vis-à-vis the SREB, with the advantage of choice among different vectors. Therefore, it should be Moscow’s goal to take the initiative and attract Chinese investment to the EEU with appealing conditions and concrete business proposals.

Vita Spivak is program coordinator at Carnegie Moscow Center, in the Asia-Pacific program. Her research interests focus on contemporary China’s economy and foreign investment in the energy sector, the anti-corruption campaign in PRC, and the development of the One Belt, One Road (OBOR) initiative. She holds a bachelor’s in Chinese history from Moscow State University, and is currently a postgraduate student at the Gubkin Russian State University of Oil and Gas.