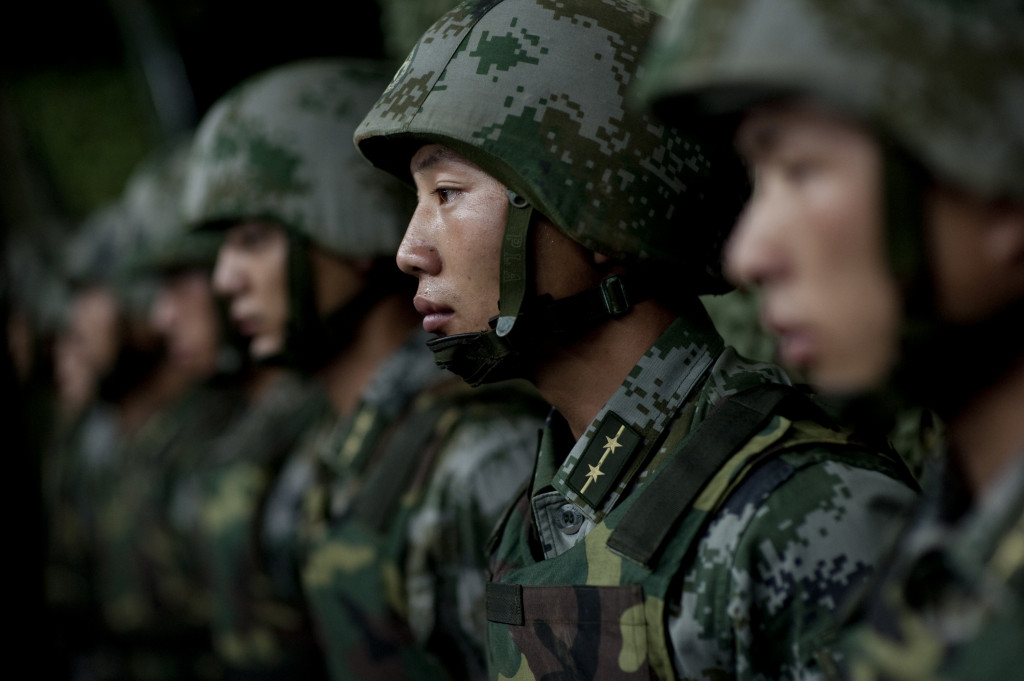 On the evening of 13 November 2015, a group of jihadi gunmen and suicide bombers carried out a wave of coordinated terrorist attacks in Paris. The Islamic State of Iraq and al-Sham (“Islamic State” or ISIS) claimed responsibility for the acts to strike Paris in two of its most popular arrondissements. After news from the French capital reached Beijing, President Xi Jinping extended condolences on China’s behalf and reaffirmed the country’s long-standing opposition to all forms of terrorism.

To Europe, the Paris attacks marked the beginning of a new phase in the phenomenology of ISIS, leading France to call for a prolonged border closure and retaliatory airstrikes against ISIS targets. To China, the attacks had important implications for counterterrorism efforts at home and abroad.

The terrorist acts in Paris gave Beijing the opportunity to focus on domestic security issues, renewing its commitment to the fight against internal terrorist threats generating political and social instability along China’s northwestern borders. Commentators in Beijing initially remained skeptical of Hollande’s adoption of defensive counterterrorism measures that called into question the sustainability of the Schengen area. As observed by Sun Xingjie, professor at Jilin University, “A united counter-terrorism front is yet to be formed, and that each state is still waging its own individual war constitutes the world’s greatest challenge”.

Yet, when it comes to the “three evil forces” of terrorism, separatism, and religious extremism, China consistently frames its strategy in terms of domestic security. Ever since an escalation of tensions after the 2011 separatist attacks in Hotan and Kashgar, China’s approach to counterterrorism has been a predominantly inward-looking effort of permanent crisis management, leading central authorities to focus on strengthening the domestic security apparatus rather than involving the People’s Liberation Army (PLA) in combating terrorism abroad.

On 16 November, Minister of Public Security Guo Shengkun called for the implementation of more effective arms control and emergency response mechanisms, requiring national intelligence services at every level to double their efforts against terrorism. A few days after this official statement, Chinese official media outlets announced the Ministry of Public Security’s enactment of stricter crackdowns on local separatists groups, which led to the killing of 28 terrorist suspects in Xinjiang’s Aksu prefecture after a two-month manhunt.

Beijing is thus likely to continue focusing its fight against domestic terrorism on the greater securitization of the Uyghur community and the implementation of more comprehensive anti-terror legal initiatives. Earlier this year, central authorities enacted a wide range of religious and cultural restrictions in Xinjiang to promote visions of ethnic unity and securitize Uyghur communities nationwide, while the February 2015 anti-terrorism law added new charges related to terrorism to China’s Criminal Law, including preparing terrorist attacks and inciting terrorism.

Non-intervention but not inaction

On the international counterterrorism front, what happened after Paris—the execution of the Chinese hostage Fan Jinghui and the hotel hostage situation in Mali—highlighted the increased vulnerability of Chinese nationals abroad, forcing central authorities to come to terms with the shortcomings of Beijing’s increasingly global presence.

Beijing may not enact a radical shift of its foreign policy positions against global terror; non-intervention abroad, however, does not necessarily mean inaction.

For the time being, Beijing may not enact a radical shift of its foreign policy positions against global terror; non-intervention abroad, however, does not necessarily mean inaction. China may begin engaging in an increasing number of peacekeeping operations abroad, boosting its global responsiveness to terrorism threats to ensure the safety of Chinese nationals.

With the execution of ISIS hostage Fan Jinghui, Beijing observers believed China would step away from its traditional foreign policy stance of non-intervention and non-interference, either siding with the U.S. or Russia in carrying out military operations against ISIS targets. Yet by vowing to “bring to justice” those responsible for the execution, the Foreign Ministry indicated Beijing’s choice to continue being on the sidelines of the fight against ISIS.

The wave of attacks perpetrated at the Radisson Blu hotel in Bamako, Mali, however, raised important questions about the future of China’s counterterrorism efforts abroad. The hostage situation in Bamako involved three Chinese casualties, all senior employees of the China Railway Construction Corporation, referred to as the first martyrs of China’s “One Belt, One Road” (OBOR) development strategy by one .

Rather than questioning the sustainability of OBOR, the attacks created a new conundrum for Chinese authorities, now faced with having to enhance the regional responsiveness of overseas peacekeeping contingents. In this context, a few PLA troops were stationed in Mali; however being too far and too few, these would have been unable to intervene to protect Chinese nationals in Bamako. Beijing may thus wish to implement more efficient response mechanisms in the Middle East and North Africa region. Chinese commentators have already called for the establishment of a model similar to that used in South Africa, which mainly relies on the intelligence-sharing efforts of Chinese private and public enterprises base in loco.

Another solution that would grant China an advantaged position against terrorist actors abroad is the opening of China’s first military logistics base along the Gulf of Aden in Djibouti. The establishment of this facility in the next few years would enable China to live up to the ambitions of becoming a global maritime power, at the same time ensuring the greater responsiveness of China’s peacekeeping contingents in the region.

Until the execution of Fan Jinghui, and the hostage situation in Mali, Beijing did not believe ISIS constituted a threats to its citizens, continuing to focus on the domestic dimension of an otherwise global, far-reaching war against terror. These events and the Paris attacks, however, raised important questions about China’s involvement in counterterrorist operations worldwide.

China may still remain on the sidelines of the global fight against ISIS; nevertheless, by framing its counterterrorism efforts in terms of human security while emphasizing the importance of peacekeeping operations and intelligence-sharing initiatives for the protection of Chinese nationals abroad, Beijing can demonstrate how its stance of non-interventionism should not be confused with inaction, detachment, or disengagement from issues of global relevance.

Carlotta Clivio is a Double MSc candidate in International Affairs at Peking University and the London School of Economics, and a researcher for ThinkIN China, Beijing. Follow her on Twitter here: @carlottaclivio.