Vinod (Vinnie) Aggarwal is Travers Family Senior Faculty Fellow and Professor in the Department of Political Science, Affiliated Professor at the Haas School of Business, and Director of the Berkeley APEC Study Center at the University of California, Berkeley. Vinnie has held fellowships from the Brookings Institution, Rockefeller Foundation, Council on Foreign Relations, Woodrow Wilson International Center for Scholars, and has held a Japan Foundation Abe Fellowship. Dr. Aggarwal is a lifetime member of the Council on Foreign Relations. He consults regularly with multinational corporations, governments, and international organizations on globalization and trade issues. The author or editor of 21 books, he has also published over 100 articles and book chapters on the politics of trade and finance. His latest book is Responding to the Rise of China. He received his B.A. from the University of Michigan and his M.A. and Ph.D. from Stanford University. He speaks five languages. 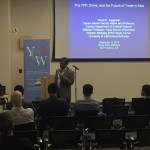 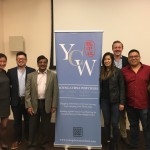 San Francisco – TPP, China and the Future of Trade in Asia with Vinod Aggarwal [Wednesday, September 14]