May 30, 2015 marked our inaugural YCW China Business Panel event in Shanghai. The series aims to engage with expertise in the business community.

The playing field for foreign companies is changing in China. Inbound and outbound investments are shifting and the country faces slowing economic growth. Experienced China hands Jonathan Woetzel and Jeffrey Towson applied their combined thirty-plus years’ experience in Chinese to explain the new nature of competition in China. They analyzed how competitive advantages and the role of the state have factored into the success or failure of companies in China, and what we can expect in the future from foreign investment. They recently released their second book together, The One Hour China Consumer Book (2015) which delves deeply into the rise of the Chinese consumer through five stories that document the fight for Chinese consumers. 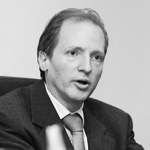 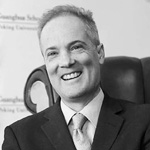 Jonathan Woetzel is Senior Partner in McKinsey’s Shanghai office and Asia Director of the McKinsey Global Institute. In addition to his work advising domestic Chinese and multinational businesses on their strategic issues, he also co-leads the Urban China Initiative (UCI), a think tank devoted to transforming China’s urban future, and is a lecturer at the Beijing University’s Guanghua School of Management, the China-Europe International Business School (CEIBS), and an honorary lecturer at Jiaotong University’s Antai Business School. He is co-author (with Jeffrey Towson) of The One Hour China Book: Five Short Stories That Explain the Brutal Fight for One Billion Consumers (2015), and The One Hour China Book: Two Peking University Professors Explain All of China Business in Six Short Stories (2014). In addition, he is co-author of Operation China: From Strategy to Execution (2007) and the author of Capitalist China: Strategies for a Revolutionized Economy (2003). Dr. Jonathan Woetzel holds a PhD in Political Science from the University of Southern California.

Jeffrey Towson is Professor of Investment at Peking University’s Guanghua School of Management, a private equity investor and a best-selling author. He has a 15+ year career doing investing and advising across markets in the US, China and the Middle East, in which he has developed over $25B in real estate, hotels, banking/financial services, insurance, healthcare, consumer products, retail, technology, petrochemicals and energy/infrastructure. He is currently Managing Partner of Towson Capital and previously he has worked for Prince Alwaleed as Head of Direct Investments for Middle East, North Africa and Asia Pacific. He is co-author (with Jonathan Woetzel) of The One Hour China Book: Five Short Stories That Explain the Brutal Fight for One Billion Consumers (2015), and The One Hour China Book: Two Peking University Professors Explain All of China Business in Six Short Stories (2014), and author of What Would Ben Graham Do Now?: A New Value Investing Playbook for a Global Age (2011). Professor Jeffrey Towson holds a MBA from Columbia Business School.