This event will be held on November 16, 2015. Contact YCW Shanghai at shanghai@youngchinawatchers.com to receive the invitation and subscribe to YCW Shanghai to be the first to hear about upcoming events. 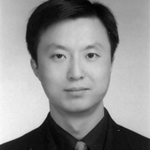 Xin Qiang is Professor and Deputy Director at the Center for American Studies at Fudan University. His research focuses on China-U.S. relations, maritime security studies, U.S. politics, and Taiwan. He is the author of several books (in Chinese) on U.S.-Taiwan-Mainland China relations and the translator of several books, including Kenneth Waltz’sTheory of International Politics and, Robert Keohane’s After Hegemony. Professor Xin has been a visiting scholar at American University, when he also served on the congressional staff of US Congressman Jim McDermott. Professor Xin earned his PhD at Fudan University’s School of International Relations and Public Affairs and has received numerous honors from the Shanghai government and Fudan University for his academic excellence and leadership.

In the past few years, the U.S. and China have witnessed ever-increasing maritime tension in East Asia because of traditional and competing geopolitical interests. The Diaoyu/Senkaku Island disputes in the East China Sea and the Nansha/Spratly Islands disputes in the South China Sea have triggered China’s strategic suspicions about the intentions of the United States in the context of its strategic rebalancing towards the Asia-Pacific. China’s more assertive behavior on the seas have also deepened U.S. concerns about China trying to challenge the regional security order. Moreover, the upcoming Taiwan presidential campaign might bring more serious threats and damage to the problematic relationship. The two powers must cooperate to handle these disputes and manage any potential crisies that could greatly damage regional peace and stability.

Co-sponsored with the Hopkins China Forum.

Shanghai – ‘From Competition to Confrontation? Maritime Disputes and the China-U.S. Geopolitical Game in East Asia’ with Xin Qiang, Deputy Director for the Institute of American Studies, Fudan University