The Belt and Road Initiative (BRI) is a key component of China’s political and economic strategy in Eurasia. China’s growing influence across its western and southern borders is one of the most important geopolitical trends today. With the development of its western domestic regions, Beijing has been drawn into building trade and economic corridors in nearby Central and South Asian countries. Yet, a number of these states are home to security risks that could destabilise the investment climate and thus challenge the success of the Silk Road Economic Belt (SREB) and its associated projects.

YCW Shanghai welcomes Raffaello Pantucci, Director of International Security Studies at the Royal United Services Institute (RUSI) in London. The talk will be followed by an audience Q&A and the discussion will continue over drinks. 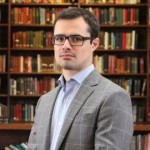 Raffaello Pantucci is  Director of International Security Studies at the Royal United Services Institute (RUSI) in London, and an Associate Fellow at the International Centre for the Study of Radicalisation at King’s College London.  Pantucci’s research focuses on counter-terrorism as well as China’s relations with its Western neighbours. He lived for over three years in Shanghai where he was a visiting scholar at the Shanghai Academy of Social Sciences (SASS). Priorly, he worked at the International Institute for Strategic Studies (IISS) in London, and the Center for Strategic and International Studies (CSIS) in Washington, D.C. He has also held positions at the European Council of Foreign Relations (ECFR). He is currently completing a writing project looking at Chinese interests in Central Asia.  His journalistic writing has appeared in the New York Times, Financial Times, Wall Street Journal, Sunday Times, CNN, Guardian, Foreign Policy, South China Morning Post among others, and his journal articles have appeared in Survival, The National Interest, Studies in Conflict and Terrorism, Terrorism and Political Violence, RUSI Journal, and more. For more information on Raffaello’s work please visit: http://www.raffaellopantucci.com and for his work on China and Central Asia: http://www.chinaincentralasia.com
Shanghai – Securing the New Silk Road with Raffaello Pantucci, Director of International Security Studies, RUSI [April 26, 2018]

Tagged on: belt and road    Shanghai