James Farrer is Professor of Sociology and Global Studies at Sophia University in Tokyo. His past work has used qualitative sociological research to investigate changing gender roles and sexual relations in East Asia, including youth sexuality and dating culture, extramarital sexuality, cross-border relationships, online dating, internet sexual politics, sexual storytelling, gay identities, and other aspects of sexual culture in China and Japan. More recent projects have focused on urban culture in Shanghai and Tokyo, including restaurant culture, nightlife culture, and expatriate community formation. Farrer is the author of Opening Up: Youth Sex Culture and Market Reform in Shanghai (2002) and is the co-author of the forthcoming Shanghai Nightscapes: A Nocturnal Biography of a Global City (2015). Farrer holds a PhD in Sociology from University of Chicago. 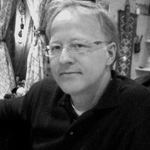 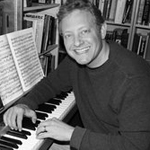 Andrew David Field is Associate Dean at the Shanghai Campus of Hult International Business School, as well as scholar of Chinese literature and culture. In addition to his recent book, Mu Shiying: China’s Lost Modernist (2014), he is also author of Shanghai’s Dancing World: Cabaret Culture and Urban Politics, 1919-1954 (2010) and is the co-author of the forthcoming Shanghai Nightscapes: A Nocturnal Biography of a Global City (2015). Field has taught East Asian History at the University of Puget Sound, and served as Lecturer in Chinese History at the University of South Wales. Prior to starting as Associate Dean at Hult, he was the Director of Boston University in Shanghai. In addition to his recently completed books, he has also collaborated on the filming of Down: Indie Rock in the PRC. Field holds a PhD in East Asian Languages and Civilizations from Columbia University.

In a talk on their new book, Shanghai Nightscapes, sociologist James Farrer and historian Andrew Field examined the cosmopolitan nightlife culture that first arose in Shanghai in the 1920s and has been experiencing a revival since the 1980s. Drawing on over twenty years of fieldwork and hundreds of interviews, the authors spotlighted a largely hidden world of nightime pleasures – the dancing, drinking, and socializing going on in dance clubs and bars that have flourished in Shanghai over the last century. They began by examining the history of the jazz-age dance scenes that arose in the ballrooms and nightclubs of Shanghai’s foreign settlements. During its heyday in the 1930s, Shanghai was known worldwide for its jazz cabarets that fused Chinese and Western cultures. Moving forward, the 1990s saw a proliferation of a drinking, music, and sexual culture collectively constructed to create new contact zones between the local and tourist populations. Today’s Shanghai night scenes are simultaneously spaces of inequality and friction, where men and women from many different walks of life compete for status and attention, and spaces of sociability, in which intercultural communities are formed. The talk highlighted the continuities in the city’s nightlife across a turbulent century, as well as the importance of the multicultural agents of nightlife in shaping cosmopolitan urban culture in China’s greatest global city.