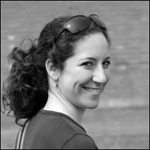 Susan Jakes is an award-winning journalist who has covered contemporary China for the past decade. Jakes joined the Asia Society in 2010 as an Arthur Ross Fellow and in founding editor of ChinaFile, an English-language online magazine which publishes both original and syndicated writing, photography and film content on China. Jakes also helps organize and host the magazine’s public events series, ChinaFile Presents, and is active in the Center on U.S.-China Relations’ other projects in public diplomacy. She is a frequent commentator on China for U.S. print and broadcast media. Jakes is fluent in Mandarin and holds a B.A. and M.A. from Yale in history. Prior to joining the Asia Society, from 2007-2010 Jakes was a Ph.D student in modern Chinese history at Yale University. Her doctoral studies, which she suspended to join ChinaFile, focused on China’s environmental history and the global history of ecology. Before commencing her graduate program, Jakes spent 7 years as a writer for TIME magazine based in Hong Kong and Beijing, covering a wide range of topics for Time’s international and domestic editions. Jakes was awarded the Society of Publishers in Asia’s Young Journalist of the Year Award for her coverage of Chinese youth culture. In 2003, she broke the story of the Chinese government’s cover-up of the SARS epidemic in Beijing, for which she received a Henry Luce Public Service Award.

As 2015 draws to a close, it’s an opportune time to reflect on the standout events in China over the course of the last year. From the signing of the Asian Infrastructure Investment Bank to President Xi Jinping’s historic dialogue with Taiwan, China has taken a growing role in world affairs. On the domestic front, the end of the country’s One Child Policy and a strong anti-corruption program point towards a growing sense of individual freedom and respect for the rule of law. Now with the release of China’s 13th Five-Year Plan, what’s next for the world’s most populous nation and second largest economy?

Singapore – ‘China: The Highlights of 2015’ with Susan Jakes, Founding Editor of ChinaFile and Senior Fellow of the Asia Society’s Center on U.S.-China Relations