China’s BRI Projects and Its Implications for the Global Economy by Mr. Yaseen Anwar

This talk will discuss the deeper implications of China’s BRI Projects on the Global Economy, with an overview on the ongoing BRI projects in Southeast Asia and South Asia, the maritime component of China’s One Belt, One Road Initiative. 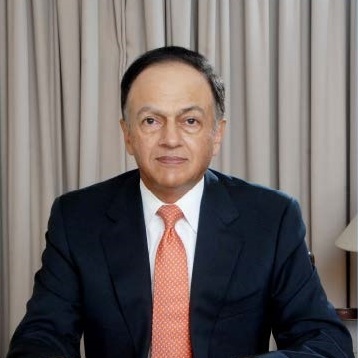 Mr. Yaseen Anwar’s international banking and regulatory experience spans 40 years and in 2014, he retired as the Governor of the State Bank of Pakistan (Central Bank) where he spent seven years. At the Central Bank he negotiated and signed the country’s first Currency Swap Agreements with China and Turkey and in 2012 became only the 7th Central Bank to sign an Agency Agreement with the People’s Bank of China to invest in local Government Bonds. As Governor, he had oversight of over 40 banks, impacted Monetary Policy, and elevated the Branch-less Banking model/ strategy for Financial Inclusion, the success of which was recognized globally.

As Governor, he also served on the Bank for International Settlement (BIS) Financial Stability Board (FSB) for Asia. Aside from his current responsibilities with ICBC and IMI, he has been an active Keynote speaker and Panelist at global Forums promoting the internationalization of the RMB in the SDR basket of Reserve Currencies and the One Belt One Road initiative.

Prior to the Central Bank, he worked in New York, London, Paris, and Egypt with JPMorganChase, Bank of America, and Merrill Lynch in various senior capacities.

While currently serving on the Advisory Boards of the prestigious International Monetary Institute (IMI) of Renmin University, Beijing and the Official Monetary and Financial Institutions Forum (OMFIF) in the U.K., his various past Board appointments include Chairman of Eco Trade Development Bank, Turkey, the American Turkish Society New York, American Middle East Association, U.S. Pakistan Economic Council, United National Bank Ltd. U.K., and member of the Council of Foreign Relations.

He is a graduate of the Wharton School at the University of Pennsylvania.