Come join YCW on the evening of 23 April for a talk with Drew Thompson, Visiting Senior Research Fellow at the Lee Kuan Yew School of Public Policy. Drew will be focusing his talk on the United States’ security engagement objectives with China and Taiwan. We look forward to having you with us in this insightful discussion. 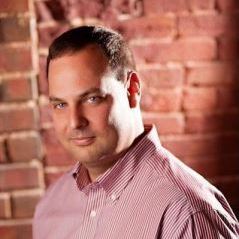 Drew Thompson is a Visiting Senior Research Fellow at the Lee Kuan Yew School of Public Policy at the National University of Singapore. He is also a part-time Senior Research Scientist at the CNA Corporation.Mr. Thompson worked for the U.S. government from 2011-2018. He was previously the Director of China Studies and Starr Senior Fellow at the Center for the National Interest in Washington, D.C. Mr. Thompson studied Chinese language at Beijing University in 1990, and was a graduate student in 1992 at the Johns Hopkins University-Nanjing University Center for Chinese and American Studies in Nanjing, China. He graduated cum laude with a B.A. in Asian Studies from Hobart College in 1992, and was elected to Phi Beta Kappa. In 2004, Mr. Thompson received an M.A. in Government, with a concentration in Homeland Security, from Johns Hopkins University. Mr. Thompson has authored articles on Sino-U.S. relations, international security and public health in Foreign Policy, China Security, The China Business Review, The International Herald Tribune, The Financial Times, China: An International Journal, The South China Morning Post and is a regular contributor to China Brief. Mr. Thompson has conducted live television interviews for CNN, C-SPAN, Fox News, Bloomberg, the BBC, Voice of America and CNBC Asia. In addition, he has conducted interviews on National Public Radio, including appearances on the Diane Rehm show.

This event is made possible by our venue sponsor Hogan Lovells Lee & Lee.