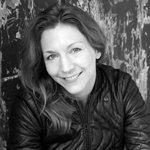 Angela Köckritz is an author and reporter with the German weekly Die Zeit. Currently based in Berlin and Hamburg, she covers international politics. Until the end of 2014, she was the newspaper’s Beijing correspondent. Prior to her post as correspondent, Angela worked as an international reporter and news editor at Die Zeit headquarters in Hamburg, covering East and South East Asia and Latin America. In 2015 she published her book “Cloud Walking – Stories of life in China”.

Angela Köckritz spoke for YCW Berlin in September 2015 and April 2016.

Young China Watchers (YCW): You lived and worked in China for four years as a correspondent for the German weekly Die Zeit. How did you experience the broader Chinese media and reporting environment during this time?

Angela Köckritz (AK): In the four years I was in China, I witnessed huge changes in reporting, media (especially social media), and the Internet. A couple of months after I arrived in 2011, the Wenzhou train accident happened. This was really one of the high tides of the Weibo blogosphere. As always with disasters, there was very heavy censorship of the accident. But self-declared Weibo journalists went to the sites and reported themselves. Suddenly you had two different kinds of news spheres: an official one and an unofficial one. For the first time, the unofficial one affected the official one in that conventional newspapers declined to write the story according to propaganda authorities. All of a sudden people started monitoring government officials—for example, posting photos of cadres sporting luxury watches, which they could  never have afforded under a regular salary. This drastically changed when Xi Jinping’s administration came into power. They cleaned up the blogosphere and reduced this free space.

When my assistant Zhang Miao was arrested in October 2014, this didn’t really change my view of China, in the sense that we hadn’t seen this sort of thing before; this wasn’t the first time that something like that had happened. What really made a difference was knowing that a dear friend and colleague was in prison:the feeling of suddenly being confronted with authorities that could do whatever they wanted, and standing in front of a prison gate knowing that there is no law on which you can actually rely.

I don’t see China in a different way now—I still love the country. But in a country where there isn’t robust rule of law, this insecurity and vulnerability doesn’t only affect people who are doing very daring things or who are very political, but in fact could affect anyone. Anyone could be unlucky.

YCW: In your writing you often explore the lesser-known sides of China, and many of your stories have a personal touch. You’ve written about your neighborhood in Beijing, the hutong around the Drum Tower, and how you lost your phone in a Beijing taxi. How do you decide on what stories to tell the German public about China?

AK: That is always a difficult question for anyone who writes. I guess, if I find something moving or funny or interesting, I want to write about it. It s a way of exploring it, looking at it from different angles, playing with it, or trying to understand it.

I tried to write about as many topics as possible, because I wanted to give a multifaceted image of China. It’s such a rich and colorful country and society, and many people at home had a rather uniform picture of it. I wanted people to see the individuals in their contradictions, to be able to empathize with them, because I had the feeling that some people at home used to see them as a rather indistinct mass, just like a group of tourists in identical hats.

About the personal touch: As you know, sometimes everyday life in China can be so funny or bizarre. You just stumble over stories on the way to the grocery store or, well, when your phone is stolen in a Beijing taxi. And then I like to observe things over a longer period of time. Often as a journalist you are limited to seeing a person only a couple of times. As a result, you might not get a very deep impression and you aren’t able to develop a meaningful relationship. But if you have known someone for a couple of years as your neighbor, you get to know sides of him you wouldn’t have if you had only shared a few conversations with him.

YCW: In your book, “Cloud Walking – Stories of Life in China,” you write about the wishes, dreams and passions of numerous Chinese people. What motivated you to research and write a book about these very personal stories?

AK: It all started then I was researching a story about hermits. We walked one or two weeks in the mountains looking for them; we didn’t know if we would find them, or if they would be willing to talk to us. They are hermits, after all. We were lucky and encountered quite a number of hermits. I found the lives of these people extraordinary and was amazed how many people—Chinese citizens with real jobs and often stressful lives—would go to see these hermits. Many people go to them because they have questions. This really started to interest me. People are in the process of soul-searching, trying to find out what they stand for and how they see their own culture. And this is more difficult in China than in a lot of other countries after all that happened: the socialist path; the Cultural Revolution; and the breathtaking pace of modernization. Because change happens so quickly, psychological awareness grows quickly. I found this whole process very intriguing and interesting. I wanted to learn more about it. 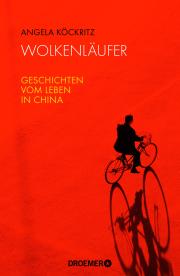 YCW: How do the dreams of those in your book align with the concept of the China Dream (中国梦) promoted by Xi Jinping?

AK: When I started to write the book, Xi Jinping was not yet General Secretary of the Party, so there was no talk about the China dream. When I got the book contract we talked a lot about the China dream and the publisher actually wanted to have China dream in the title. I had quite a hard time convincing them that this would not be a very good time for a book with “China dream” in the title, after the propaganda campaign had started. It would have seemed to come right out of the propaganda department.

I think it is really interesting that Xi chose this concept, but nearly all the people I spoke to—those that don’t work for the Party or the propaganda department—would say that they don’t really know what the “China dream” is. They are completely at a loss. Most people told me it’s just another slogan, one of many that are constantly being developed by the Chinese government. Just wait two years and the next one will roll over it, they said.

So I didn’t get the impression that the “China dream” catchphrase really influences people. In my book I was concerned more with the individual wishes, dreams, and needs. The book is also about this whole process of individualization and finding one’s spot in a society that is moving very rapidly.

YCW: In 2015 you won the MERICS China media award for excellent and differentiated reporting on China for your piece “The Ghost Marriage.” What kind of reporting from or about China would you like to see in the future? What stories remain to be told?

AK: China is still moving so fast and is such an amazing place, so I am sure I will always read good stories from my correspondent colleagues, stories that surprise me or show me a different angle. China is so paradoxical and complex. Politically, you have a one-party system, but it is still fairly capitalist. You have this Wertebruch (a disassociation from a set of values under changing circumstances) of a very old culture—the Cultural Revolution and those who cling to socialism—but then also capitalist reformers and capitalist values. A lot of young Chinese don’t really know who they are or what their culture stands for because the values of the past and the present contrast in such obvious ways. This makes China very complex and hard to understand. This is perhaps also unique: I am not aware of any other country in which new values developed to be so extremely different from those of the past in such a short time. A lot of people gave up their traditional values in the ’50s and ’60s and bought into socialist values, only to be told a couple of years later that now capitalist values rule. In this way, Chinese culture is very contradictory. And for a writer, it’s a dream. There are just so many stories to write! You never wake up and think: “Oh, gosh, is there any story I could write?” You just have to decide upon which you will not write.

Speaker Interview – Angela Köckritz: Reporting In and From China