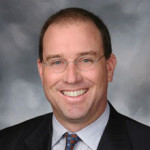 Craig A. Hart is Associate Professor at the School of Environment and Natural Resources, Renmin University of China, and Lecturer at Johns Hopkins University’s Energy Policy and Climate program. His research concerns carbon management, energy policy, and renewable energy technology, with a focus on China and developing countries in Asia. Dr. Hart is also an attorney practicing in the fields of energy law, carbon management, and capital markets. He previously acted as legal counsel to the Asian Development Bank’s Future Carbon Fund, and served as Climate Law Fellow at the Center for International Environmental Law in Washington, DC.

Young China Watchers (YCW): You have worked on climate and energy policy projects across many jurisdictions. How are the approach and viewpoint of Chinese government agencies distinct from those of other countries?

Craig Hart (CH): One area where there is a clear difference is in international negotiations. Other developing countries actively participate in international negotiations over climate issues and other matters. They want a seat at the table, but they are commonly constrained by resources and don’t expect to control the agenda. They typically act via coalitions. China, on the other hand, wants to be a leader—it wants to be seen as equal to peers like the U.S. and the EU. At the same time, China also negotiates with the G77. Other countries like Thailand and Vietnam have seized on low-carbon growth as a way to grow the economy. China’s environmental plans look beyond the immediate economic benefit; there’s a component of foreign policy that isn’t present in other countries. For example, the majority of clean development mechanism (CDM) work has been done in China.

Two things have affected how China’s government views its role. First, China is now recognized as the world’s number one emitter of carbon dioxide. China recognizes this fact as well. Second, the Paris Climate Change Conference changed how the Chinese government sees its role. Over the past five years, the government has become increasingly concerned with its profile in the world. Previously, environmental issues were non-issues to the government, left to the bowels of bureaucracy. Now, they are being taken up by the country’s top leadership, especially when engaging with developing countries.

YCW: In 2015 you co-wrote a report published by the China Carbon Forum on the new business landscape in China, wherein corruption is readily prosecuted and environmental concerns are increasingly in focus. How well have businesses, both Chinese and foreign, adjusted to the new paradigm in which economic growth may not be paramount?

CH: I believe that economic growth will continue to be the most important driver. I don’t think that will change. The economic slowdown started too recently to know how well companies are adjusting to the new conditions.

The Chinese government has taken steps to address immediate environmental concerns, particularly where there is a clear economic benefit. They have closed the least efficient facilities in areas where there is an oversupply of energy. For example, older, smaller coal power generation tends to be the dirtiest part of the energy sector. By shutting down the least efficient excess plants, the government is slowing down the increase in carbon dioxide levels. They still, however, have a long way to go to address the tougher challenges of cleaner air, water, and soil, as well as bringing down greenhouse gas emissions once the immediately available solutions are exhausted.

Additionally, China’s slowing economy brings about new challenges that make their job even more difficult. There are more incentives for companies to cut corners to reduce costs. There is also less money to invest in cleaner infrastructure.

YCW: You previously outlined the importance of clear regulatory and legal frameworks for carbon reduction schemes using carbon capture and storage (CCS) to be successful. What beneficial changes and obstacles have you seen in the Chinese regulatory and legal environment?

CH: If China, or any other coal-dependent country, is to reduce emissions to levels designed to prevent dangerous climate change, CCS must be part of the mix. For CCS, not much has been done legislatively. The Ministry of Environmental Protection has established general guidelines for CCS project risk assessment that require it to conduct full environmental risk assessments for these types of projects. Aside from these guidelines, little else has been done.

One step below regulations are standards. Regulations require extensive legislation and cross-ministry cooperation, taking more time and political will. In contrast, standards can be issued with less formality by single ministries, local government agencies, or even trade groups or enterprises. Though standards present other issues, they are easier to implement. I’m currently working on a project to better understand standards development for CCS in China. At this point, I believe China will pursue standards, not regulations, to push CCS forward.

YCW: Given your experience teaching in Washington, DC, and Beijing, have you seen any differences in how American and Chinese students approach energy policy issues?

CH: In the U.S., students tend to take four or five courses each semester. There is time to dive into longer research papers and I can ask my students to devote more energy to our class. It’s more difficult to go in-depth in China because most students take a dozen classes each semester. While there are some challenges associated with less class time, China is a fantastic place to be for studying energy issues. Some things are much easier to do in China than in the U.S. For example, I’ve taken my students at Renmin University to do field research and take part in conflict resolution. It’s not as easy to do those sorts of the things in the U.S. You can do a lot in China as long as you’re creative.

YCW: Energy policy and environmental management are high on the list of concerns for young China-watchers. What resources would you recommend to those interested in these fields?

CH: One very helpful resource is the Beijing Energy Network, which has an email list with job announcements. More generally speaking, for those looking to work in this field in China, you must first have a long-term plan. Due to the economic slowdown, there are fewer immediate opportunities. Some consulting companies have closed because competition has increased. While creating a long-term plan, develop a network and build relationships. Organizations like YCW can play an important part in finding the right people.

I don’t recommend that people show up to China without a plan. I’ve seen people do this, and some have had difficulty finding work this way. People seem to have more bargaining power if they are hired from abroad, though that’s not always possible. Once you have a long-term plan and the beginnings of a network and you’ve come to China, getting involved with social activities dedicated to your interests are a great way to deepen your network. Another way is to volunteer on projects, even if unpaid. I developed my first deep contacts in China volunteering my time to assist on a renewables project with Renmin University—years later that project enabled me to return to China with them. If you deliver as you promise, you will earn the trust of those you work with. Those relationships can be invaluable. Finally, be careful in selecting the organizations and people you work with, and be sure that arrangements are fair for you.