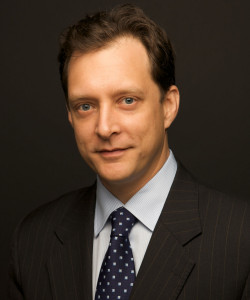 Daniel H. Rosen is a founding partner of the Rhodium Group (RHG) and leads the firm’s work on China. He is affiliated with a number of American think tanks focused on international economics, and is an Adjunct Associate Professor at Columbia University. From 2000-2001, Rosen was Senior Adviser for International Economic Policy at the White House National Economic Council and National Security Council. He is a member of the Council on Foreign Relations and board member of the National Committee on United States-China Relations. He is also a long-standing member of the Young China Watchers Board of Advisors.

Young China Watchers (YCW): Twelve years ago, you co-founded the Rhodium Group as a consultancy focused on U.S.-China investment. What prompted the company’s creation at that time?

Daniel H. Rosen (DR): At that point, I had worked on China professionally for more than a decade. Rhodium was created out of a previous company because the team was growing and our coverage was expanding beyond China and investment. Today Rhodium works on: portfolio and foreign direct investment flows into and out of China; China’s reform dynamics; U.S.-China and China-global relations; and a host of other China-oriented issues. We have an extraordinary team working on global energy, commodities, climate/environmental policy issues, as well as on Europe and India.

In the big picture, what prompted the firm’s creation was a pressing need for a new kind of integrated analysis dealing with disruptive factors like China, analysis that brings together both policy and market insights for a decision-making audience.

YCW: The inclusion of the Yuan in the International Monetary Fund’s Special Drawing Rights (SDR) basket is a milestone for RMB internationalization. But to many, this is a vague target. In your opinion, what are the specific goals the Chinese government wants to achieve through the internationalization process?

DR: Just as Deng Xiaoping’s domestic reform intentions were more vague than specific in 1978, so too are China’s financial globalization ambitions somewhat murky today. Officials at the central bank seem to intend RMB internationalization to lock in capital account liberalization, which in turn will force further improvement of domestic financial policies that are currently costly and inadequate. China’s political leadership may or may not fully understand the specific implications of such a policy course, and seems more motivated by the role of an international currency as an accoutrement of “great power” status than discreet financial goals. This external ambition was also a tool to advance domestic financial reforms: By couching reform as a necessity to satisfy external standards, officials strengthened their own agendas.

YCW: The RMB joining the SDR basket has exacerbated downward pressure on the currency. Exchange rate uncertainty is one of the factors keeping foreign investors away. How should the Chinese government shape its exchange rate policy to facilitate the internationalization process?

DR: China is at the point in its development where it has strong incentives to permit market forces to influence exchange rates. Permitting those forces means accepting downward pressures as well as upward pressures (demand for China exposure being driven principally by the degree of its domestic economic reforms). Investors have grown accustomed to RMB/USD stability over the past few years, but this is now counter-indicated. Once China clearly communicates its policy, investors will gauge their appetite for investing in the RMB as an international currency. Joining the SDR is not the cause of this pressure, just a symptom or coincidental factor.

YCW: Taking a broader view, what is the implication of the RMB’s rise to U.S.-China relations? How will this impact trade talks?

DR: Most profoundly, if the RMB does continue to rise in international importance, this means that economic and political reforms are proceeding at home in China, which would be the best eventuality from the perspective of American interests. If Beijing promotes RMB internationalization without adequate reform work at home, China will be exposed to severe financial risks—as will its external partners—and this will have a self-correcting impact on China’s external influence. Given the necessary linkage between internationalization and reform, one would expect a more liberal and constructive stance from Beijing in trade talks, with a salutary effect on progress in the medium term.

YCW: Does Beijing’s initiation of the Asian Infrastructure Investment Bank (AIIB) and the Cross-border International Payment System (CIPS) in October 2015 indicate that it is trying to build a monetary system anchored by the RMB? Are changes to the current international monetary system on the horizon?

DR: It is not clear that these initiatives are driven by a desire to build a global monetary system anchored by the RMB. These steps are just as consistent with a more limited goal of recycling foreign exchange holdings in a manner that feeds growth of demand to compensate for Chinese production overcapacity. The AIIB plans to use the USD as its accounting unit. And these programs are still in their infancy; CIPS only operates during Shanghai business hours at present—hardly the platform to undermine the current international payment system.

YCW: You have offered insight to help both private-sector clients and public policymakers make high-stakes decisions. What are the most common misconceptions about China you have encountered among these audiences?

DR: There are many, which is understandable given the tradition of obscuring intentions from foreigners that has informed China’s culture for millennia and is still imbedded in official strategy and institutions today. But I find two persistent mistakes especially notable. First, many observers assume that Chinese leaders are only concerned with maximizing power and control, or that this is the Communist Party’s sole concern. However, I believe many Chinese leaders are deeply concerned about their legacies and the nation’s sustainability beyond their tenure, and are committed to shifting to a sounder course regardless of personal considerations. Second, those who foresee a frightening extent of Chinese power in the future neglect to consider the dispersion of central control required to achieve it; and those who, conversely, see crumbling growth prospects underestimate the assets which can be utilized to stoke expansion—such as the privatization of tens of trillion of dollars of state assets, democratization of access to bank lending, and reliable enforcement of market-entry policies.