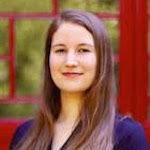 Danit Gal is a Yenching Scholar at Peking University and International Strategic Advisor to the iCenter at Tsinghua University in Beijing, China. She chairs the Outreach Committee of the Institute of Electrical and Electronics Engineers’ Global Initiative for Ethical Considerations in Intelligent and Autonomous Systems. Danit is also a consultant for companies and universities on the ethical, societal, and regulatory implications of artificial intelligence (AI) in China. Her current research explores the use of social partner robots in East Asia and the development of sustainable AI through improved design and inclusion.

Editor’s Note: This interview is based on a moderated discussion with Danit Gal on the AI race in China, hosted by YCW Shanghai on 2 November 2017. It has been edited for brevity and style.

Young China Watchers (YCW): Where are the big hubs and who are the companies most likely to win the artificial intelligence (AI) race in China in the next few years?

Danit Gal (DG): Shenzhen is a hardware paradise, but Hangzhou is giving it a run for its money. There are plans to make Shanghai a robot-enabled city, although that would take time because the government is still trying to attract talent and keep it here. Beijing is a strong software hub, mainly due to strong governmental support, but you can build an AI hub anywhere, as long as you have sufficient computing power and talent.

In terms of companies, the big three in China are Baidu, Alibaba, and Tencent. Baidu restructured itself to be an AI company, and it’s trying to develop a niche with autonomous vehicles and smart-home devices. Tencent has social media dominance and is investing in robotics. Alibaba has e-commerce and intelligent cloud services. So each company has its own niche, but they’re also investing in other smaller companies to stay competitive. There are also smaller established companies like Didi Chuxing, JD.com, and ByteDance that are quite aggressively pursuing the development and use of AI.

YCW: China’s Made in China 2025 plan is all about industries moving toward robotics and animation. Do you see a clash between the increasing investment in AI and employment trends in China?

DG: I do see clashes there. There are jobs that are just not worth automating. For example, since the salary of a street cleaner is lower than the cost of producing a robot, that job won’t be replaced by AI anytime soon. On the other hand, people who manage operations strategy are also not going to be immediately impacted by AI. It’s the mid-level jobs that will be automated and relatively soon.

Made in China 2025’s major proclamation is: “We are done being the factory of the world. We will now become the intelligent factory of the world.” Specifically in China, buying and producing smart robots to replace humans is important because it has both an aging population and rising living standards.

YCW: Let’s address the ethical and social frameworks in which AI is built. How would you define ethics in the context of AI in China?

DG: The ethical and social discourse around AI in China is just getting started. While China has a long and rich history of ethics and scientific philosophy, people aren’t yet ready to talk about ethics in relation to AI. They say that it’s too soon to look at regulation that could hurt innovation, until China is a leader in AI. That said, the recent government policy on AI is looking to initiate discussion of these issues by 2020. It’s not too far, but far enough for unwanted implications to emerge. A frequent comment I hear from engineers is, “That’s such high-level thinking—let’s leave it to the philosophers to figure out.”

Much like in the West, Chinese companies are not requiring or recommending that machine-learning scientists receive ethics training. But in China specifically, companies are just citing research done in the West, which means that the technology developed with Western ethical principles in mind is not going to be a good match for Chinese society. For example, if you type “successful CEO” into Google Images, the most recent results are of white, middle-aged men. Recruitment algorithms using this data will not reflect any reality, and certainly not China’s.

YCW: When it comes to the autonomous vehicles industry, what approach are Baidu and other companies taking to cross the finish line first?

DG: Unfortunately, I think it will be prone to being “quick and dirty”, i.e. do it first to get a competitive market advantage and regulate later. Humans are very good at driving because we know how to read cues, and we have the ability to think intuitively. We know that if a ball rolls into the road, a kid is probably going to follow. The only way machines can learn social cues is if they accumulate enough data. But since many companies won’t share data with each other, even potentially life-saving data, the learning curve for autonomous vehicles will be slower than it has to be, which will come at our expense.

YCW: Is China’s huge amount of data its unassailable competitive advantage? How important is China in the global AI development race?

DG: It’s an amazing advantage inside China. But outside China, it changes. Not everything that applies to China will apply to Singapore, Hong Kong, Africa, or Russia. The big competitive advantage for China in AI is its strength in commercial application and strategic planning. It’s building a lot of infrastructure in South Africa and Brazil, for example. It will also likely play a role in developing AI in Russia, further expanding its reach. These are prime markets for advanced, tried-and-tested Chinese AI.

The landscape is suggesting that China will become a very prominent AI player  because the technology is good and because China has such significant global influence. For example, Alibaba and Tencent are carving out Southeast Asia by investing in startups, setting up data centers, and expending their operations and services there. I predict that we’re going to see a really serious shift, not just in AI, but also in the geopolitical landscape through technology. China certainly wants to broadcast its power through science and technology, since at the end of the day that’s what helps countries develop faster and hopefully better.