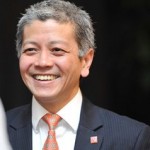 Young China Watchers (YCW): The recent economic slowdown in China has been felt in a number of Southeast Asian (SEA) countries. Could we see SEA economies shift away from China in favor of stronger internal linkages within ASEAN?

Danny Quah (DQ): If ASEAN is to turn away from China, where will it turn? One possibility is that it may turn inward to itself—and there certainly is a prospect that it could become a lively and thriving economic community. Some people like to say that ASEAN is already trading 25 percent of its overall trade within ASEAN itself—but 25 percent is tiny for a group of developing countries that seeks to build an economic community with no trade barriers. ASEAN is a very divided community: Its insistence on an ASEAN way for consensus-building; its inability to recognize the deep disparities within ASEAN; and its inability to come to terms with social structures that take reasonable care of its people in social protection schemes.

Is China’s economic growth such a basket-case right now? China today is an economy that is 5-6 times larger than it was 10 years ago. If it were to grow at only 6 percent, China would still be generating three times the absolute size in new markets as it was 10 years ago, and the economic opportunities available in China today are three times the size. Certainly, 6 or 7 percent is still some distance away from double-digit growth. But it would have been unreasonable to expect an $11 trillion or $12 trillion economy to be growing at double-digit rates forever.

ASEAN simply needs to get serious at taking a cold, hard look at economic prospects around the world. No-one in the ASEAN Community should be fooled into thinking that the only thing they needed to grow was to simply hitch their wagon to China.

YCW: Some critics have argued that the recent devaluation of the renminbi did more damage than good for ASEAN. Could we see future devaluations from China, and if so, continued knock-on effect of competitive devaluations across SEA?

DQ: What happened with the renminbi last August seemed like a competitive devaluation: China’s stock markets were in meltdown, growth was slowing down, and its restructuring was eating into its growth trajectory. In one interpretation, the RMB declined sharply because China was doing what the IMF told it it should be doing: make RMB exchange settlements more market-oriented. When it occurred, Beijing got its traders together and looked into what it should settle the RMB. That settlement brought the value of the RMB down, which was consistent with the narrative that China’s policymakers were panicking.

The alternative narrative, which I find much more credible, is that China was making its RMB settlements more market-oriented in a way that the IMF had suggested it should be doing. China’s RMB was high relative to what it was 20 years ago: 20 percent higher to the U.S. dollar, 25 percent relative to the euro. Overall in 2015, China’s value against the U.S. did seem to decline 6 percent. But relative to a basket of currencies that China was using to benchmark its RMB, it remained completely flat. Was there a devaluation? I think not.

YCW: The proposed Regional Comprehensive Economic Partnership (RCEP) and the Free Trade Area of the Asia-Pacific (FTAAP) have been viewed by some as rival trade agreements to the U.S.-led Trans Pacific Partnership (TPP). How might these trade deals alter ASEAN’s strategic engagement with China vis-à-vis the U.S.?

DQ: The U.S.-driven TPP is probably uppermost on many people’s minds. What are its implications for ASEAN? Right now, four members of ASEAN are a part of TPP-to-be but some of the large economies (Indonesia, Thailand, and the Philippines) are not. Obviously, China and India are not in it. So it’s a very peculiar mix. The rules don’t help the situation: The insistence within the TPP architecture for labour protection, intellectual property rights, and environmental standards will seriously disadvantage the position of many developing countries.

If I were a developing country, faced with the positive probability of this interpretation of TPP, I would look around for other possible trade agreements. The RCEP and other regional trade agreements might be more attractive. But whatever trade architecture Beijing seeks to build, it is natural for it to sneak clauses into the agreement clauses that will benefit China. How should a developing country look at this alphabet soup of different trade architectures? It should weigh them case-by-case.

YCW: Beijing’s ambitious infrastructure plans to build land, sea, and air routes in SEA as part of its One Belt, One Road (OBOR) project has faced its share of challenges. What needs to be done to alleviate concerns in ASEAN over excessive Chinese demands and unfavorable financing conditions?

DQ: On the one hand, I think OBOR is a very simple story: Asia needs infrastructure and the world needs more reliable transportation links. Transportation and infrastructure are public goods that no-one is incentivized to build; if someone wants to nudge them forward, more power to them. China likes to tell the story of the thousand-year-old Silk Road that was instrumental in promoting trade in a very underdeveloped period of world history. Well, that’s a nice story—but is it actually relevant today?

The U.S. is a single integrated market economy because of, among other things, the federal highway system. You can put your car on the road in California and you don’t have to stop until you get to Boston, Massachusetts. This draws all kinds of benefits: People can move from one part of the country to another easily; goods can be brought from across the country, driving down prices; and there are greater possibilities for trade. The force that put the interstate highway system together was President Eisenhower. When he announced it, nobody liked it: California did not want competition from Massachusetts, and vice versa. But President Eisenhower was driven by a vision of a connected economy. It’s an example of transportation and infrastructure being a public good, and everybody free-riding along the way.

Is that allegory how we want to approach OBOR? I think there are important parts: a vision for this construction, which is a global public good that would help drive business and commerce, improve productivity around the world, and help the world communicate, transport goods, trade much more easily. This is a good thing. It’s not to say that there won’t be significant problems along the way. OBOR will be a long-term project and it will have to deal with significant problems. Laos, Cambodia, and Vietnam will be the first ports of call for goods leaving mainland China. These remain poor countries with deficient infrastructure, requiring a single collaborative effort for this transportation architecture to materialize. But the world needs more transportation links: It is very expensive to move physical goods, and we can’t simply rely on sea routes.

YCW: You’ve argued that China’s collapse is not imminent but that challenges lie ahead. Are there any cautionary tales that SEA’s emerging economies should pay attention to?

DQ: There are two cautionary tales. The first is that there is only so far that you can push without realizing that you need to advance on all fronts. You cannot just develop the east coast or a manufacturing sector. You need to rebalance the economy. The longer the delay for allowing development to proceed on all different fronts, the more painful the adjustment. All developing economies face this challenge. In China’s case, the manufacturing sector on the east coast evolved into a certain kind of assembly work. This allowed it to absorb scores of millions in new jobs. But what do you do when you realize the economy will be unbalanced? You have to sequence things in time. You get the successes that you can, but you allow for a gradual trickle-down effect for your economy.

A trickle-down effect often attracts criticism because it’s seen as something very bad. All that it is is recognizing the reality that you can’t have everything happen at once. China is doing that: in its consumers; in the Western underdeveloped parts; in the service sector; and in the parts of the economy that are not concentrated on the eastern coasts of Shenzhen and Guangzhou. The lesson for developing countries is to chase the successes—but keep in mind that an adjustment needs to occur. The longer you wait, the more painful the adjustment.

YCW: Given your experience lecturing at some of the best-regarded universities in Asia and the West, could you offer any advice to the many young people in the YCW network who wish to pursue China-focused studies? Are there any issue areas that need more specialists?

DQ: There’s no perfect place to do this work. One needs to do it in an interdisciplinary way. You need to know the economic and political theory, models, and institutional details. Some parts of what we build in Asia and regional study programs have a little too much institutional detail and don’t build enough theory. On the other hand, somebody with a straightforward academic discipline probably does way too much theory. Many places in the West approach the East by falling back to their comparative advantage; their programs end up being light on the detail and favoring theory or general concepts, nonetheless calling them the study of China. I think that’s not ideal, but neither is simply studying minutiae of China or Asia. We need some better combination.