Deborah Brautigam is Professor of Comparative Politics and Director of the International Development Program and the China Africa Research Initiative at Johns Hopkins University’s School of Advanced International Studies. She is a leading scholar on China in Africa and the author of numerous publications, including The Dragon’s Gift: The Real Story of China in Africa (Oxford University Press, 2010). We spoke to her on the phone about the myths of Chinese development abroad, the thrills of academic blogging, and why it’s so important to get this story right.

Young China Watchers (YCW): Many of us are just starting to pay attention to China’s role in Africa, but you’ve been studying China-Africa relations for over thirty years. How did you get started in this field?

Deborah Brautigam (DB): Well, I was a China Hand, and I’d been studying the language, and I was interested in development. At that point it wasn’t that easy to do PhD research in China. They had a huge number of restrictions, as you can imagine. It wasn’t that long after the transition. I was really interested in rural development and I was also interested in foreign aid, but as I was trying to decide what topic to do for my PhD and thinking about going to China, somebody who had the same fellowship I had was expelled from China as a spy because she was asking about agricultural production statistics. This was regarded as a very sensitive area, and so people thought she was spying, and she was thrown out of the country. And I thought, oh gosh, if I go to China to do research on rural development I can’t ask about production! That could really limit the kind of research you could do.

So I thought, well let’s look at what the Chinese are doing in agriculture in Africa, because I knew that they had projects there. No one really knew what they were doing, so there you go! That’s what I did. I went to Africa. I didn’t know anything about Africa!

YCW: And now you’re the expert! But as interest is growing, so is misunderstanding. Your next book aims to debunk some of the widespread myths about Chinese agricultural investment. Prime among them is the fear of  “land grabs” in Africa to grow food for export back to China, which you argue the data do not support. Why do you think this misperception is so pervasive? What is the reality of the situation?

DB: It fits with our perception that Africa is an area with vast amounts of land and not much commercial agriculture, which is pretty true, and then China is very densely populated, so the match seems to be good for this kind of investment.

It also fits with our framing of China in Africa more generally, which is that the only reason they’re there is to grab Africa’s resources and send them back to China, whether it’s oil or minerals, or other commodities even though the reality is when they are investing in oil and minerals they’re largely selling them on international markets.

In fact, in The Dragon’s Gift I also thought that Chinese companies were acquiring large amounts of land. Of course that book was published at the end of 2009, so there wasn’t much evidence yet on what was happening, but since then I’ve done tons of research on this, and I’m just not seeing it. That’s not to say that it won’t happen in the future, but I don’t see a policy framework set up to support all this. I don’t see the Chinese government leading a move in this regard. What I see is Chinese companies that are kind of haphazardly going out there, and they’re looking to invest, and they’re running into all sorts of problems, and very few of them are actually doing it. 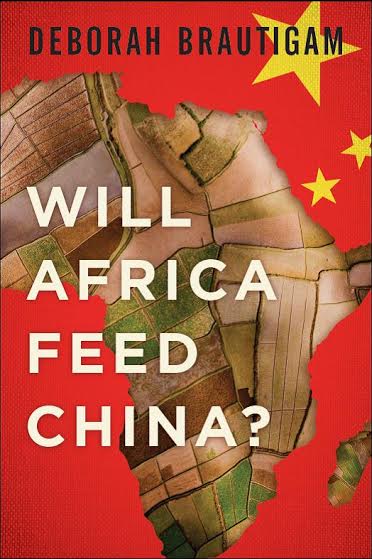 YCW: What kinds of problems are Chinese companies looking to invest in agribusiness facing in Africa?

DB: There are two major problems. One is that when Chinese companies have made the decision to invest, and even when the local governments agree, they often have trouble getting it through the country’s approval process—parliament, etc. It’s just not that easy to get land.

The second problem that they’re having is just getting finance. There are several different funding mechanisms, but so far a lot of Chinese companies haven’t found it easy to get that money. I do think that’s changing. There’s been a lot of discussion in China about how they really need to facilitate this, because the African governments are really interested in getting that agribusiness.

I also found that it’s important to put Chinese interest in perspective. From Norway to Switzerland to the United States, entrepreneurs and businesses in all of these countries are doing agribusiness investment in Africa now. It’s a growing trend. Biofuels are certainly part of it.

So Chinese companies are following this trend. They are not so different. Chinese companies are exploring possible business opportunities, often on their own. This is a different picture than the one we see that says the Chinese government is leading the effort to acquire land to grow food to send back to China.

YCW: What can you tell us about public perception of China and Chinese in Africa?

YCW: For the last few years you have maintained a pretty active blog on China in Africa. In March you wrote about the responsibility of academics to blog, because it provides real-time information and is much more accessible than traditional publications—and you added, “blogging is far and away the most fun part of my professional life!”

DB: Yeah, my students weren’t so happy with that! They said, “We thought teaching us was the most fun thing you did.”

YCW: You also wrote that your blog has had far more reader engagement than you expected. How has this new channel affected your research or how you approach your work?

DB: I think it’s entirely transformed the lonely life of an academic. Normally you have a coauthor or a colleague that you’re working with on a project, so it’s a team, but it’s just a few people. And when you have a blog, you get this engagement with lots of other people at a very early stage.

For example, the [Sep. 28] blog posting on the title of my new book, there were a couple of dozen comments, I think maybe even 30 at this point: people making suggestions, and discussion about what the title ought to be, and it was really a lot of fun. So that kind of feedback is really helpful.

The immediacy of it is so nice, because when you write a journal article it can take easily a year after you write it before it gets published, and that’s if it gets in the first journal where you send it! If it gets rejected there it can be a year and a half or two years. So it’s so slow, and books are slow, too.

YCW: What advice do you have for up-and-coming scholars of China in Africa?

DB: I think we’re still at the start of understanding this really important new actor, China, as it moves outside of its borders. We have a long history of studying China inside China, and then we’ve also looked at Chinese foreign policy, and how it’s made in Beijing. But the understanding of China outside its borders, particularly in developing countries where it’s very active, we’re just starting to understand all of that, and there are still very few people doing research on it.

Understanding it, seeing how it fits historically into a pattern, what it’s going to mean for the future, what the impact is—we’re still relying on media reports for a lot of this, and that’s just not where we want to be. We don’t want to be making our own foreign policies or engaging with China on its actions abroad on the basis of media reports rather than substantive research. It can be quite problematic.

I know China and Africa’s not a huge concern in the United States, but even here getting the story right can influence public opinion about China. It can influence the way we talk to them. You can imagine, if we talk to them in these security and economic dialogues about Africa, and we say, “You know you really shouldn’t always be bringing in Chinese workers,” and they say, “Well what makes you think we’re always bringing in Chinese workers?” That’s not true. So if we start berating them about things that they’re supposedly doing, and they’re not even doing them, it doesn’t help with the dialogue.

It’s so important in the United States to understand China’s rise, and get it right, because misperceptions of this can have a huge impact.

Deborah Brautigam’s forthcoming book, Will Africa Feed China?, will be published summer 2015 by Oxford University Press. You can read more of her work at www.deborahbrautigam.com and follow her latest ideas at www.chinaafricarealstory.com