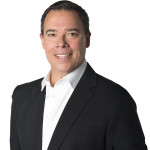 is chair of the advisory board for Southeast Asia and nonresident senior adviser for the Southeast Asia Program at the Center for Strategic and International Studies. In 2004 he founded BowerGroupAsia, a business advisory firm, where he is now president and CEO. Before creating his consulting firm, he helped to build and led the US-ASEAN Business Council, the leading advocacy group for trade between Southeast Asia and the United States.

Young China Watchers (YCW): You’re an advocate for closer ties between the United States and Asia. While President Trump recently said the U.S. is behind Japan “100 percent” following a missile test from North Korea, in previous comments he hasn’t indicated he holds the same view. What do you think would convince him of the importance of a closer relationship between the two regions?

Ernie Bower (EB): Trump is a businessman and a deal-maker. He’s very practical, if still unpredictable. Anyone who does the economic calculus is going to understand that Asia is the most important place for engagement by the United States, and we see that Trump’s foreign policy is already moving in that direction—a continuity toward Asia that has been bipartisan and has characterized U.S. policy for the past several decades. We saw that during Prime Minister Abe’s visit to Washington and Florida. We also saw it with Defense Secretary James Mattis’ Asia trip where he successfully reassured our friends in Seoul and Tokyo of America’s intention to uphold its commitments.

Trump has appointed some well-qualified leaders for key posts in foreign policy, who I don’t think need any convincing of the importance of closer relationships between the United States and Asia. America is interested, and it’s important to note that Asia is interested: Japan, Australia, India, most of the Asian countries that I’ve spoken with have echoed a strong interest in engaging with the United States. I suspect we are moving into a period of continuity in policy with fewer surprises, at least from the American policy point of view.

YCW: How are China’s relations with ASEAN countries evolving, particularly in light of its seizure of Singapore’s armored troop carriers and Japan’s $8.7 billion investment to the Philippines?

EB: China is still in the process of taking a larger role on the global stage, and in turn that has increased its engagement in Asia and Southeast Asia, in particular. In some ways that engagement is positive and it has been recognized as such. It’s good for China, the region and other countries like the United States. ASEAN countries welcome the foreign direct investments and infrastructure assistance that China has offered through its One Belt One Road plan. But there is a serious perception that China has accrued enough influence to disrupt or influence the interests, in some cases sovereign interests, of some Southeast Asian countries, and that is worrying the region and creating demand for more engagement from the United States and other nations like Japan and India.

The South China Sea is an interesting and obvious case where China’s actions have really posed a serious national security threat, or perceived national security threat, to the rest of Southeast Asia. Building structures on its artificial islands and housing surface-to-air missiles there has created anxiety in Southeast Asia, and the troop carriers’ seizure has created worry in Southeast Asia about what China’s intentions are in the near and long-term. In turn, there is strong and growing support for a more robust Japanese foreign policy and security policy. The $8.7 billion package that Prime Minister Abe promised to the Philippines in January, which he followed up with a $24 billion package in October, are soft loans and private investment that mean a lot to Southeast Asia. I would note that even President Duterte in the Philippines, who was vocal in his anti-American rhetoric when he was elected, has completely backed off that and is moving toward a reset with President Trump and doing things like quietly going ahead with the Enhanced Defense Cooperation Agreement.

YCW: Secretary of State Rex Tillerson recently said the United States will and should take a harder stance against China’s island-building in the South China Sea. Given this statement and others from Trump, what could potentially lead to positive developments in the SCS over the next years? On the other hand, what would be more likely to cause the situation to deteriorate?

EB: One of the persistent critiques of the Obama administration’s foreign policy is that it did not clearly define or indicate what line it was willing to defend with force, and the Trump administration has the determination and an opportunity to clarify that behavior. I think the new administration will try to more clearly define what it is willing, and not willing, to swallow in terms of China’s behavior in the South China Sea. Beijing perceived a gap in the Obama administration between the intent and capability of the White House in terms of its political determination to push back on concerns in the South China Sea. But I don’t think there will be a gap in the Trump administration, and that will actually be helpful because it will be clearer to Beijing what American policy is going to be in the region.

Overall, failing to communicate America’s interests or bluffing and saying we are prepared to do things we are not would lead to a deteriorating situation. I think Tillerson’s statements are probably a good omen, but they need to be backed up when China inevitably continues building on and militarizing those islands.

EB: First and foremost, regardless of what Xi said at Davos, China is not leading the world in creating a free market. The truth is it has erected some of the highest barriers to entry at any level. The environment within China is getting tougher, and these economic and commercial policies are primarily a product of China’s domestic political economy. Unless domestic political or economic levers change in China, I think it is unlikely that outside stimulus is going to dramatically shift the deteriorating environment faced by foreign investors. It’s tough, and it’s going to continue to be tough. Based on that, both the political and economic environment are prone to some change in the next year or so. China will have significant turnover among its leadership at the 19th Party Congress.

Leading up to this, Xi will be focused internally behind closed doors on parlaying the success of his anticorruption campaign into high-level appointments for his allies. But after that ends I think Xi will be strengthened, moving into his second term and able to focus more on policy and less on domestic politics. If he’s successful, he will have his team around him that share his vision and execute it. The broad consensus in Beijing is that the slowing economy has to be reformed, and I think Xi will focus on those reforms once his political footing is secure after the fall. It’s not clear to me in any way that Xi is interested in what we would call liberal reforms, and the concern for businesses is that even if he achieves political objectives next fall, he may not pursue a policy agenda like the one laid out in the 2013 Third Plenum and at the 18th Party Congress. China could remain to be a tough place to do business.

YCW: You’ve had tremendous success creating your own public policy consulting firm. What gaps do you see in the Chinese/Southeast Asian markets that could be readily filled by hard-working young people?

EB: It’s a really exciting time in Asia, and young people can help companies—and themselves—by learning about the countries and cultures, languages, communities, how people react to things, and what people in Asia want. There is greater demand for even the world’s largest companies to become more local in their thinking. I’m talking local down to the municipal and the community level—you have to convince people that what you are doing in their community is valuable and fits with their sense of identity.

I’m looking for people who have time on the ground, who have that historic and anthropological curiosity about how people work together, feel and think, which has crossed over into the digital world. It’s a new dynamic that has created a high value for people to use data and communication to effect policy change in Asia over the next decade, and that should be really exciting for young people.

YCW: If you could do it over again, what country would you pick if you were a young person today?

EB: India is fascinating—it’s a big place and going to play an important role in the 21st century. I think I’d double down and dive deep on India, whereas when I was getting involved in the mid-80s it was Burma that hooked me. It was like walking into a time machine. Burma captured me while the rest of Southeast Asia changed my life. But I think India now is a fascinating place because it will play a key role vis-à-vis China, and a key role in the regional architecture for economics and security. It has an incredibly undervalued potential.