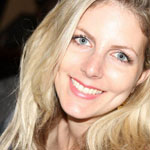 Jemimah Steinfeld is the Literature Festival Manager at Asia House and author of “Little Emperors and Material Girls: Sex and Youth in Modern China,” published in 2015. She has worked at the History Channel in London, gained an MA in Chinese Studies at SOAS, and spent a year in Beijing working full-time at a Chinese newspaper while writing for a series of Western outlets including CNN, The Guardian, Time Out, Vice and The Telegraph. She spoke for YCW London in July 2015.

Young China Watchers (YCW): With your latest book “Little Emperors and Material Girls: Sex and Youth in Modern China,” you established a social map of a young and striving Chinese middle class. You explore a diverse set of contemporary topics, including “leftover women” and perceptions of sexuality among young Chinese. How did your very interest in China and your focus on these topics in particular develop?

Jemimah Steinfeld (JS): My interest in China dates back to the moment I stepped foot in Shanghai. I went straight after finishing my undergraduate degree in 2006, and in the lead-up I was interested in a job in China as a good career starting point, but not in China as a whole. The second I got off the plane, however, and took in the vibrancy and richness of life there, I was hooked. Since then I’ve tried to channel this interest as much as possible. I compare China to a very difficult boyfriend. I’ll always love him and keep on coming back to him, even if he’s not always nice to me.

Sex and youth culture were always topics I was interested in irrespective of China. In terms of sex as a societal lens I have channeled an interest in it throughout my studies and career (I focused on sexual cultures in American slave plantations during my undergraduate years, and then sexual identity during the Cultural Revolution for my postgraduate years). As for youth culture, that was the one I was most exposed to during my time in China as I was a young person myself. That China is incredibly interesting in both those areas meant that I was able to marry my research interests with my age and experience. As anyone with sense says, write what you know!

YCW: You cover issues that might be perceived as sensitive but certainly as very personal. How did you manage to penetrate the family-focused Chinese society that is often perceived as hard to access for foreigners, gathering the insights you describe in your book? Do you have any advice and tips for researchers in the YCW community that face difficulties accessing the more private aspects of Chinese society?

JS: In all honesty this was the biggest struggle as people the world over don’t generally reveal much about their sex lives to a stranger, and even more so those in China. I tried to get around this through promising anonymity to those who wanted it. Some of the names are changed and surnames are rarely provided. I am also an over-sharer myself, and feel that through occasionally levelling with my interviewees I could get more candid responses. For example, when talking to women about anxieties regarding being single, it likely helped that I was a single woman around their age. Would they open up as much to an older man? My guess would be not.

That said, not everyone opened up and there were a few lines of enquiry that stopped dead. For instance, there’s a huge problem of erectile dysfunction in China and I was unable to talk to anyone about this besides a professor researching the topic.

YCW: The recent appearance of a sex-tape shot at a Chinese Uniqlo, its rapid spread on social media, but also the censor’s action against it seem to resonate well with your research. How tolerant are the Chinese public and the censors when it comes to the sexual motivations and its public expression of young Chinese today?

YCW: Beside the exploration of sexuality, you have been interested and engaged in the feminist movement and the role of women in Chinese society. Facing deeply embedded repressions, occasionally flare-ups highlight these repressions and seem to move the debate, such as the term “straight man cancer” (established in 2014 to describe sexist language around women and a discriminative behavior) and yin sheng, yang shuai. What did your research and experience working in China reveal on the perception of women in your focus group (i.e. young middle-class Chinese)?

JS: When I first went to China I vividly remember walking into my office building and a man not holding a door open for me, which swung shut in my face. Instead of finding this impolite, I thought it was refreshing: a move away from chivalrous ideas that men must “look after women,” which I traced to the Maoist idea of women holding up half the sky. Retrospectively it was a naïve and superficial view of Chinese gender equality, one that still dominates lots of discourse. It’s easy to trot out examples of gender equality—quotes from Mao, the number of women holding top jobs, and more—and conclude that China is doing well vis-à-vis the gap.

But this is a misrepresentation; beneath the surface another world exists. It’s particularly tough in terms of gender disparity for poorer women in China, though young middle-class women still suffer many setbacks. Pressures to marry early and be homemakers are felt strongly amongst this group. Hence I devote a chapter to the “leftover woman” title. Ideas of how a woman should behave branch out far beyond marriage and children. For example, home ownership is mostly seen as a male characteristic, so money is being channeled towards men. Promiscuity is also seen as a male characteristic, and this has led to an entrenched mistress culture.

Men are affected by the pressure to conform too, but the pressure is nowhere near as strong. The one area though where young middle-class women have made significant strides is in education, and now the number of women with degrees outstrips men. It’s just a shame this isn’t translated into successes later in life.

YCW: With your own research findings in mind, is there any issue you discovered that you would strongly recommend the YCW community to further explore, either because it has been largely neglected so far or because it is specifically important to you?

JS: The statistics about the number of women sexually assaulted by a close partner are staggering, and it’s a topic I wish I had been able to delve into further. I found it particularly alarming as the streets of Shanghai and Beijing always felt relatively safe for a woman at night compared to the streets of London. So to know that this was going on behind closed doors was astonishing, disturbing, and upsetting. I think there needs to be more research and awareness about this. I have so many questions for which I would like the answers.

YCW: Finally, based on your research and personal experiences made while living in China, do you feel particular positive or negative about the direction that life for young people in China is heading at the moment?

JS: That’s a really tough one to answer. I’m a fairly positive, glass half-full kind of person, and so I like to think that it’ll be a positive direction. There’s a lot of talk about the younger generation having lost their way and given into the money god over other values, but I have many good, young Chinese friends with huge hearts.

A trickier concern is the government, which exerts huge levels of control into the most intimate areas of people’s lives (the one-child policy, for instance). Under Xi Jinping, there has been a tightening of freedoms for everyone in China. I look back to 2006, when I first lived there, and I could access Facebook and other social media. Now I’m lucky if I can even access my emails when I return. If the youth want to keep (and even expand) their personal freedoms, it’s going to be a pretty steep upwards climb.