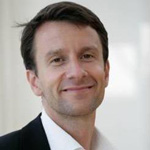 Jonas Parello-Plesner is a diplomat and scholar, currently working at the Danish Embassy in Washington, DC. He previously worked for the European Council on Foreign Relations (ECFR) as a China Senior Policy Fellow. He has written reports, op-eds and has been quoted in the Financial Times, Le Monde, El País, International Herald Tribune and European Voice. His recent book (together with Mathieu Duchâtel) China’s Strong Arm: Protecting Citizens and Assets Abroad was published in May 2015.

Young China Watchers (YCW): How has your experience as a diplomat and your academic writing on China fed into your work?

Jonas Parello-Plesner (JPP): It gives me practical experience working with China. Although the theme of the book was really developed at my time at the European Council on Foreign Relations (ECFR), in particular back in 2011 when China did the impressive evacuation of more than 35,000 workers out of Libya. Something new was afoot for China as an emerging great power. I wrote a paper at ECFR on it and an op-ed in Financial Times.

Later it developed into a book contract with the IISS. And from then on it has just been hard work to get the book finished. Luckily the theme has only become more topical since then. Most recently, China used military means to evacuate both Chinese citizens and other foreign nationals from war-torn Yemen in March.

YCW: In the book you argue that the Chinese government cannot keep up in providing safety to its citizens abroad at the pace that it is developing its external activities. Beijing is only able to react to specific events rather than being able to provide a blanket of security to its citizens around the world. However, more and more Chinese companies are encouraged to “go out” into crisis regions, in addition to the increasing number of Chinese tourists who are heading out around the world every year. How do you see China developing the capabilities to protect its citizens abroad, especially if it is Chinese nationals who are being specifically targeted?

JPP: The Chinese government is reacting to events. In that sense, there is no grand plan made in Beijing. On the one side, there is a growing commercial footprint and Chinese workers and tourists all over, leading to what we call China’s new global risk map. Chinese companies are in hot pursuit of oil and natural resources abroad, particularly in Africa. China has left few regions of the world unexplored, and is now promoting the construction of a ‘New Silk Road’ from Asia to foreign markets in Europe and eastern Africa.

At the same time China has increased its capacity and willingness to protect nationals and workers abroad. In Libya, China managed to evacuate more than 35.000 people within 12 days. Alongside this capacity we also see willingness as protecting nationals abroad has become part of the official party nomenclature. 海外公民保护 (haiwai gongmin baohu – citizens’ protection abroad) was added to the Communist Party’s priority list at the 18th Party Congress in 2012 and in 2013 the protection of nationals overseas was even included as a priority task in the White Paper on Defense.

YCW: How might the reactions to perceived Chinese security threats at the domestic level, e.g. its “war on terror” and anti-separatist crack-down in Xinjiang, compare to those in the international sphere? Is there any particular link between the two threat pictures from your view? Will China act more aggressively against perceived threats abroad and how is it going to justify this behavior?

JPP: You can see this from two angles, from the theme of our book, protecting nationals or under the theme of terrorism. In the case of Afghanistan and Pakistan there is an external dimension in protecting Chinese workers while at the same time China has a domestic interest in ensuring that Chinese Muslims don’t join training camps in these countries. An additional fear is that some of these potential threats of terrorism abroad might spill over into China.

YCW: You developed a new risk map for China in your book in which you show the multitude of incidents involving Chinese citizens all over the world in the past 10 years. However, many of these incidents are underreported in traditional media. In the book you describe responses of netizens to specific attacks on Chinese nationals demonstrating increasing public awareness notwithstanding the lack of formal reporting. What role can new media play in raising awareness or putting pressure onto the Chinese government to take action?

One of the case studies in the book is the Mekong River where back in 2011, 13 Chinese sailors were killed in a very brutal way. That story made the rounds quickly on social media. That created a sentiment that the government had to do more. In the end the government was susceptible and engaged with neighboring countries of the Mekong River to chase down the culprits and to establish more security on the Mekong. In turn, China established itself as a local river cop.

Public opinion will continue to play a role in these types of crisis because social media amplifies when Chinese nationals are threatened, kidnapped, or even murdered abroad. The Chinese government wants to show strength and fulfill the expectation that China as a great power can do more for its citizens abroad.

YCW: China largely relies on host governments to protect Chinese nationals and commercial interests abroad and therefore encourages strong diplomatic ties to these countries. What possibilities do you see for closer cooperation in this area between China and other (third) countries, especially in crisis situations and what might such cooperation look like?

JPP: The default position for China is strong ties with the host government, which should take care of the internal security situation. When Xi Jinping recently announced a large investment project in Pakistan, part of the public message was that Pakistan should also be able to protect the Chinese investments and workers. But China has also realized that this doesn’t always work. In the case of weak or unstable host governments, China also reaches out to other actors to hedge its bets against future changes, for instance in Pakistan, South Sudan or Syria. This is a new way China deals with instability and quick changes in power. My sense is that China learned from the Libyan case, where China retained relations with Gaddafi and the Chinese company Norinco (北方工业) allegedly continued arms negotiations with the Gaddafi government, making it very hard for the Chinese quickly establish relations with the new power brokers in the Libyan National Transition Council.

In some cases China is cooperating internationally. With NATO and the US withdrawing from Afghanistan, China has taken a much larger interest in political reconciliation and cooperation with the US in this area.

In the Sudans, where Chinese state-owned companies ventured exclusively for oil but subsequently, with the rest of the Chinese government, had to deal with attacks on Chinese nationals and unwanted foreign-policy conundrums such as South Sudanese independence. The commercial and human presence gradually led to a more proactive Chinese approach to securing national interests. This has now extended to the fielding of Chinese combat troops as part of a United Nations mission. China has long been a major contributor to peacekeeping operations but had until very recently refrained from dispatching combat units. In addition, China has managed to include the protection of oil workers into the UN mandate using the existing system for the protection of its assets.

YCW: From your experience as a diplomat and researcher on China, what advice do you have for young China watchers seeking to embark on a diplomatic career and what are the biggest differences to look out for in this regard between your current place of work, the US, and Europe?

JPP: China is immensely fascinating for Europeans and Americans alike. It is a defining part of the 21st Century and the evolution of the global – hopefully still liberal – order. And China is too important to be left only to the Sinologists so everybody should try to dip their toes into understanding the many aspects of the rise of China.

If you ask specifically about diplomacy, I hope that Europeans will be a bit more inspired by the American system of revolving-door career, moving in and out of diplomacy to private sector, think tanks and other fields. In most European countries diplomatic service is still a very classical discipline: you enter at a young age and stay within the system. In contrast, the American system with political appointees creates more of a flux between think tanks and diplomatic and governmental work.

By experiencing different ways of looking at things or cooperating in different ways than in classical diplomacy you can infuse new ideas into diplomacy. Looking at it from the other way around, think tanks and research could gain people with policy experience, increasing their ability to produce real policy analysis. It is good to have a mix of both, a good scholarly background but also trying to work with some of it in practice.