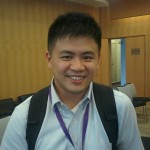 Dr. Ka-Kin Cheuk is a post-doctoral researcher at the Leiden University Institute for Area Studies (LIAS). Among other things, he specializes in the anthropology of migration and transnationalism, ethnic entrepreneurship and business studies, and immigrants in China. Much of Dr. Cheuk’s work has been informed by his fieldwork in China where he conducted ethnographic research on Indian traders in Zhejiang. He was previously a Swire Cathay Pacific Scholar at St. Antony’s College at the University of Oxford, where he attained a D.Phil in Social and Cultural Anthropology.

Young China Watchers (YCW): How did you get started researching the topic of Indian migrants in China? In particular, how did you come to focus on fabric traders in Keqiao, Zhejiang?

Ka-Kin Cheuk (KK): I began to research Indian migration during my undergraduate and master’s studies in Hong Kong. During my time there, I spent over five years researching the local Indian Sikh community, an ethnic minority that often suffers from cultural misunderstanding and racial discrimination in Hong Kong. This research exposed me to the fascinating story of the Sikh migration. I became particularly impressed by the resilience of their transnational family networks, which usually link the Sikhs to a global web that facilitates not only the migration process, but also the flows of religious ideas, work opportunities, and business capital.

When I embarked on my doctoral studies in Britain, a few Indian friends in Hong Kong suggested that I do fieldwork in Keqiao, a third-tier mainland Chinese city in eastern Zhejiang province, where there were (and are, still) a few thousands Indian traders. I took my friends’ advice, mostly because of curiosity.

That was how I came to realize the larger significance of Keqiao. This place is not only a “Little India” in China, but also a bustling wholesale market of commodity “fabrics”—the semi-finished, lightweight textiles that are industrially weaved, knitted, dyed, embroidered, and printed before being traded. The fabric economy in Keqiao is remarkable: Every year about one-third of the fabric made in China is traded in Keqiao, with its export destinations covering over 180 ports around the world. However, the local fabric market is structurally marginalized in the global economy. The fabric industry, located upstream of the global textile supply chain, retains only 2-5 percent of the total profit share. A lion’s share of profits goes to the global retailers in the downstream, like ZARA and H&M.

The continuing structural inequality configures the dual business ethics of Indian-Chinese trade in Keqiao. That is, while maintaining business relationships, both sides have to exploit each other in cutting as much trading costs as possible in order to survive. For me, it is important to study such dynamics of everyday trade, as it reveals how a local economy can still work against all odds in the face of globalization.

YCW: How were you received by Indian and Chinese traders in Keqiao?

KK: I had a very difficult time starting my research. I had to start everything from scratch: knocking on office doors and cold-calling strangers to “sell” my research. Many of these strangers have since become key informants and lifelong friends. But there were also depressing moments when I was immediately kicked out, being suspected as a commercial spy or a government agent! Indeed, it is always challenging to conduct fieldwork within a business setting, especially in the fabric market where competition is fierce.

In general, Chinese traders were more willing to trust me as a researcher. As a Hong Kong Chinese, I first assumed that it was probably because of my cultural familiarity with them. But I later found that the reason was exactly the opposite—they thought that I was very different from most of the Chinese people in Keqiao! Nearly all of my Chinese informants said they could tell at first glance that I was not a local. My strong Canton-accented Mandarin and Hong Kong-accented English, in particular, convinced them that I was not a Chinese businessman in Keqiao. It was not so easy for my Indian informants to identify my outsider status in a similar fashion.

YCW: You’ve traced the prejudice against Indian traders to certain historical events, migrants’ cultural reproductions, and hyper-competitive business practices. To what extent is this framework relevant to broader prejudice against migrants throughout China?

KK: I believe that this framework is useful in unfolding the complexity of racial prejudice in a Chinese setting. In China, it is rather common for South Asians and Africans, for instance, to experience verbal abuse or other forms of racial prejudice because of their skin color. This also happened in Keqiao, as I mention in my article. But in Keqiao, these prejudices have not hampered the Indian-Chinese trade in a practical sense—while Chinese suppliers may be prejudiced against Indians, they still work together as long as there is money to be made. In other words, it is possible for people to engage in trade even without cultural understanding or mutual respect.

In so-called Western-centric migration studies, assimilation and integration or the “fight against racial prejudice” is always a central topic for anthropologists and sociologists. In the context of China, things are a little bit different. China is not an immigrant country and there have been few reforms in immigration law. It’s not quite relevant to discuss integration when, legally, there isn’t a platform for integration. Yet even though Indians in Keqiao are not recognized institutionally as immigrants, they still enjoy life as businessmen! So rather than simply discussing the “fight against racial prejudice” in China, I think it would be more productive to learn how economic partnership is cautiously sustained in culturally challenging conditions.

YCW: The “Yiwu Incident” in 2012 involved the detention of two Indian traders, which led to the supposed ill-treatment of an Indian diplomat. How do you think the Indian fabric traders of Keqiao can avoid a similar event? How can migrants overall be better integrated in China?

KK: When I asked my Indian and Chinese informants about the Yiwu Incident, they said that similar business disputes occur very often in Keqiao. They were willing to risk trade disputes when trading. Nonetheless, they do not put all their eggs in one basket. Most often, an Indian trader would not buy from just one Chinese exporter; rather, they would handle several deals at the same time. This not only created capital flows, but also re-distributed the risks—as long as one could make money eventually, say after a year of work, it did not matter if some deals soured.

Unfortunately, such trade dynamics would easily be ignored after a succession of trade disputes in Keqiao or nearby places like Yiwu. Moreover, the lack of cultural integration in Keqiao also obscures how Chinese and Indians work together in reducing the risks in running their businesses. I believe it is more useful to look into the everyday nuances of trade operation, since it unpacks how the traders systematically manage risks and try to sustain the fabric trade in the long run.

YCW: You have suggested that the Yiwu Incident highlighted a sense of misrepresentation by the popular media which primarily reported on conflict between India and China. How would you weigh the extent of this misrepresentation?

KK: Both Chinese and Indian media speculate that the Yiwu Incident would damage Sino-Indian relations. At the state level, this appears to be the case. To this day the Indian Consulate in Shanghai publishes a warning against Indians doing business in Yiwu. Negative perceptions between the two sides seem to perpetuate online even after some years.

Nonetheless, there is actually a very different story in Yiwu. India became Yiwu’s second-largest export destination in 2013, only one year after the incident! We clearly need more ethnographic work to explain why that is the case, potentially unveiling the long-term developmental potential of a transnational trade economy. This is what I try to do in counterbalancing the popular media, which tends to simplify the cause of trade disputes and stereotypes traders on both sides.

YCW: How do you see your work fitting in with the wider scope of China-centric anthropology?

KK: With a special focus on everyday trading activities in China, my research captures how traders create and sustain a dynamic business niche despite being structurally marginalized in the global economy. In one sense, what these traders have been doing is quite similar to what Asian Studies scholars are often committed to achieve: generating new theoretical perspectives through studying Asia from below and, in doing so, to challenge the Western-centric theoretical discourse in social science and humanities. This is what some scholars term as “Asia as Method” and, in anthropology of China, what Leiden University’s anthropologist Frank Pieke calls a “China-centric approach.”

My thoughts are that we should not directly apply Western theories to analyzing Asian societies. Especially in the case of Keqiao, many important things will remain hidden if we simply impose such theories. Asia—and the broader “Global South”—can still critique the Western-dominated global hegemonic structure from its disadvantaged position. Learning from the traders in Keqiao, I believe that Asian Studies should employ similar “survival strategies” in explicating our own significance and attempting to counteract the existing power inequality.