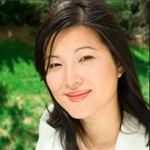 Mei Fong is a Malaysian author and journalist. After attaining a master’s in International Affairs at Columbia University, she joined the Wall Street Journal, where she won a shared Pulitzer Prize for her stories on China’s transformation ahead of the 2008 Olympics. Her coverage of China’s migrant workers won a 2006 Human Rights Press Award from Amnesty International and the Hong Kong Foreign Correspondents’ Club, as well as awards from the Society of Publishers in Asia and Society of Professional Journalists. Mei is currently a fellow at the think tank New America. Her book “One Child: The Story of China’s Most Radical Experiment” was published in November 2015.

Young China Watchers (YCW): What was the reporting environment in China like when you were posted to the Hong Kong and China bureaus of the Wall Street Journal in 2001?

Mei Fong (MF): Hong Kong is a way station for a lot of people who want to get into China. It’s particularly hard to get a journalist visa in China, so some media companies like to post you there to begin. Reporting in China then was a little closed off, although you might argue that it’s even worse now. You had to get a visa and be invited into the country, sort of like a vampire. I would spend a lot of time looking for opportunities like trade fairs, cultural shows, or whatever would garner me an official invitation.

In 2006 I was accredited in Beijing, and in theory that meant I could only report around Beijing. If I wanted to report elsewhere, I had to get invited by local authorities, which was too bureaucratic for breaking news or controversial stories. I remember sneaking down to Fujian to do a story about a cancer village. I hid my notebooks in my clothes in case we got stopped; authorities were a little more circumspect about searching women. The public security people showed up, and they were all women. They didn’t search us, but told us to leave and escorted us down the mountainside. When we got back to the city, I was still worried that they would come back and search us, so we ended up overnighting in a bathhouse. You don’t have to supply your passport, so you can check in anonymously and sleep on a big couch with an assigned number.

YCW: You wrote gripping articles on the “invisible army” of migrant workers in China in the mid-2000s. Have the risks facing the migrant worker population changed or attenuated since the Beijing Olympics?

MF: I always chased stories that illustrated a bigger theme or principle. For a long time, my beat was manufacturing and trade. When you talk about garment quotas and WTO regulations, your eyes glaze over, but drill down to a deeper level and it’s about the $10 t-shirt purchased at Walmart and made in the small village in China. Behind the great wheels of industry, there are a lot of smaller cogs, and I found the small cogs fascinating to illustrate the bigger principles.

I did the story on migrant workers because there was a huge buildup of Beijing before the Olympics, cranes everywhere and buildings coming up in no time at all. Enormous billboards covered the construction sites, and I wanted to go on the other side. It wasn’t easy because I’m a foreigner and a female. I looked for legal aid bureaus working with construction workers, and started making friends with them. Once, they smuggled me in so I could see their worksite.

I wrote that their lives were very harsh: They lived away from home, sometimes got cheated out of wages, had no running water, and awful worksite conditions. The issue now is that these industries are slowing down drastically, so there are a lot of layoffs. What happens when the boom is a bust? Suddenly there’s no jobs, no money, and you’re returning home to a place and people that barely know you. I would say that would be the interesting story now: the return home.

YCW: Congratulations on the publication of your book on China’s one-child policy. Can you describe your approach to this complicated topic?

MF: A lot of foreign correspondents write a book to commemorate their time in China. It occurred to me that nobody had written the big-scope book on the one-child policy, everything from the origins to the actors to the impact. I was also predisposed to think along those lines because of personal issues. I had a miscarriage when writing about the 失独父母 (parents who lost their only child) in Sichuan after the big earthquake. I also struggled with infertility and went to an IVF clinic in Beijing. Suddenly fertility and questions of why we become parents were at the forefront of my mind. I felt these were also universal questions that went beyond China.

Most of what is written about the one-child policy is at an academic level. I stand on the shoulders of really smart people like Susan Greenhalgh at Harvard. She has a great body of work that looked at the origins of the one-child policy and how it involved defense scientists. There’s also the new generation of demographers, people like Wang Feng who famously called the one-child policy a greater disaster than the Cultural Revolution. There were economists like James Liang—in his day job the CEO of Ctrip—who wrote about the impact on the economy. There’s a famous book written by Valerie Hudson and Andrea M. den Boer that speculates on whether China’s future state will be more muscular and aggressive because of the bare branches issue. I wrap all this research up with stories about what it’s like to be in a gender imbalanced society. So I do things like go for mass dating and visit single men in their homes. This is meant for the general reader. 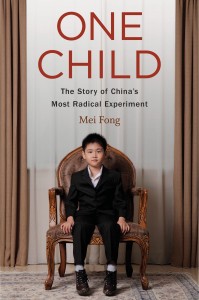 YCW: How can we reconcile the positive and negative consequences of the one-child policy? For instance, the policy has led to a significant gender imbalance and forced abortions in China, but some suggest it helped skirt the perils of overpopulation.

MF: I think there were some redeeming qualities. But at the same time I’m astonished by the number of people who don’t know much about the policy and have come to erroneous conclusions. One of the big overarching myths is that the one-child policy helped China economically and helped the world ecologically and environmentally. Maybe it did a little bit, but the question is: Could this have been done better? There’s an assumption around the policy that it was the be-all-and-end-all to rein in the world’s largest population, when it’s very clear that many of China’s neighbors managed to do precisely that thing without having to resort to anything as drastic or coercive as the one-child policy. If those methods had been adhered to, then we certainly wouldn’t see the demographic disaster that China is now engaged in, where you have a too-old, too-male, and too-few population looming ahead.

YCW: China announced a two-child policy last year amid concerns over its graying population. Is the relaxation of population policy coming too late?

MF: The very fact that China has shifted to a two-child policy, and will probably lift all restrictions down the line, is a strong indication that things need to change. They’ve switched tack to the point of encouraging people to have children, but almost no modern country has been able to reverse this trend. Perhaps France has stabilized at two children per family, but that’s only after spending a huge amount to do so: packages on maternity benefits, free schooling, and so on. No country has a solution that China would be interested in emulating, suggesting that China is going to be on its own. Certainly, I am of the camp that it is too little, too late. Even if you do galvanize the country into producing more babies, it takes 20 years on average for these babies to grow into workers. This means there’s no altering the course for the next 20 to 25 years.

Now what else can be done along the scale? China has not historically been very open to immigration; it is a very Han-based culture. They announced an overseas Chinese card as a way of making it more attractive for overseas Chinese to move to China, but those numbers alone will not suffice. They need a whole package to inspire people to have children, while struggling with a population of retirees bigger than all of Europe, with all the attendant issues. The question is: Where is the money going to be allocated and how much?

YCW: Having studied the long-term transformations under China’s one-child policy and urbanization campaigns, what is the next major story or slow-burning trend on your radar?

MF: For a long time, the story was China’s rise. A lot of people were almost too enthusiastic, in the direction of, “China’s going to take over the world!” Now is the beginning of the slide: China’s decline, China’s collapse, China’s slowdown. Maybe the caution there is not to go too much in the other direction, until we see more signs.

I never thought of myself as a China-watcher for a long time. When I was growing up in Malaysia, I wasn’t at all interested in China. But China as a story became so interesting. I used to tell people that China was the best foreign assignment you could have without having to wear a flak jacket. In terms of advice, I wished I’d learned Mandarin in school. I still struggle with it now, so for people who are starting out, work at it. I also love that China podcasts have exploded, from Sinica to the National Council of U.S.-China Relations to the Council on Foreign Relations podcasts. These are all great to keep abreast of things. The name China-watcher is kind of hard. Nobody says “an expert on America,” and expects that person to know everything from the economy to the Civil Rights Movement. Somehow with China we have that expectation.